Cottage an idyll labour of love 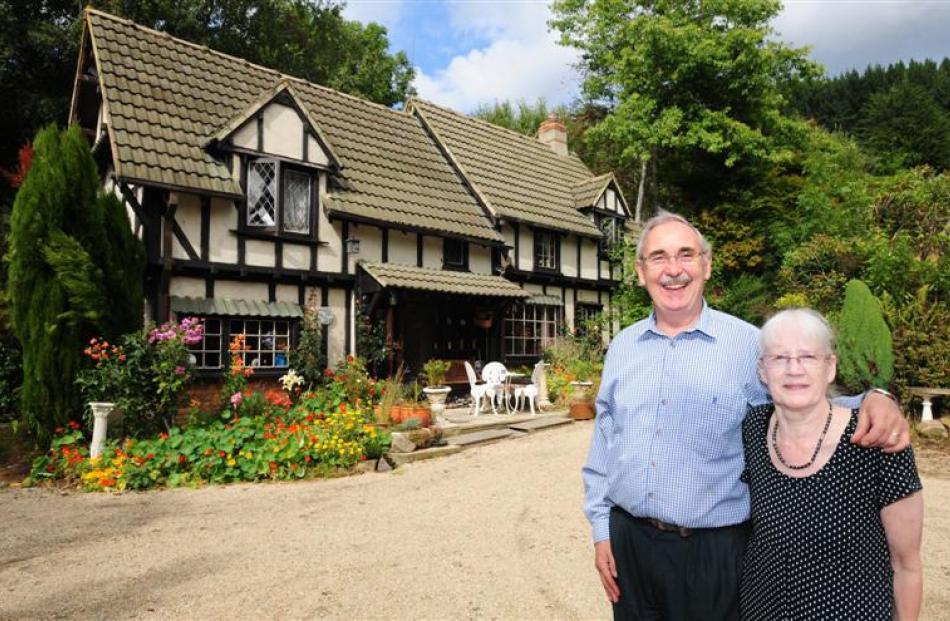 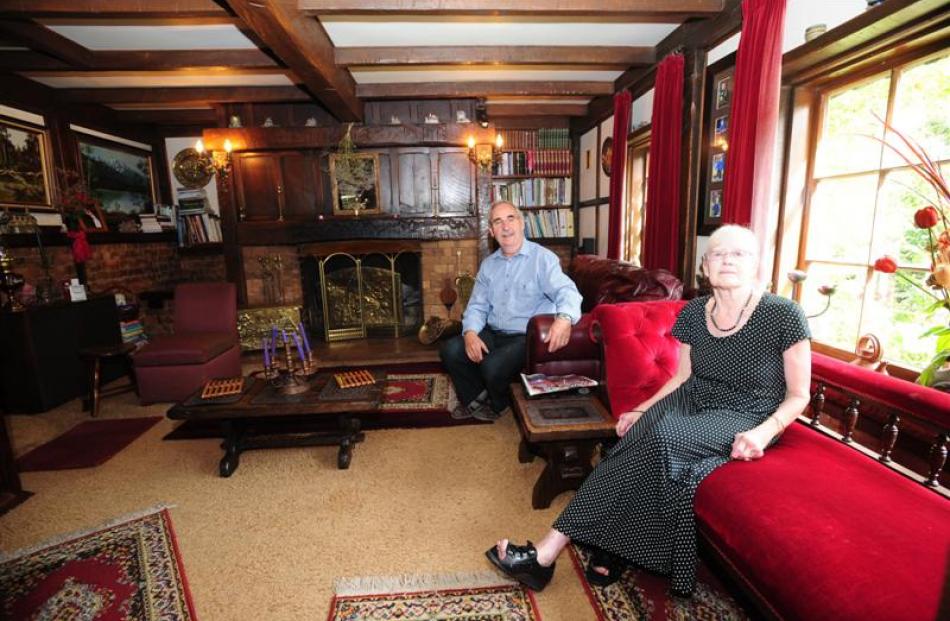 Winchmore, in the Dunedin suburb of St Leonards, looks like it was built by Otago's English settlers as a reminder of the Elizabethan period. But as Kim Dungey learns, its history is much more recent.

The history of this home overlooking the Otago Harbour in fact dates back to the latter part of last century, having been constructed about 40 years ago by the late Tom Mutch, host of a television gardening programme.

Even more surprising, the house began life as a plant market, with a flat above.

Transforming it into a home was a labour of love for Mr Mutch, a landscape gardener who found his plant market surplus to requirements.

Mr Mutch had decided he would much rather create gardens than sell plants for them.

The shop he had used for displaying, wrapping and selling plants became the sitting room of the house, while the adjoining office became the kitchen and the dining room.

The former upstairs flat was transformed into two bedrooms and a bathroom-laundry.

Winchmore is unique in that everything was designed and built by the owner, who eschewed veneer finishes, plastic imitations and factory-made items for exposed beams and rich panelling.

The front door alone is about 7cm thick and planked and bolted together with 72 bolts.

Windows, as befitting the Elizabethan period, are small but plentiful.

Macrocarpa from the site was used for the basic construction of the cottage, as well as for decorative panels and other interior fittings.

Mr Mutch sent the largest logs to a mill on the Taieri Plain and cut others on site.

The plant market was part of a small farm, where he and his wife, Esme, also had an orchard, a vegetable garden and an English-style flower garden.

Son Paul says his father looked on the build as relaxation and referred to it as his "golf".

His father also worked on theatre backdrops, was interested in history and was a tenor who sang in Italian and French operas: "He saw it all, whether it was a garden, an opera or a painting, as very much of the same world."

Gordon and Sandra Sasse love living in their romantic cottage with its chocolate box views inside and out.

"Every room's on a different level and every window and architrave is completely different," says Mr Sasse, of the distinctive St Leonards house they bought 28 years ago.

"You live here five years and you still find something obscure."

"I was teaching in Invercargill and got the Otago Daily Times to see the hatches, matches and dispatches . . .

"It was called a gentleman's residence . . . and it was all the things I'd ever wanted in life."

One of the main attractions was the "beautiful" surroundings, he says.

Nestled on 6.8ha of land above Blanket Bay Rd, between Dunedin and Port Chalmers, the home has no views of neighbouring houses, only of the garden and Otago Harbour.

And inside, it oozes character, with heavy doors, rustic beams and plenty of nooks and crannies.

The main bedroom has a sloping, beamed ceiling and a window strategically placed for views of the water: "The sunrise comes right across the harbour and you just want to bounce out of bed."

Since moving in, the couple have added more lighting and closed in the entrance with doors from the old Port Chalmers picture theatre.

They also replaced the orange Formica bench in the kitchen with a rimu one, adding a butler's sink and a free-standing pantry.

Mrs Sasse says she "fell in love" with the house as soon as she saw it: "It's very English, completely different and you've got your own surroundings."

However, she knows that some people would find the rooms too small.

One problem with the old English houses their home was modelled on was that they had neither practical kitchens nor wardrobes: "We've got too much [stuff] for this darling little place."

But the couple add their two sons did not mind sharing a bedroom when they were young and enjoyed "unlimited" outdoor experiences on the surrounding land, part of which is now for sale.

"The outdoors became their indoors and we didn't see them from daylight to dark."

Initially, Mr Sasse worried what the weather would be like on the west side of the harbour but he says the valley is frost and wind-free, with plants doing so well they quickly become overgrown.

Even nice hotels seem boring by comparison and whenever they stay in one, they can't wait to get home, he says, pointing out the panelling in the character-laden sitting room.

"You put a fire on in here and you feel like a king."