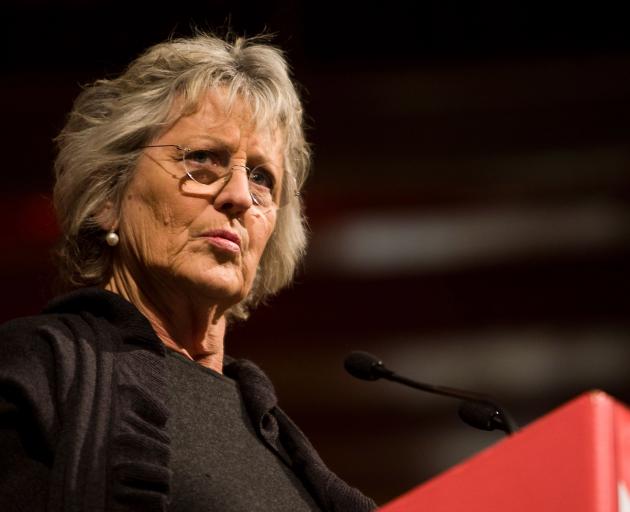 Germaine Greer is always her own best material. It’s her voice that sets her work apart, and her inimitable tone — earthy erudition spliced with abrasive advocacy — that gives The Female Eunuch its unique narrative power. PHOTO: GETTY IMAGES

Author and Observer writer Robert McCrum loves a good list. Thus he has crafted a definitive selection of essential works of non-fiction, classic titles he believes have had a decisive influence on the shaping of  our imagination — economically, socially, culturally and politically.

His choice for No 13, the final in our Summer Times series, is The Female Eunuch, Australian feminist Germaine Greer’s famous polemic, which remains a masterpiece of passionate free expression.

In the literature of gender identity, The Female Eunuch is already a classic, a bestselling masterpiece of passionate free expression by a writer steeped in the English literary tradition.

Australia's Germaine Greer, the woman who has described herself as "an anarchist, basically'', was captured in an Observer profile of 2003: "She has been in the business of shaking up a complacent establishment for nearly 40 years now, and was employing the most elemental shock tactic of getting naked in public both long before and long after it ever crossed Madonna's mind. Indeed, she has never shied away from exposing herself; whether photographically, in counterculture periodicals such as Oz and the unambiguously titled Suck, or in memoirs such as her 1990 book Daddy, We Hardly Knew You.

"She has repeatedly written about her own experiences of lesbian sex, rape, abortion, infertility, failed marriage (in the 1960s she was married to a construction worker for three weeks) and the menopause, thereby leaving herself open to claims that she shamelessly extrapolates from her own condition to the rest of womankind and calls it a theory. She is the original mother of reinvention.'' 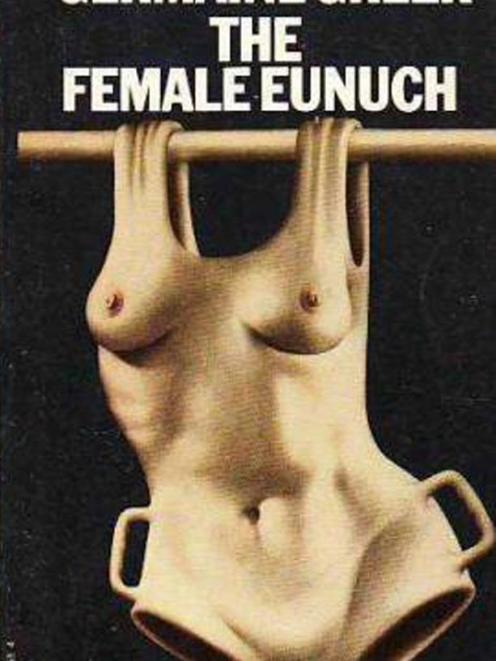 Greer is always her own best material. It's her voice that sets her work apart, and her inimitable tone - earthy erudition spliced with abrasive advocacy - that gives The Female Eunuch its unique narrative power. When he reviewed The Female Eunuch in The Observer, Kenneth Tynan recognised this. He wrote that Greer "has converted me to women's lib, as much by her bawdy sense of humour as by the bite of her polemic''.

From first publication, this liberating, sometimes intimidating book soon became mythologised. As a revolutionary manifesto, there are many things it's not: principally, it's not about sexual equality for women of the world, though that may have been a message her readers took away. Greer's explicit liberation struggle focuses on the self, not the collective. She wants a new society in which women write their own script, set their own agenda, and make their own deep personal choices. The "women'' Greer addresses are not the majority of womenkind - she concedes that she does not "know'' poor people - but people like herself, university graduates, the comparatively privileged members of the Western democracies. The books her work complements are Betty Friedan's The Feminine Mystique and Kate Millett's Sexual Politics, both of which are less accessible, and more earnestly part of the women's movement in its early days. From that springboard Greer, the self-confessed "anarchist'' (elsewhere, a "privileged escapee''), was able to vault over a lot of tedious barricade-building before establishing her own risky and raucous front line in the sex wars of the late 20th century.

Greer herself was under no illusions about her place in the maelstrom of socio-cultural change that exploded around her in the late 1960s. Her work, she declared on the first page of The Female Eunuch, was just "part of the second feminist wave''. This, for some, was about the forging of a classless society and the withering away of the State. Not Greer. Where once, in suffragette days, genteel middle-class ladies had clamoured for reform, the Greer of circa 1970 wanted one thing: freedom. "Freedom to be a person, with the dignity, integrity, nobility, passion, and pride that constitute personhood. Freedom to run, shout, to talk loudly and sit with your knees apart.''

In retrospect, perhaps disingenuously, she hoped her book would "quickly date and disappear'' as the feminist revolution swept all before it. The movement, of course, did no such thing, and Greer's bright hopes for "a new breed of women'' for whom her analysis of "sex oppression in the developed world in the second half of the 20th century would be utterly irrelevant'' still remain unfulfilled. But the temptation now to read The Female Eunuch as outmoded, suffering the fate of all polemical literature, would be to overlook its staying power as an inspiring beacon amid a hurricane of social change.

The incandescent energy that promoted The Female Eunuch's ecstatic iconoclasm, especially to the new generation of the 1970s, came from a young woman who was just 31 on publication, craving freedom from the suffocations and cruelties of patriarchy, freedom from condescension, casual humiliation and abuse. Greer's was a manifesto for a showdown with the opposite sex.

"Most of the women in the world,'' she writes, "are still afraid, still hungry, still mute and loaded by religion with all kinds of fetters, masked, muzzled, mutilated and beaten''. However, the argument she makes about female submission in a patriarchal society is framed in terms of "liberation'', not "equality''. Despite occasional references to the new left, there is a striking absence of class war in The Female Eunuch.

She opens with a section on the body, because it is impossible, she declares, "to argue a case for female liberation if there is no certainty about the degree of inferiority or natural dependence which is unalterably female . . . We know what we are, but know not what we may be, or what we might have been.''

Juxtaposed with the body is not the mind, as one might expect, but the soul, which is enslaved to the subtle tyranny of all-pervasive male fantasies, anatomised in a passionate sequence entitled "the stereotype''. It's here that the narrative and many of its more fervent declarations ("I am sick of the Powder Room'') now read like a first draft for its author's autobiography, and sometimes even like a fragment of literary criticism.

The second half of The Female Eunuch delves first into love (and its paradoxes), and then segues, with the decibels rising, into hate ("women have very little idea of how much men hate them''). Greer's chapter on abuse is prescient and literary, devolving into a brilliant passage of linguistic analysis leavened with quotations from King Lear, Frank Zappa and Schopenhauer. This, unequivocally, is a book of its time and its place, a book whose subject young Dr Greer would have debated in many Cambridge postgraduate seminars during the 1960s.

The Female Eunuch closes with a call to arms, a passionate but vague appeal for revolution, a rhetorical flourish which must, to any committed 21st-century feminist, seem almost comically thin. "The surest guide to the correctness of the path that women must take,'' instructs Greer in her closing pages, "is joy in the struggle''. What might that be? "Revolution,'' she declares, "is the festival of the oppressed. For a long time there may be no perceptible reward for women other than their new sense of purpose and integrity. Joy does not mean riotous glee, but it does mean the purposive employment of energy in a self-chosen enterprise.'' These words might almost be a definition of Germaine Greer's subsequent career path.

Social earthquakes of any consequence have their absurdities and confusions. Going over the top is part of every revolutionary's job description. The radical feminism of the 1970s has worn about as well as the radical socialism that preceded the Thatcher counter-revolution, which is to say: quite badly.

Nevertheless, women's lib, combined with the new left, did achieve lasting social and cultural change. The Female Eunuch was one of many catalysts in that ferment, with Germaine Greer its merry and dazzling provocateur, a mischievous hybrid of lab assistant and sorcerer's apprentice.

Nearly 50 years on, who could not find it in their hearts to salute the queen of such revels?

Greer in NZ. What they said:

Germaine: "Bullsh*t".
The law: 'Summons here for Court appearance".
Christchurch tonkies: 'Is she germane? To the issues? Is she?'
East Side Tory: 'Very witty, Wilde'.