As part of the University of Otago's 150th celebrations it has run a new creative writing competition, "Writer''. Here is the winner in the staff prose section.

I like cleaning in the evenings, nobody around giving me a hard time, just me and the dirt ... and the full rubbish bins ... and the sticky toilet seats ... better than cleaning in the morning. Linda does the morning shift down at the office block, early start and too many people. And she doesn't empty the bins, she misses out on all the fun ... Here, another 150th anniversary thing, you should be in the blue bin, not the rubbish bin, tss tss. Dare to be wise, a writing competition, whatever next? Cake decorated with the most realistic clock tower? Gee, what did they do to this toilet?! Poetry ... When I scrub, I get a good rhythm going that goes well with poetry. Or at least goes well with songs and things that rhyme ...

Cleaner, dare to be wise,
and mop up all the dead flies.

That sort of thing. Poetry for me just brings to mind ditties, smutty ditties as that. How did that Monty Python one go that Charlie liked to sing when ... you know ...

I like to hear you oralize
when I'm between your thighs:
Dare to be wise!

But I doubt that's the thing they're after. Anyway, these mottos get on my nerves. Be wise! Show respect! Value diversity! Even Lily's school with this ``Be courageous''. For little kiddies who don't even know how to spell that! How about: ``Aim for the bowl, not the floor'', that would make a difference to my life ... And anyway, as if wise was something you can achieve with a bit of effort and goodwill. Come on, try a bit harder! There! Wise now, see? Doesn't work like this, does it? Wisdom is not an effort of will, it's something that comes to you over time, no?

A poem about ``dare'' and ``wise''.
Books and vouchers are the prize.
Now I scrub and agonize
what exactly wisdom implies. 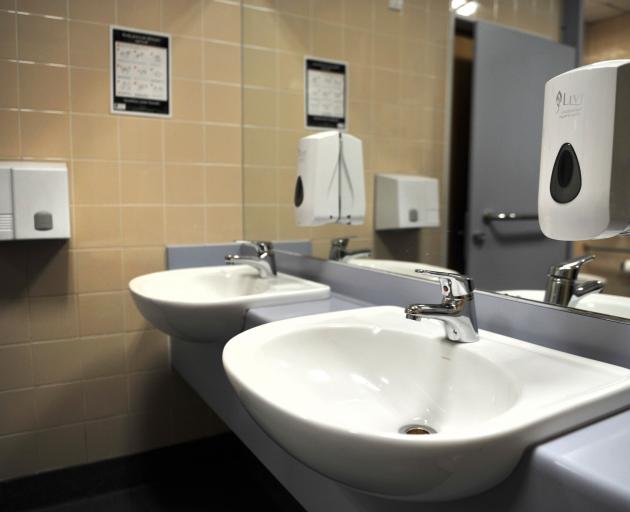 Wisdom, ha! I've got the age for it, but not the job to prove it.

I'm still not happy with Tom going to uni. All that money. All that debt, and I can't even remember what he's studying. Charlie used to say Tom's aiming for a master's in waffling. If it had to be university, why couldn't he do something useful that'll pay well later? I think he does something with philosophy in it. A professor said when they study philosophy they can be philosophical about being unemployed later on. At least that's honest. And being honest is necessary for being wise, I should think. As a cleaner you have to be honest; once you get a reputation for taking things you can't find another job in a small city ... but it's more than that, it's sort of personal hygiene, no? So you can look at yourself in the mirror and know you're honest. But you can't look at yourself in a mirror and know you're wise, can you? Not exactly a quality you can spot in yourself. Mind you, in this mirror you wouldn't see any quality, let alone your face ... what the hell did they smear on it?!

I'm not being wise,
I just sanitize.

Years back when I was cleaning in people's homes ... gee, some awful jobs I've had, this professor whose wife tried to catch me out, and so bloody obvious it was too ... That old hag had left a $10 bill under the bed, so well out of reach it couldn't have just fallen out of a pocket. Now what do I do? Ignore it and prove that I never vacuum under the beds? Put it in my back pocket and fulfil their expectation that all cleaners are thieving scum? Hand it to her ladyship like a dog retrieving a stick? Luckily I had a $20 bill with me, and I just swapped them. Even though that day made me poorer I still giggle imagining their faces when they found it ...

What got me was their attitude. No respect. For them the world consists of drawers: one drawer for cleaners and other useful idiots, bin men, road sweepers and such. Another drawer for tradesmen, those with special knowledge that is needed but otherwise uneducated and uncultured, that's where Charlie was in. Another drawer for educated and successful. Many drawers, no overlap.

Not very wise
to compartmentalize ...

This ``Dare to be wise'' is really a call to the students. And professors. I doubt they care if their cleaners and cooks are wise. They just want us to do a good job. Wisdom? The plumber needs to know his lefty loosy-righty tighty stuff, he doesn't need wisdom. The cleaner just needs to leave things clean and tidy, that's all. I don't need to think when I clean, I just thinkle ...

But I'm still no further with what wisdom is. When I took Lily to the museum the other day we stumbled across this exhibition of Otago uni 150 years. There were some gruesome pictures from the war of soldiers with shot faces - but the professors stitched them back together, and they looked not too bad afterwards. I'm constantly amazed what they can do. Clever people, very clever. Knowledgeable. But still not the same as wise, is it?

Who do I think of as wise? Who springs to mind? That old philosopher who was poisoned for telling people they knew nothing? That was the sum of his wisdom: he realized he knew zilch, really, and so did everyone else, and then he went round and pestered everybody about it. Not a wise move because eventually people had enough and poisoned him just to shut him up.

Go on, be wise, go on and dare,
but first do grow some facial hair.

Stop thinkling, woman, and think properly! What makes you think of Dumbledore? Well, he's got the knowledge and the skills, great wizard and all that, he's got the experience of a lifetime; he understands things and people. And he's nice to house elves. That's a sort of instant wisdom test, isn't it: how nice you are to house elves. Or to cleaners and cooks.

Look up from your book
and greet the cook.
If you're even keener,
say hi to the cleaner.

Somebody wise knows we're all the same underneath. Nobody's shit smells of roses, and once dried on it's always hard to scrub off.

Oh, kids coming in, hang on, almost done here, yes, you can go in ... How they just carry on talking as if I'm not here. I love that about my job, that I'm almost invisible, the things I overhear ... that together with the things I find in the office bins, and I could tell you some stories ...

Oh kiddies, stop bragging about copying that piece of writing and the dumb lecturer never noticed. Tom says students do it all the time, what did he call it? Plagiarize, that's it. Dumb thing to do because if you're caught, goodbye uni and hello cleaning.

Although, if you study something proper, not those waffly subjects but something sciency and real where they do stuff in laboratories, you can't do that sort of thing, you have to do proper research that can't be nicked from someone else. In the laboratories ... I'm so glad that I don't clean over there with all those expensive machines you could crash into ...

There they pulverise and oxidise,
pressurise and catalyse,
go on to win a Nobel Prize,
so smart, so brainy. Aren't they wise?

And the pay is the same wherever you're cleaning, no danger pay because you have to mop around some costly machine that goes beep ... Wasn't that recent pay rise lovely? Just goes to show that the unions get things done, Charlie always said so.

Staff, be wise
and unionize!

Right. All done in here. Keep things clean, kids, aim for the bowl!

Time to stop thinkling and go home. Still bloody hot out there. I don't understand much science, but even I know that's too hot for this time of year, and that's not normal. My cousin over at the West Coast said they had bush fires last year. In the rainforest! You don't need to be a Dumbledore to see that things are wrong with the weather. Daffs in July, I ask you! And it's harder and harder to know when to plant out the seedlings, you get these warm winters and then out of the blue a frost in late October ... Isn't this something that wise people should do something about? If you're smart enough to stitch shot faces back together and send a rover to Mars, then you should be smart enough to sort out the weather for the daffs and seedlings. Nobody listens to a cleaner, but surely those with learning and knowledge have more weight? But I shouldn't think about this after work, it slows me down and then I miss the 10 past bus ...

Be wise and don't dare
to waste time on despair.
10 past from the square.

Anyway, competitions like this are for proper staff. People with learning.

I'm just a cleaner, I don't care to be wise. No writing, no books, no vouchers, no prize. But less dirt.