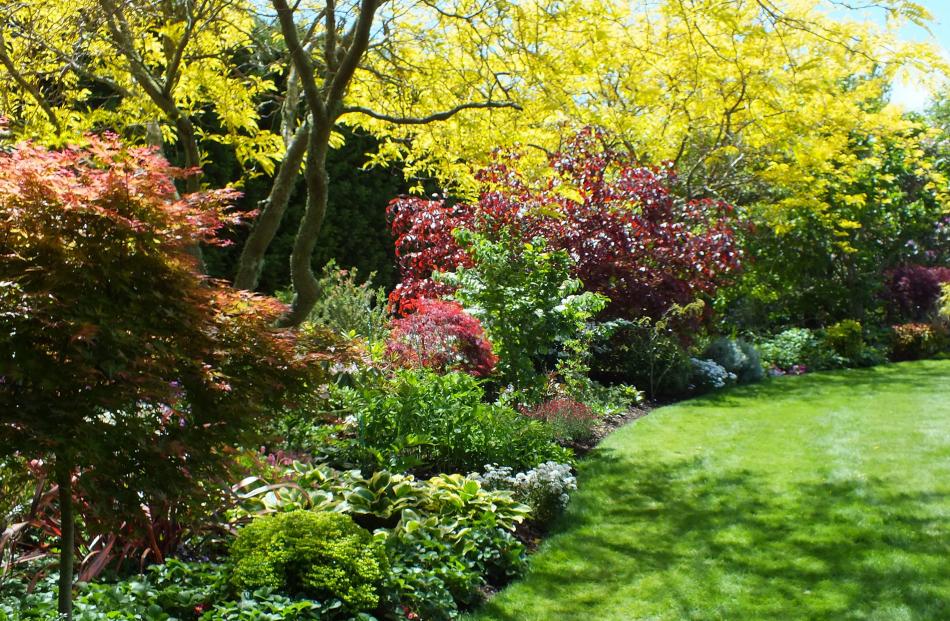 Trees along the front boundary 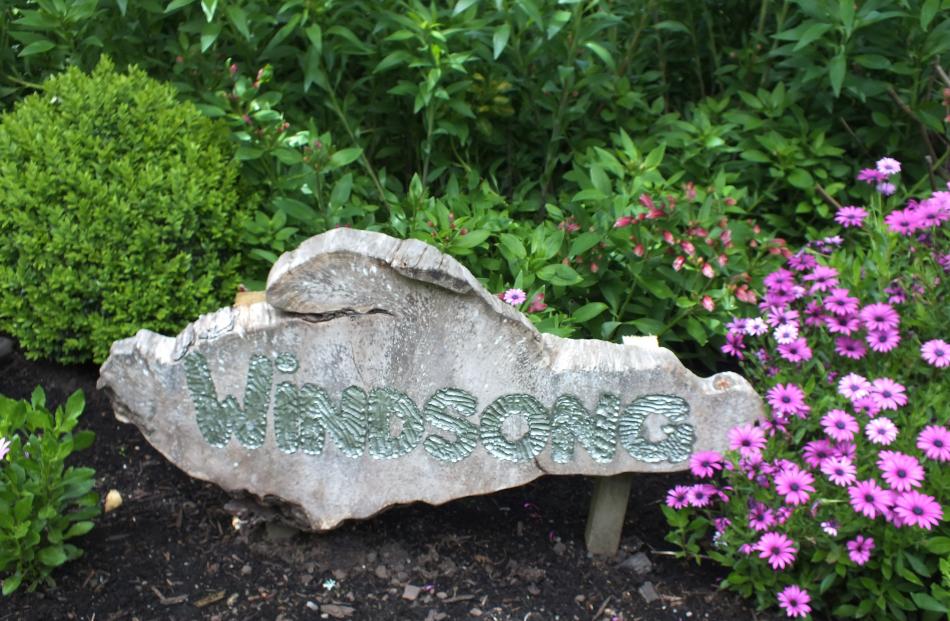 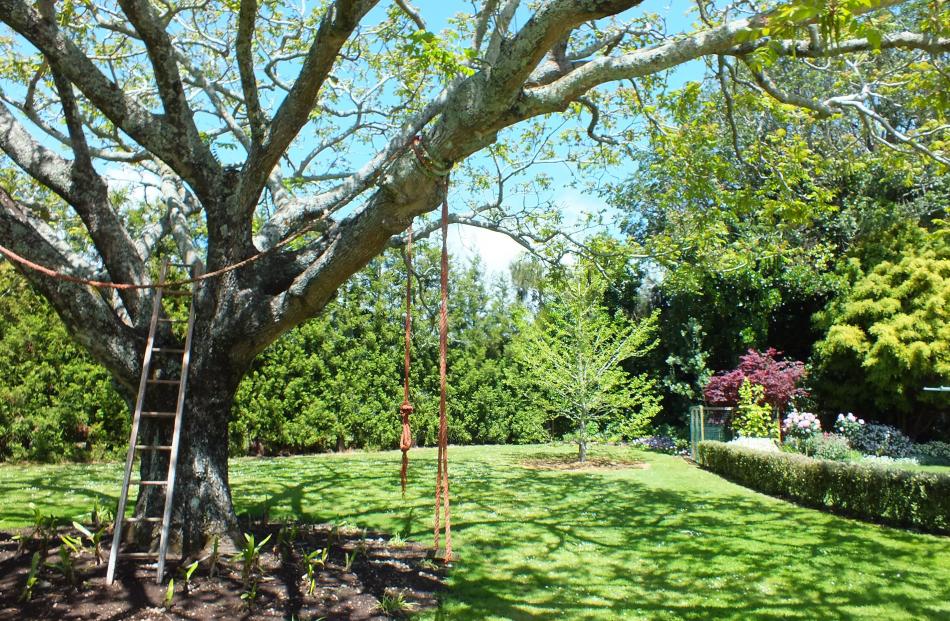 A large Japanese walnut and (back right) a venerable puriri (Vitex lucens) are features of the rear garden. 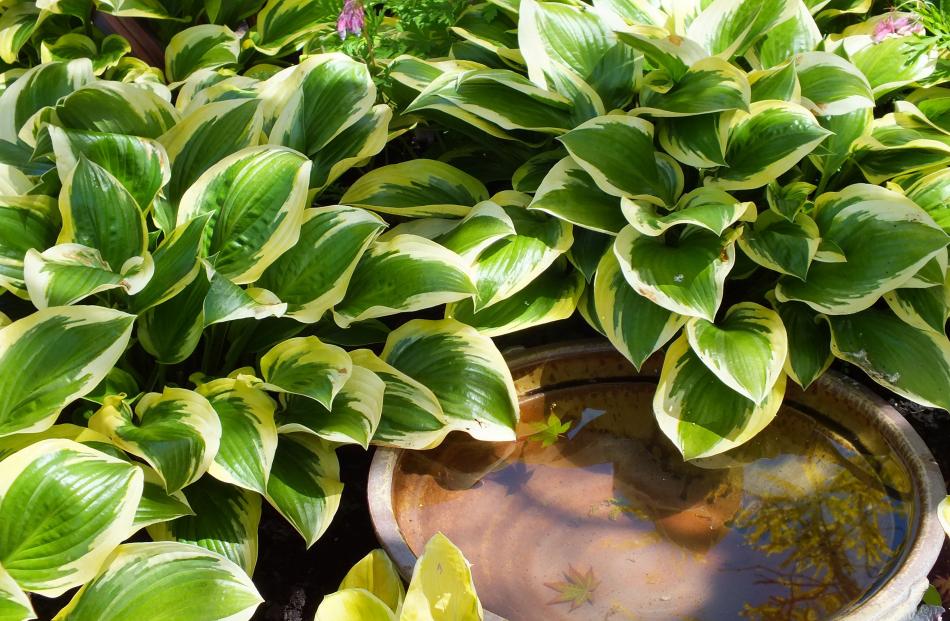 Hostas do well in almost corner of Taranaki 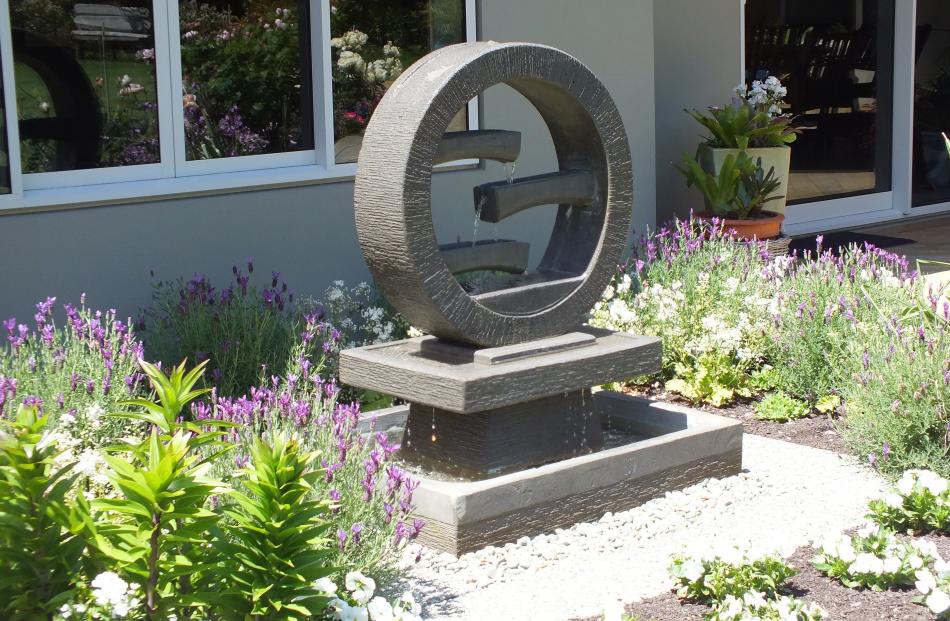 A water feature that can be enjoyed indoors or out. 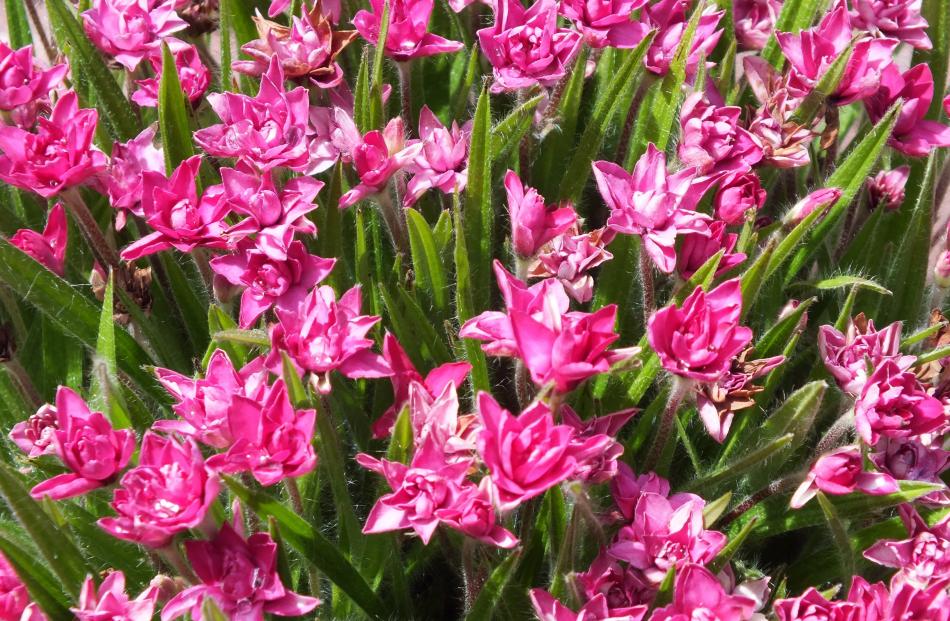 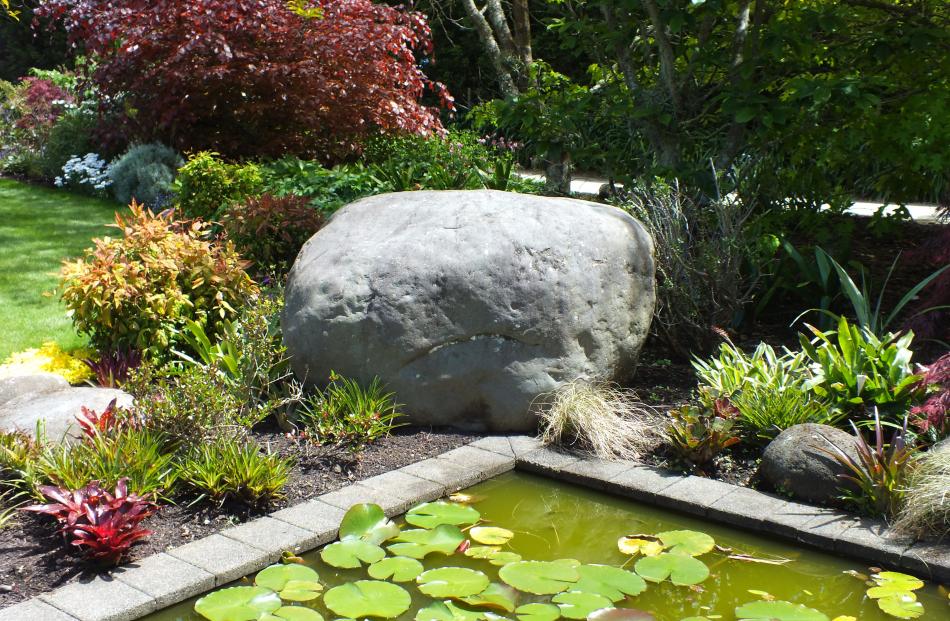 A small pond is filled with water lillies 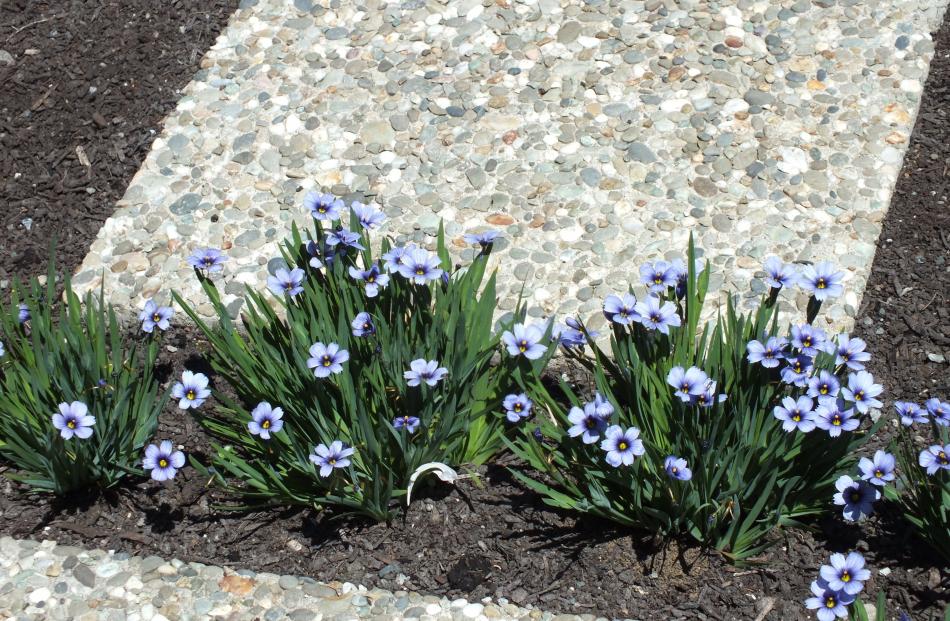 There are now two ``children'' of the Taranaki Rhododendron Festival, which started 30 years ago. The Powerco Taranaki Garden Spectacular, expanded to include such things as food and interior design, promotes itself as elite, while the Taranaki Fringe Garden Festival, whose 12th event is this year, has the slogan ``real gardens for real people''.

The fringe group of more than 60 properties tends to include a significant number of newer gardens. Many gardeners offer plants for sale, so - leaving aside the issue of getting it home - there is the chance for the visitor to buy something she has admired in a garden or to obtain something from yesteryear that garden centres no longer stock.

Among the newer gardens I admired in last year's fringe festival was Windsong, close to New Plymouth airport and surrounded by the owners' avocado orchard.

Owners Marion and Gavin Struthers describe Windsong as ``a new garden with old bones''. New includes the house, built in 2013 to replace a 19th-century villa that was moved to another site.

Old is epitomised by the trees that framed the original house, of which the standouts include a very large Japanese walnut (Juglans ailantifolia) in the back lawn. The standalone specimen tree is impressive and the Struthers are careful to gather all the nuts, as the tree is on the National Pest Plant Accord, meaning it may not be propagated or plants sold. The reason for its no-grow status is that nuts, which are produced in their thousands on a mature tree, germinate readily, especially near streams, choking out desirable species, particularly natives. It's a tree most likely to be seen in the northern half of the North Island, so its less desirable characteristics are unlikely to impinge on southern gardeners. Few would have space to accommodate this walnut, anyway, as at maturity it can be 30m tall and almost as broad.

Even more impressive is Windsong's venerable native puriri (Vitex lucens). Found mainly from Auckland north, although Taranaki has its share, puriri is a large (20m-plus tall) forest tree that produces little pinkish-red flowers almost all year round. Nectar-rich, the flowers attract tui. At Windsong, a small bush walk is being developed to highlight this tree, believed to be at least 200 years old.

Along the drive and sheltering the front garden is a decorative border dominated by golden Gleditsia triacanthos and small maples giving contrasting shades of lemon-lime, copper and bronze. Hostas and other shade-lovers complete the picture.

The pond, installed in 2000 by the property's previous owners, has been revamped and enhanced by a rockery along two sides. It is filled with water lilies, which flower profusely in spring and summer, their pink and white blooms and shiny leaves echoing the colours in garden beds.

At Windsong, old and new have been seamlessly sewn together, and visiting the garden just before I caught my flight home was $2 well spent.

- Windsong will be open during this year's Taranaki Fringe Garden Festival, which runs from October 27 to November 5. For details visit www.taranakigardens.co.nz