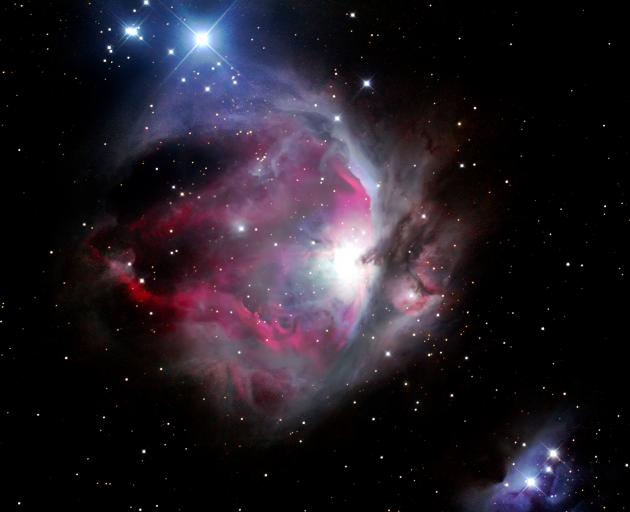 The Orion Nebula. Photo: Getty Images
Did you know you can see a place where stars are being born? What's more, although telescopes undoubtedly give the best views, if you know where to look, you can observe it quite easily with your naked eye, says Ian Griffin.

The celestial nursery I'm describing is called the great nebula in Orion by astronomers. It is more than 1300 light-years away. This means that the light you see when peering towards this fascinating object began its cosmic journey long before humans reached New Zealand.

This week is an excellent time to try to spot it because it is high in the north during the early part of the night when the moon is absent from the sky.

The nebula is really easy to find. As our chart shows, it is just above the three bright stars of Orion's ‘‘belt’’. Look out for a dim and fuzzy patch of light between a couple of relatively bright stars. This distinctive part of the sky is sometimes called ‘‘The Pot’’ by southern-hemisphere stargazers. The stars around the nebula are the handle, and the belt stars form the base.

If you fail to pick out the nebula, use a pair of binoculars or, better still, a telescope. Be prepared to say ‘‘wow’’ when it comes into view. It really is a quite stunningly beautiful part of the sky. 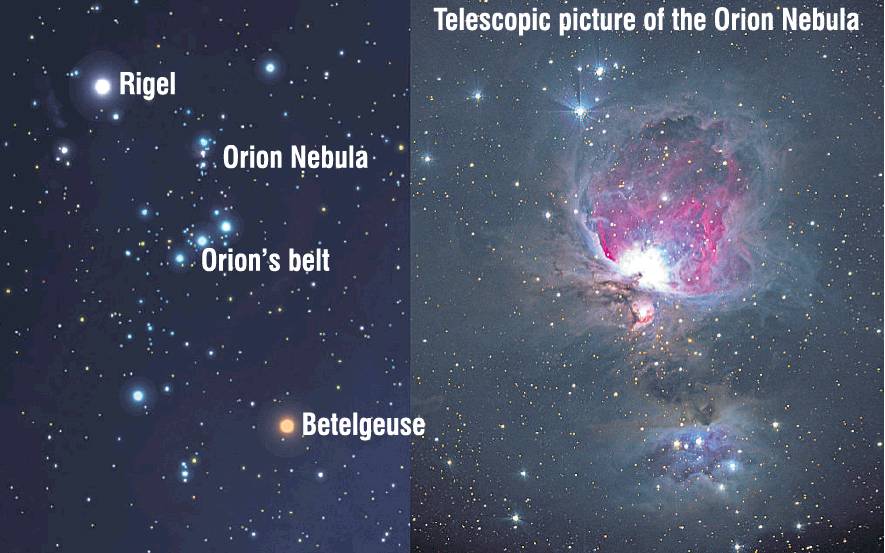 What appears to be just a fuzzy patch of light to the unaided eye is telescopically transformed into a beautiful vista that is festooned with crazily chaotic clouds of dust and gas. At the nebula's heart is a lovely cluster of stars, of which the four brightest are called the Trapezium.

Celestial sleuthing by astronomers has revealed that the Trapezium stars are less than a million years old. This is remarkably young by cosmic standards. By comparison, the sun is more than 4.6-billion years old.

The Orion nebula is a tiny blister of light on the Earth-facing surface of a vast cloud of dust and gas within which the next generation of stars is being created.