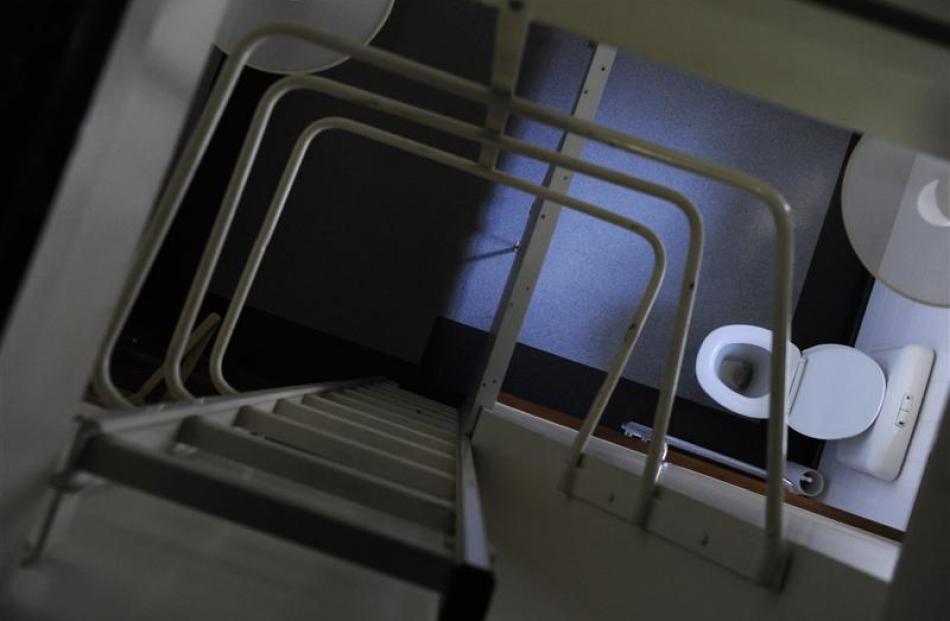 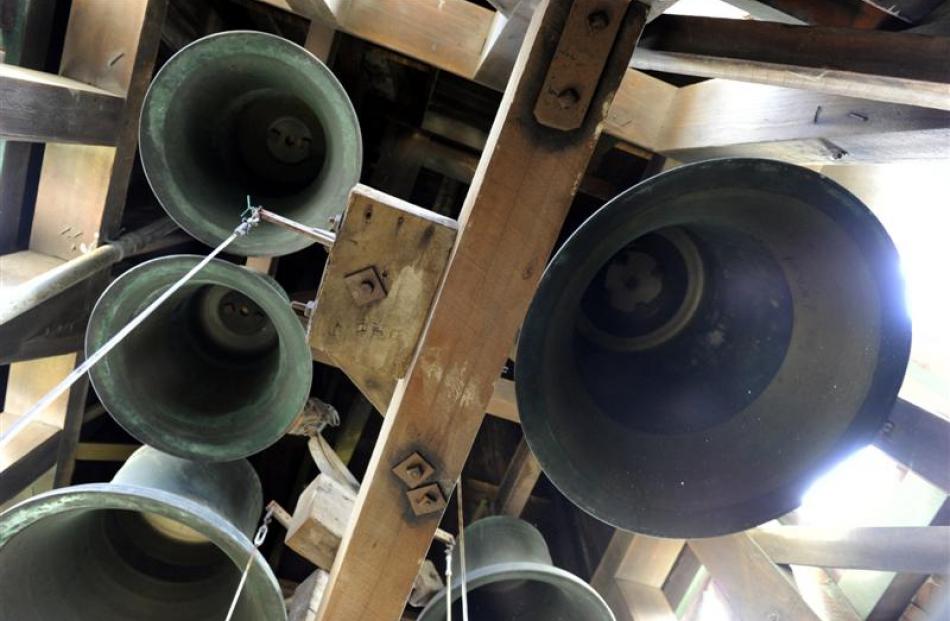 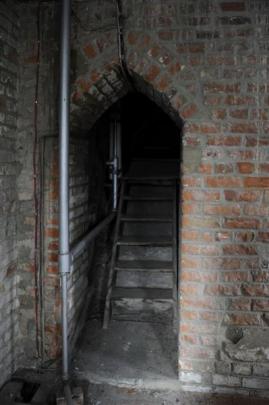 An example of the architectural features to be found within the clock tower building.

Other clocktowers in Dunedin have unusual entrances - the Dunedin Railway Station, for instance, is accessed through a small nondescript locked door at the back of an office.

But the University of Otago clocktower has the most ignominious of entrances - through a locked manhole cover in the ceiling of a toilet block.

That entrance was not so bad on the way in, but it took some discussion to work out how to re-enter - would it give an unsuspecting toilet visitor a heart attack to see a reporter, a photographer with a large camera and two university personnel crawling out of the roof space above the toilet cubicles?

Fortunately the facility was empty.

The university clocktower is, like the other towers, a treasure of secret rooms, inaccessible to the public, with little purpose other than to help support a clock high above the ground.

But each has its own personality, and cries out for use for a secret rendezvous or furtive, perhaps immoral, liaison.

Once through the toilet roof, a wooden ramp takes you through a warm, arched roof space, criss-crossed by pipes, wires and the rubble of a century underfoot.

That included the sort of discarded 1960s light fittings that can be found in every roof space across the planet.

From there, one stumbles across the apex of a brick and concrete archway that forces its way through the ceiling below, and in to the first level of the clocktower.

The clocktower is, unsurprisingly, a series of elongated cubes, one on top of the other, with high ceilings and a ladder in one corner leading to the next one up.

The rooms have an appeal hard to articulate, but they provide, for instance, a perfect space to watch, unseen, the activity below.

Level one, a little more than 2 m wide, can be seen in the full tower photograph (above, right) with thin, arched windows just above the guttering of the roof.

Up more wooden steps came level two, a similar room, but this time with two quatrefoil window apertures in each wall, covered with mesh to keep the birds out.

From that height the view across the Leith to the science buildings, and to the area behind the clocktower, is opening up appealingly.

More steps lead to the reason for the tower - the clock.

Like all larger clocks in the city, the university clock has the most delicate of ticks and tocks for such a large beast.

A small plastic bottle of CX motor oil and an oily rag sitting in the housing speak of the maintenance folk who must make up the majority of the few visitors this high.

There is of course one more level - up to the very top, whence the bells peal - or pealeth, perhaps.

The stairs are negotiated one person at a time, due to their slightly alarming, wobbly nature.

At the top, it is possible to push one's head through the manhole and, gripping on for dear life, view five bells, three small and two bigger.

The clock room has the most graffiti, and Ned Willet and Ian Darcy might well have some explaining to do as to what they were doing there during the registry occupation in the mid-1990s - and why they thought it necessary to record their names for posterity.

• Built using Leith Valley basalt and Oamaru stone, with a foundation of Port Chalmers breccia.
• Features early use of local basalt on a dramatic and large scale.
• Building houses administrative centre and office of the vice-chancellor.
• Category one listing with the New Zealand Historic Places Trust.
• Completed: 1879.
• Designed and re-designed by Maxwell Bury (1825-1912) and Edmund Anscombe (1874-1948) between the 1870s and the 1920s.
• Tower was "blind" until 1930s, when university council member and local politician Thomas Sidey paid for clock to be installed.