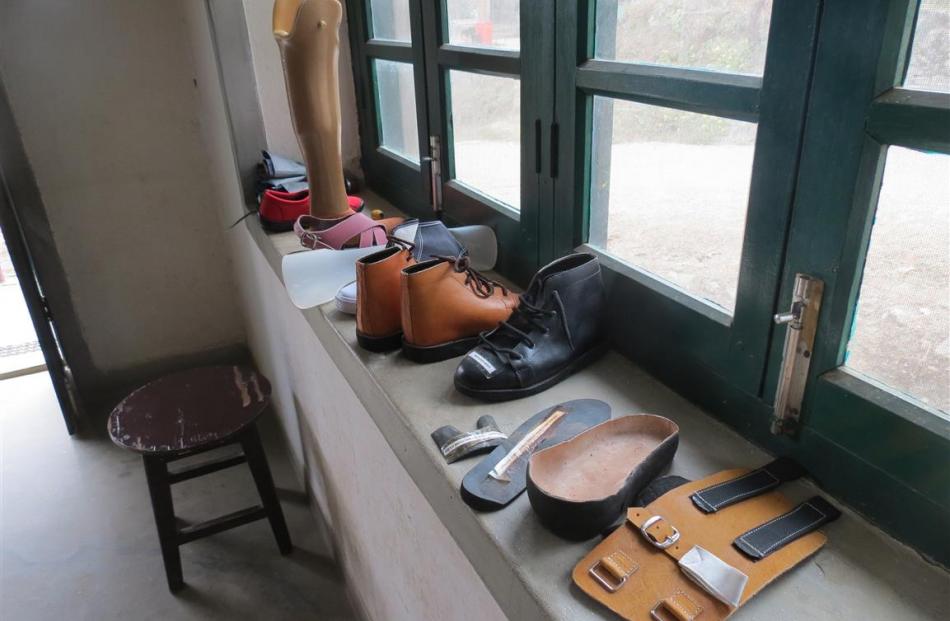 Prosthetics made for patients at Anandaban Hospital. Photo: supplied 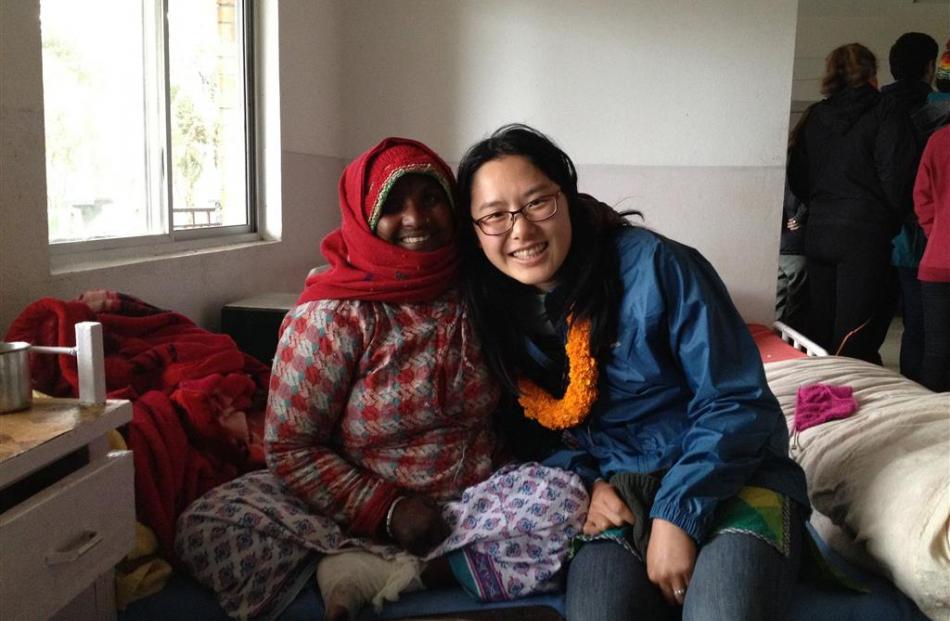 I had just passed my fifth-year medical school exams when I discovered I had been awarded a scholarship with The Leprosy Mission New Zealand to travel to Nepal for two weeks as a 2016 youth advocate.

Bright-eyed and brimming with excitement, I began preparing for my trip.

When people heard I was going, they had many questions, including: "So what if you get leprosy when you're in Nepal?'' and, my personal favourite, ‘‘What if your hands and feet fall off?''.

The best answer I could think of was: "I'm sure they wouldn't be sending us if that were likely''.

But I wasn't sure. It certainly wasn't something that was covered in our medical school curriculum.

In Nepal, we were based at Anandaban Hospital, which is 18km south of Kathmandu City. It is run by The Leprosy Mission, a Christian development organisation that has a presence in more than 28 leprosy-affected countries around the world.

Since the devastating 7.8 earthquake in April last year, Anandaban has played a huge part in earthquake relief work, performing surgeries and providing clinics for people who were affected.

The impact of the earthquake was huge. Many of the Nepali villagers we met were introduced as having lost their houses in the earthquake.

In addition, there has been a politically motivated blockade at the Nepal-India border, preventing the importing of fuel and gas. This has made recovery from the earthquake even more difficult for many Nepali people during a particularly cold winter.

During my trip I learned a lot about leprosy.

I was fascinated by the medical side of things: it is caused by a bacterium that attacks the nerves in your hands, feet and face, leaving them feeling numb. It can make fingers and toes claw inwards, cause infections in the eye leading to blindness, and people get cuts and burns that then fail to heal. They develop into ulcers that may lead to disfigurement and amputations.

There is actually a cure for leprosy. Courses of antibiotics, also known as "multi-drug therapy'' cure leprosy in 99% of patients receiving treatment.

Early detection and diagnosis is key and is the area that the Leprosy Mission focuses on, because if treatment is started early enough, long-term disability can be completely avoided.

Meeting people affected by leprosy made me aware that leprosy is a lot more than just a physical disease. It's also a very social one in which there is great injustice.

People with leprosy are often from rural villages where there is poor sanitation and healthcare, and when they are found to have the disease, many are cast out from their communities because of myths around leprosy being a curse, or from evil deeds.

It was obvious that Nepali people thrived as communities.

Patients cast out from communities have nowhere to go, and suffer greatly as a result. We met a lady whose husband had left her after finding out she had leprosy. It was hard to imagine how difficult that must have been for her.

Our stay in Nepal was a busy one as every day we saw a different project that the Leprosy Mission was involved in.

One of my favourite trips was out to a community group in one of the villages.

Members of the group can obtain loans from the Mission to run a small business that generates sufficient income to support their families.

The group we visited was particularly enthusiastic. One lady made sure we all walked down to see her strawberry plantation.

The chairwoman of the group had also been affected by leprosy. Her son provided translation for us. He had received a scholarship from the Mission to study business at university, and now supports the community alongside his usual work.

As one of the eight youth advocates this year in New Zealand, I am dedicated to raising awareness of leprosy in this part of the world where, even as a doctor, it's very unlikely I would come across a patient affected with leprosy.

We are also given a fundraising challenge for the year. This year, we are fundraising for a four-wheel-drive vehicle so Anandaban Hospital staff can get to remote villages to do all their community projects and clinics.

As you can imagine, the roads post-earthquake are no place for anything less than a 4WD (the amount of car sickness we endured can testify to this).

If you want to donate to the cause there is a page at https://givealittle.co.nz/cause/youthadvocates2016.

• Sophie Bang is taking a gap year between her fifth and sixth years of Otago Medical School. During her 14 years in Dunedin she attended Columba College. She has been in Christchurch for the past two years for placement at Christchurch Hospital.

• It is the main leprosy referral hospital for the central region of Nepal and a member of the Leprosy Mission Fellowship.

• It provides reconstructive surgery for hands, feet and eyes and has a clinical and research-driven laboratory.

• Base for community development initiatives.

• Also known as Hansen's disease, leprosy is a bacterial infection that attacks the peripheral nerves in the extremities.

• It can cause ulcers, infections and disfigurement.

• There is a 99% cure rate with multi-drug therapy fully funded by WHO.

• Stigma and discrimination is still great.