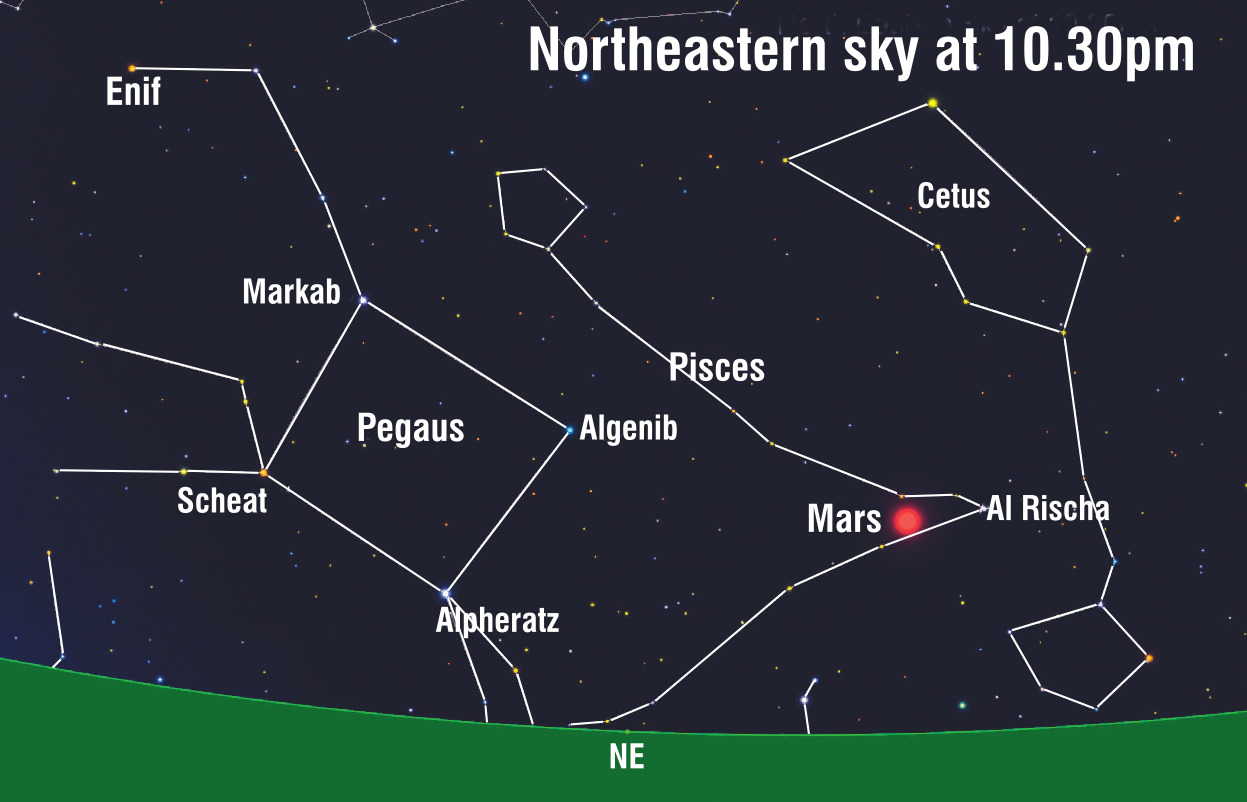 The sun’s centre crosses the celestial equator moving from north to south at 1.30am on Wednesday. This marks the exact moment of the spring equinox in the southern hemisphere.

In an earlier column, I noted that, thanks to a phenomenon called the Russell McPherron effect, displays of the southern lights tend to be brighter and more frequent near an equinox. This means it is worth keeping an eye on the southern sky over the next few nights just in case there is a surprise aurora.

Something else worth staying up for at the moment is Mars, which rises just before 9pm. An hour and a-half later, it is 15deg above the northeastern horizon.

The planet is unmistakable: its brightness and intense red hue make it a rufescent jewel in part of the sky otherwise devoid of bright stars.

Mars is brightening because it is rapidly approaching Earth in the run-up to its "close approach" next month. Of course, in terms of everyday life, close is a relative term.

This week the planet is slightly more than 65 million kilometres away! If you have a telescope and point it at Mars, you should be able to pick out the south polar cap and myriad dark features on the disc of the planet.

Once you have had enough of Mars, take some time to explore the surrounding sky.

Mars is presently moving through Pisces, the fish. The distinctive Great Square of Pegasus (the winged horse) is to the north, while the somewhat harder to see Cetus (the whale) can be found to the east.

Mars is currently 5deg to the right of Al Risha, the brightest star in Pisces. Al Risha means "the cord" in Arabic. It is supposed to represent a cord binding the tails of the two celestial fish.

Al Risha is a white-coloured star that astronomers tell us is more than 150 million light-years away.