Mars a guide to finding Neptune 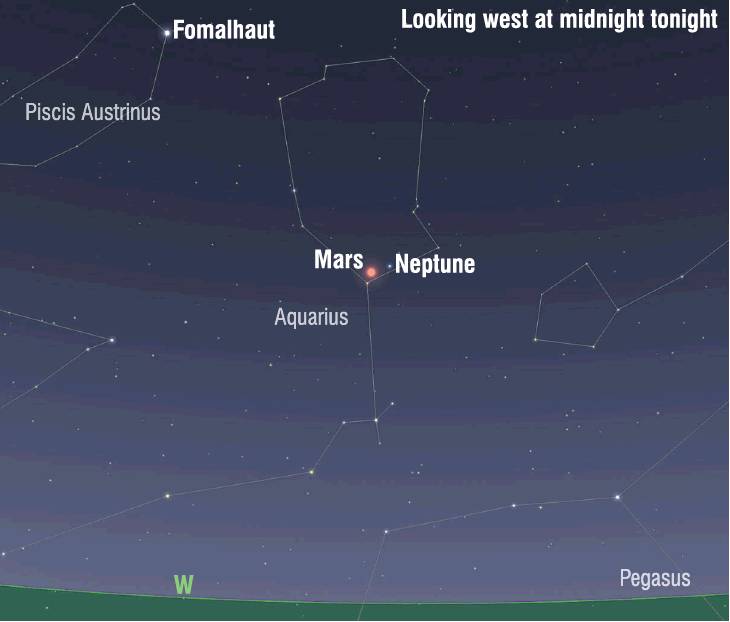 This week there's a rare opportunity for stargazers across our region to view Neptune, the outermost planet, when it appears close to Mars in the evening sky.

Although you will definitely need a telescope to spot this distant giant world, it's certainly well worth making the effort to view it, if only to gain bragging rights!

The first humans to knowingly view Neptune were the German astronomer Johann Gottfried Galle and his student Heinrich Louis d'Arrest, who used a telescope at the Berlin observatory to spot the planet on September 23, 1846.

They were searching for the planet at the urging of the French mathematician Urbain Le Verrier, who had predicted the new planet and calculated its position based on unexplained discrepancies in the orbit of Uranus.

We now know that Neptune takes 164 years to orbit the sun at an average distance of 4.5 billion km and is just under four times the diameter of Earth

It turns out that Neptune had actually been seen before its ''official'' discovery but not recognised as a planet. Perhaps the most famous ''pre-discovery'' observation of Neptune was made by Galileo, who spotted the planet in December 1612 and January 1613, when it appeared close to Jupiter.

Pretty much all the detailed information we know about Neptune, its ring system and its family of moons, has come from observations made by the Voyager 2 probe, which flew past in August 1989.

This week, we can use Mars as a very helpful guide to finding Neptune. As our chart shows, Mars is presently in the constellation Aquarius, and is a very prominent red object in the evening sky.

Once you have found Mars, use a pair of binoculars to scan just over a degree to the right; you should be able to pick up Neptune as a distinctly blue-green ''star''.