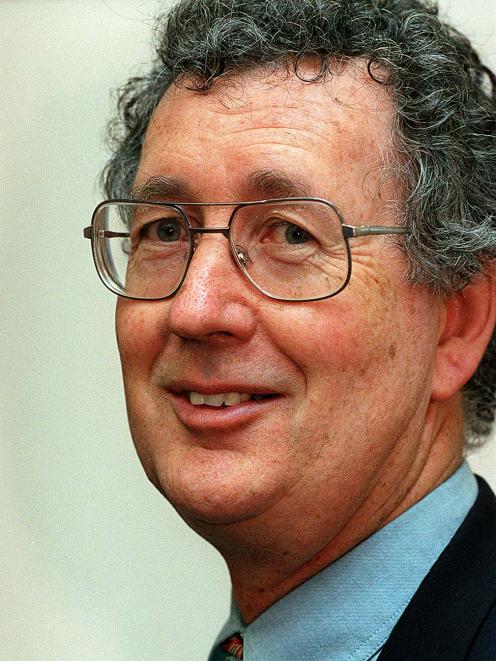 Ian Munro
For too many people, violence is part of their way of life, writes parenting columnist Ian Munro.

It's there on television, in video games, in certain forms of music and on the streets.

There's an unhealthy aggressiveness permeating social media and the blogosphere.

Promotions for sporting events use the terminology of battle and violence.

We all have the potential to be violent.

Human beings had to be to survive as a species, but social conditioning curbs that tendency.

Unfortunately, the reverse now seems to be happening and we're being conditioned to tolerate and to display a greater level of violence, both physical and verbal.

Our sensitivity to violence is being dulled by what's happening around us.

We aren't as shocked as we used to be.

Our children need to be able to stand up for themselves in this environment, but by being assertive rather than violent.

They need to be able to let their needs be known while respecting the rights of others and not boiling over into anger.

Children often use aggressive behaviour to get attention by shouting or hitting.

They take out feelings of anger or frustration on siblings or pets through outright cruelty.

To cover their own insecurities, they may bully others.

We can minimise this sort of behaviour by not communicating with each other within the family in an aggressive or violent manner and consciously choose to model non-aggressive patterns of communication.

Modelling co-operation and rewarding it with our attention and comment encourages co-operative behaviour in them.

We can establish clear, firm and fair boundaries for what's acceptable and unacceptable behaviour.

However, if we make the boundaries too tight and not age-appropriate and be too authoritarian, we can breed fear and resentment and the fallout is often explosive.

If the boundaries are too lax and not enforced, we breed both insecurity and an inability to set their own boundaries.

Teaching step-by-step problem-solving techniques at home will provide a skill that they can carry into the outside world and that will help them take control of and problem-solve issues that arise at school.

Consider brainstorming and rehearsing with them ways of handling problems they're having trouble with and non-violent ways in which they can stay strong.

Anger is always a secondary emotion resulting from primary feelings such as fear, frustration, insecurity, loneliness, inability to cope or feeling unfairly treated or inadequate.

Anger can't be dealt with until the underlying cause is identified.

So, from an early age, get them describing feelings and emotions in a positive and appropriate way for their age.

Being able to understand why you feel happy, sad, angry, frustrated, frightened and being able to talk about a feeling reduces the chances of bottling-up and the explosive behaviour that can follow.