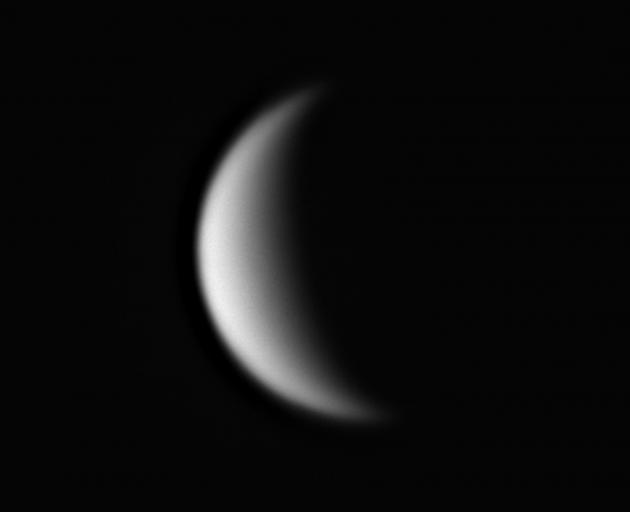 Photo: ODT files
If it's clear tonight, you really should make a point to head out and catch a glimpse of Venus, which is outstandingly bright, writes Ian Griffin.

Just look for a glorious blue-white ''star'' blazing away as darkness falls; it really is unmistakable.

Possibly because it is so spectacular, in addition to calling the planet Kopu, Maori astronomers had special names for Venus depending on when it was visible; in the evening it is Meremere-tu-ahiahi whereas in the morning sky it is Tawera.

Venus orbits the sun closer than Earth. This means that the planet can never be more than 47 degrees from the sun in the sky. The planet reached this maximum elongation back in August, and since then its separation from the sun has been decreasing.

Venus is also getting closer and closer to the earth, so it is actually getting brighter every night, reaching its maximum brightness on Monday, when the planet will be a tad over 60million kilometres away.

Venus' apparent brightness is quite hard to calculate. It depends on two factors: the planet's distance from Earth, and its phase.

If you have a telescope, it is well worth setting it up and pointing it at Venus. Even small telescopes show that the planet is a beautiful tiny crescent which is approximately 25% illuminated.

A few weeks ago, I took delivery of a new telescope, which is designed to take high-resolution images of the planets, and last weekend, I got to turn it towards Venus for the first time.

I have to say I was not disappointed; using a special violet-coloured filter, I was just able to see and photograph blurry details in the thick cloudy atmosphere of our closest planetary neighbour.