Today, in collaboration with Heritage New Zealand researchers Heather Bauchop and Susan Irvine, we wander along a section of High St, which has an association with the medical profession dating back to the 1880s, when the Mornington cable car started running and some impressive new houses were built along its route. 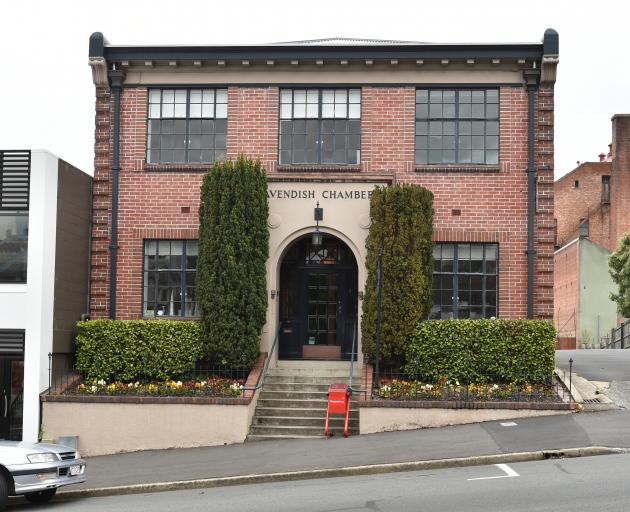 In 1920, there were no fewer than 10 doctors among the residents of High St, many with surgeries attached to their homes, and the street was a logical location for what might be considered one of Dunedin's first medical centres at 211 High St.

The company behind the venture, Medical Buildings Ltd, was incorporated on March 1, 1926, and the shareholders all took professional rooms in the new property.

The architect was Eric Miller and the builder George H. McGregor.

Although ''Medical Buildings'' is the name that appears on the plans, ''Cavendish Chambers'' was ultimately chosen, presumably taken from Cavendish Square, well known as a site of medical practices in London.

The main portion of the new building was two storeys high.

It comprised five suites of professional rooms, including consulting rooms, examination rooms and laboratories, and with an X-ray room and a darkroom for the radiologist.

There were waiting rooms on each floor and a system of electric bells for communication.

Nurses' accommodation was in a single-storey portion at the rear, and included bedrooms, a dining-room, kitchenette and bathroom. 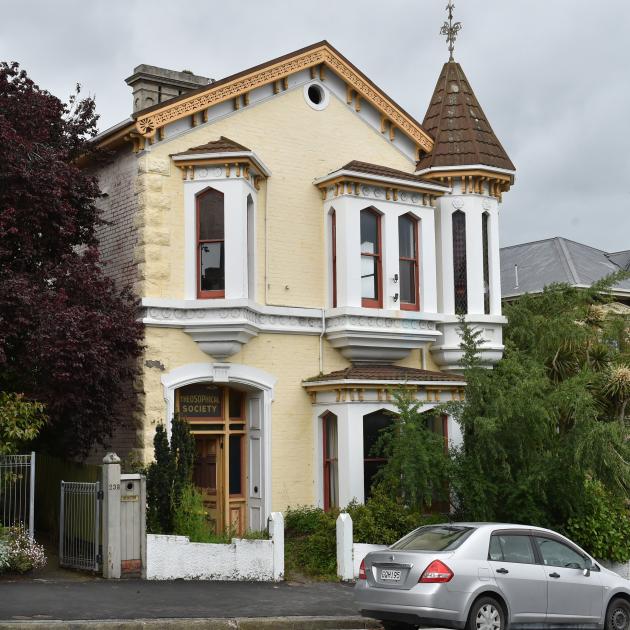 This prominent house at 236 High St, which boasts a turret and projecting windows designed by Dunedin architect Henry Hardy in 1888, was built for Scottish-born Dr Frank Ogston, who gained his medical degree in Aberdeen and emigrated to Dunedin in 1886, to take up a position as a lecturer in medical jurisprudence and hygiene at the University of Otago.

He was made professor of medical jurisprudence in 1909.

He was also for a time the district health officer.

Hardy, a Dunedin architect active from the 1850s until the 1890s, undertook many commissions - residential, ecclesiastical and commercial - in Dunedin. He died in Queenstown in 1904.

In 1918, Ogston sold the property to Dr Thomas Fergus, who owned the house until his death around 1940, when it was sold to retired farmer David McAuley, who in turn sold it to the Dunedin Lodge Theosophical Society in 1945.

Formed in 1893, the Dunedin Theosophical Society operated out of the property until 2006 (when it shifted to a rented room in the RSA Building in Moray Pl). Recently used as rental accommodation, 236 High St is at present being renovated. 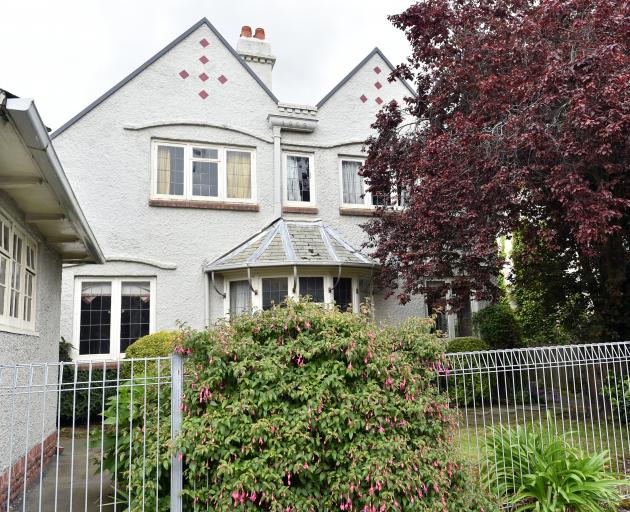 An Arts and Crafts-style design by renowned Dunedin architect Basil Hooper, this house at 238 High St was built for Dr D.E. Williams and his family as a private residence and doctor's surgery and was home to the Williams family until the 1960s.

Predominantly roughcast with brick exposed on the ground floor sills, the house has a pair of asymmetrical gables and a five-faceted bay window, which joins the original surgery and waiting room. Of interest, too, are the ground and first-floor casement windows, which are surmounted by plastered ''eyebrows'', Hooper's first use of this motif.

The north elevation features many windows, including a bay in the drawing-room, and an interior notable for its heavy beamed ceiling, kauri panelled walls and an Oregon chimney piece.

Hooper designed a garage in 1914, matching the house's eyebrow motif. The house remains a private residence. 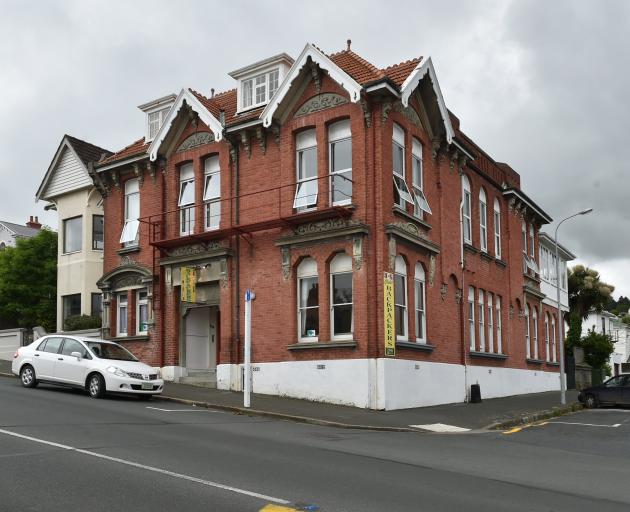 Built in 1904, the Chalet Hospital (a private facility) at 296 High St was designed by Dunedin architect J.L. Salmond, and described as being ''finished in coloured and tuck-pointed brickwork ... the whole of the relief and ornament is carried out in bold cornices over the windows ... finished in moulded bricks.''

A long balcony graced the first floor to Graham St, the north face of the building had a balcony and veranda with an open stair from the balcony to the garden, and the roof was covered with Marseilles tiles (with ornamental cresting).

The Otago Daily Times reported the hospital's opening, noting that ''the private hospital has come into vogue''.

Two nurses, Church and Graham, ''practically pioneers in the establishment of private hospitals in Dunedin'', had previously run the Chalet Hospital in another building on the opposite side of High St.

Up the stairs were two wards.

Off a wide corridor were six other rooms, including an operating room, a large bedroom or special ward, two other bedrooms, casualty ward and bathroom.

Given the number of doctors' residences in the area, the hospital was conveniently located.

According to one report, ''if anyone felt ill or nervous in the night he had only to put his head out of the window and yell 'Doctor', and there would be half a dozen of them on the spot in no time.''

After 1991, the building was converted to backpacker accommodation.