A succinct indictment of human influence on the environment 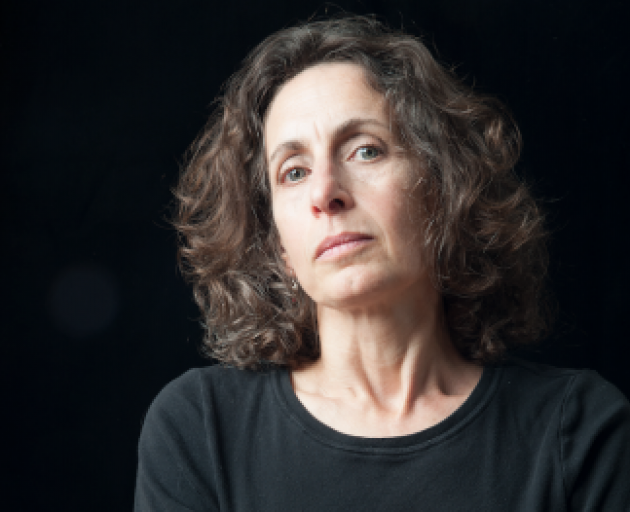 Elizabeth Kolbert's perspective is both awe-inspiring and fearsome, but utterly engrossing. Photo: supplied

Author and Observer writer Robert McCrum loves a good list. Thus he has crafted a definitive selection of essential works of non-fiction, classic titles he believes have had a decisive influence on the shaping of our imagination — economically, socially, culturally and politically.

The countdown starts here. His No 1 choice is the Sixth Extinction by Elizabeth Kolbert, published in 2014.

The human animal knows that it is born to age and die. Together with language, this knowledge is what separates us from all other species. Yet, until the 18th century, not even Aristotle, who speculated about most things, actually considered the possibility of extinction.

This is all the more surprising because ''the end of the world'' is an archetypal theme with a sonorous label ''eschatology'' that morphs in popular culture into many doomsday scenarios, from global warming to World War 3. Citizens of the 21st century now face a proliferating menu of possible future dooms. 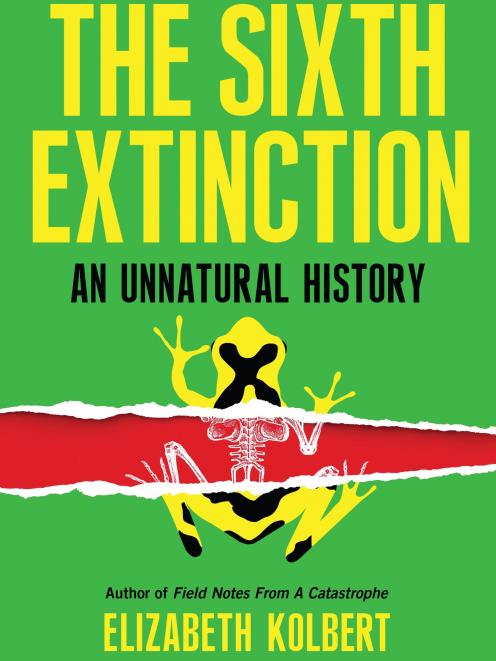 Elizabeth Kolbert's The Sixth Extinction: An Unnatural History is both a highly intelligent expression of this genre and also supremely well executed and entertaining. Her book, which follows her global warming report Field Notes from a Catastrophe (2006), is already set to become a contemporary classic.

On the opening page of her investigation into the future of our planet, Kolbert quotes the great biologist E.O. Wilson: ''If there is danger in the human trajectory, it is not so much in the survival of our own species as in the fulfilment of the ultimate irony of organic evolution: that in the instant of achieving self-understanding through the mind of man, life has doomed its most beautiful creations.'' This warning note sets the mood for the 13 chapters that follow, an urgent contemporary report on ''the sixth extinction''.

Kolbert's perspective is both awe-inspiring and fearsome, but utterly engrossing, as you'd expect from a book whose premise is ''we're all doomed''. During the past half billion years, she tells us, there have been five mass extinctions on Earth, when ''the planet has undergone change so wrenching that the diversity of life has plummeted''.

The history of these catastrophic events, notes Kolbert, tends to be recaptured just as humanity comes to realise that it is about to cause another one. Sure enough, in our postmillennial century, she finds that scientists around the world are now monitoring the next mass extinction, possibly the biggest devastation since an asteroid wiped out the dinosaurs. With this difference: the impending cataclysm is . . . us.

In 13 emblematic episodes, exquisitely narrated, Kolbert, a magazine journalist with the New Yorker, explores the possibility of our impending doom through the lives of, for instance, the Panamanian golden frog, the Sumatran rhino and the black-faced honeycreeper of Maui, ''the most beautiful bird in the world''.

Part of Kolbert's concern is to educate the modern reader in the history of mass extinction. While the concept, as she puts it, ''may be the first scientific idea that kids have to grapple with'', as they play with their toy dinosaurs, Kolbert instructs that, actually, it's a comparatively recent idea that dates to Enlightenment France.

Until this moment in the Western intellectual tradition, not even Aristotle (in his 10-volume History of Animals) had so much as considered the possibility that animals had a past.

Later, in Roman times, Pliny's Natural History includes descriptions of animals that are real, or fabulous, but none that are extinct.

The word''fossil'' was used to describe anything dug from the ground, as in''fossil fuel''. Even Carl Linnaeus, who pioneered his system of binomial nomenclature in the mid-18th century, catalogued only one kind of animal - those that exist.

It was the discovery of some American mastodon bones in what is now Ohio during the early 18th century - an unintended consequence of French colonial exploration - that subsequently inspired Georges Cuvier, an anatomist at the National Museum of Natural History in Paris, to ask the essential question''What was this primitive Earth?''. ''And what revolution was able to wipe it out?''

Revolutionary France celebrated the rights of man. Cuvier was never going to recognise the truth about some later extinctions: that Homo sapiens is the problem, not the solution.

Addressing the imminent next catastrophe with a certain grim relish, Kolbert spells out the results of her investigations: ''One-third of all reef-building corals, a third of all freshwater molluscs, a third of sharks and rays, a quarter of all mammals, a fifth of all reptiles, and a sixth of all birds are headed towards oblivion,'' she declares, during the course of her odyssey through our natural world and its human-inspired devastation.

Kolbert's indictment of humanity is remorseless, and compelling: ''The losses are occurring all over: in the South Pacific, in the North Atlantic, in the Arctic and in the Sahel, in lakes and on islands, on mountaintops and in valleys.''

Readers of The Sixth Extinction will be unable to evade the conclusion that we do, indeed, find ourselves on the brink of a great catastrophe, one in which the agent involved is not an inanimate object (such as an asteroid) or a geophysical force (such as the extreme global warming disaster of 250 million years ago) but a sentient creature: ourselves.

Homo sapiens may have enjoyed brilliant success on Earth but we have done so at the expense of virtually every other species. We are, as the Observer's Robin McKie has put it, ''the neighbours from hell''.

The Sixth Extinction ends in a windowless room at the Institute for Conservation Research in California known as the Frozen Zoo, the world's largest collection of species on ice.

This, suggests Kolbert, may be the slender thread on which life on Earth will depend in future. Who knows? She underlines her final message with a quotation from the Stanford ecologist Paul R. Erhlich: ''In pushing other species to extinction, humanity is busy sawing off the limb on which it perches.''

We have been warned.

Elizabeth Kolbert: Field Notes from a Catastrophe: A Frontline Report on Climate Change (2006)