Then one day, Little Ted completely lost his head... 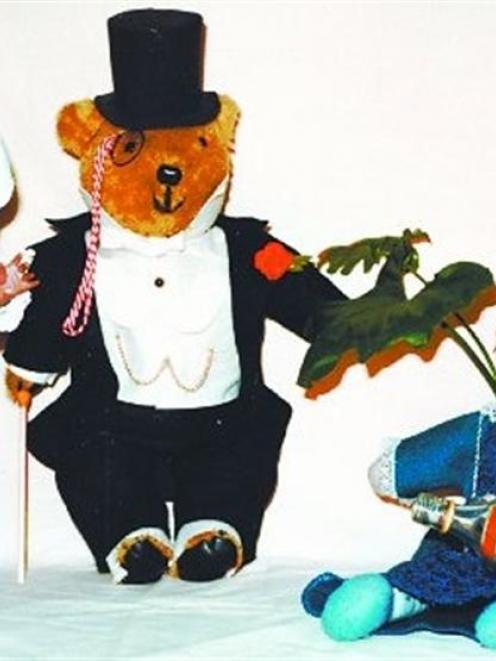 In later years it was recorded for about two years at a time, then screened as repeats for another two as the target audience, 3-4-year-olds, would have gone to school by the time the repeats came round.

The week started on Thursday with a music rehearsal and reading through the scripts for the five programmes to be recorded that week.

On Friday they were rehearsed and from Monday to Wednesday the team occupied the studio, each half day doing a stop-start rehearsal with the cameras and technical crew, a dress rehearsal, and a recording.

Barry Dorking, a presenter for many years, describes it as like doing a two-handed, three-act play every fortnight, and he got very good at learning lines, as they had to learn the five scripts each week.

"You had to keep going as if you were on stage. The only way to get them to stop recording was to swear!" he said. Although once they stopped when he inadvertently got the time wrong on the clock.

If they stopped recording, it took about 20 minutes to do an edit, which today would take three seconds, according to Lorraine Isaacs who, over the years, directed it, then produced it.

"They had to line up machines on various floors with everybody calling through to each other and there was an 8-second roll on the equipment. You had to take it eight seconds back and everything had to gel up or you had to go back and do it again - it was easier to learn the entire script and go right through it," she said.

Barry remembers when they had a brand-new Mini in the studio for a programme and the director, Jenny Wake, was paranoid about it being damaged. The crew found an old Mini grille and light surround.

When Barry drove it off, the sound operator played a tape of crunching and tinkling glass, then Barry walked back into shot with the old grille.

Jenny, in the control room could only see what was revealed on the cameras, and was furious, Barry said with a laugh.

He tells the real story of Little Ted's decapitation.

At the end of the last series of Playschool before it moved to Christchurch after the Dunedin station was cut back, several practical jokes were planned.

Barry remembers defusing some of the tricks planned for him by checking his props and replacing soldered-together scissors, but the blowing up of Little Ted has become legend.

There was a rumour at the time that producer Judith Thomas was having an affair with Little Ted as she used to go round with him hooked over her shoulder, and would often cut to close ups of him, Barry said.

So after the last programme was recorded, the head was blown off one of the worn Little Teds used in rehearsal, and the set pulled down around him.

It was recorded for the Christmas tape of slip-ups and clangers and special performances, such as administration staff singing about the lazy joys of working for the public service and collecting their pay every second Wednesday.

From time to time there would be a Playschool "special" which devoted a whole programme to some familiar story, such as Little Red Riding Hood or Cinderella, or a Christmas tale. They were big productions with extra presenters, costumes and sets.

Big Ted, Manu, Jemima and Humpty, with some of their clothes, are now in Te Papa, but the whereabouts of the genuine Little Ted is a mystery. The decapitated body of the blown-up Little Ted is in the Otago Settlers Museum along with Harry, Humpty's cousin and Grubber the kiwi.