What is your house hiding? 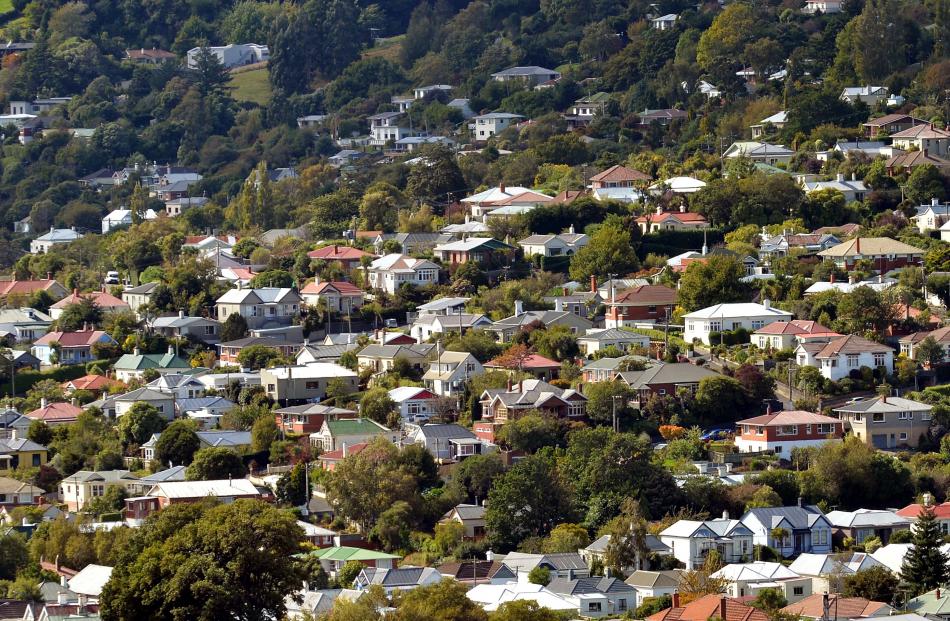 There is a wealth of resources out there to help homeowners unlock the history behind their bricks and mortar. Photo from ODT Files. 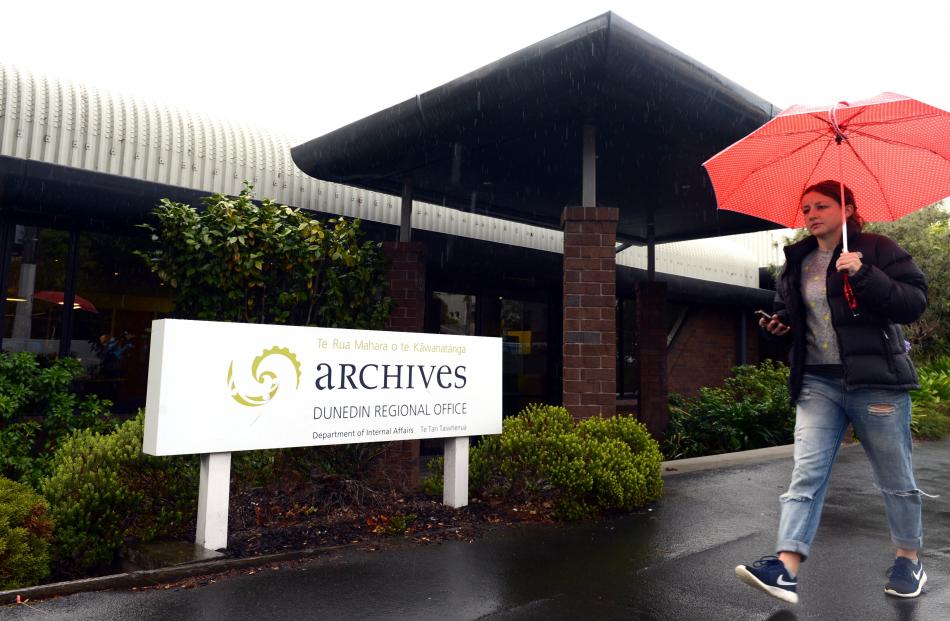 Those interested in the history of their homes have many resources at their fingertips, such as those housed by Archives New Zealand. Photo from ODT files. 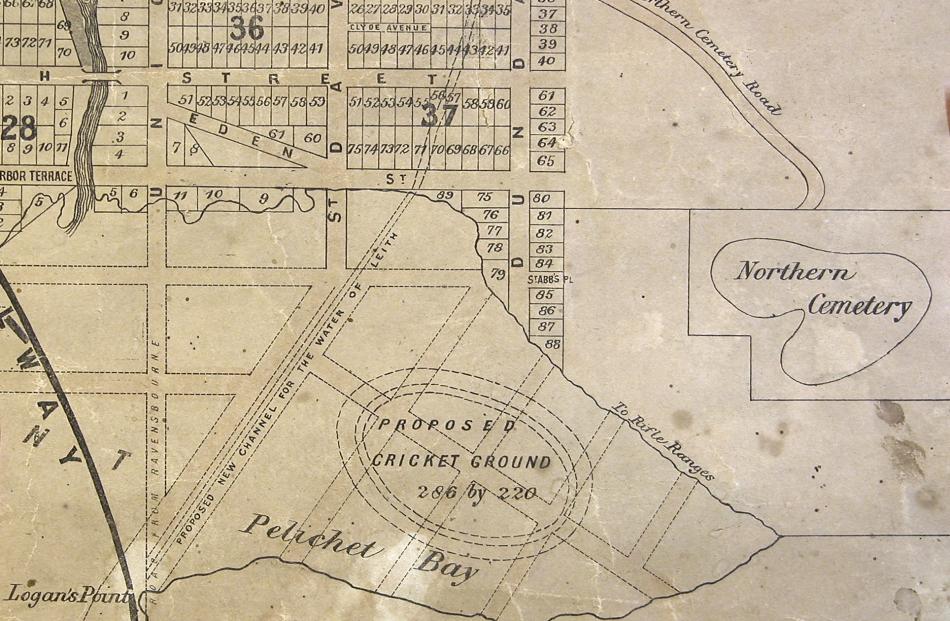 Old maps, such as this one of Pelichet Bay (today’s Logan Park), can give indications of an area’s past history. Photo supplied.

Enjoyed this week’s Streets of Gold series, in which we have profiled various Dunedin houses of historic significance? Fancy playing detective and tracing the history of your home? Kim Dungey tells you where to look for clues . . .

Some people want to solve ghostly mysteries. Others just want facts and figures.

The reasons people explore the history of their homes are many and varied but whatever the motivation, there is potential to uncover some intriguing stories.

In recent years, Heritage New Zealand has run ''how to research your home'' workshops in Dunedin, Invercargill, Oamaru and Central Otago. The popular seminars have drawn together the sources it uses every day to tell the story of historic places.

Archivists say some people want to restore their homes to their original states, are curious about former owners or simply want to know the age of their houses for insurance purposes. Others require archaeological assessments of pre-1901 properties or have reported seeing ghosts in their homes and wanted to work out who they might be.

Interested homeowners have a wealth of resources at their fingertips, from Archives New Zealand's deeds and certificates of title to the Dunedin City Council's archives - more than 3000 linear metres of material over five rooms in the basement of the Civic Centre. Heritage New Zealand has property files, mainly on properties already entered on the New Zealand Heritage List (www.heritage.org.nz) and archaeological reports for properties that have had archaeological assessments.

Original paint schemes, wallpapers or fittings can help date your house and changes made over the years can become apparent when you redecorate.

Once you have the names of former owners, you can find out more about them by going to records such as birth notices and obituaries.

Descendants of early owners can also be a rich source of information, with stories that bring the home's history to life and take it beyond just a collection of names and dates.

Deeds and certificates of title

These give the legal description of a piece of land (usually a block number, section number and survey district or township) and the various transactions recorded against it in chronological order, including previous owners' names. Usually, there is also a small plan.

Find the certificate of title number in your home's purchase documents or the rates information page on the Dunedin City Council website and take it to the Dunedin office of Archives New Zealand, which holds copies of certificates of title for Otago-Southland up to the early 1970s, as well as the handwritten deeds that preceded certificates from 1851. Both documents relate to land, not houses, but the date when the first owner took out a mortgage can be a good clue to when a home was built there. You can also search using the full name of a previous owner.

The Dunedin reading room, at 556 George St, is open weekdays from 9.30am to 5pm. Take identification to register as a reader - and a camera, because most of the land documents are too big and too fragile to be photocopied.

The catalogue and the indexes for the deed system are available at www.archway.archives.govt.nz but staff recommend visiting in person so they can give advice on using the system.

Probate records held by Archives New Zealand can also shed light on former homeowners. These include a copy of the person's will, their place of residence and occupation, the names of beneficiaries and often the value of property.

These include rates and valuation rolls, which can show owners, occupiers, what was on the land (such as house, stables, theatre, hotel) and a legal description, which can be converted to a current address. Changes from year to year can show when houses were built or ownership changed.

Searchers should keep in mind, however, that houses were sometimes renumbered, street names were often changed to avoid duplication and some records from the former boroughs that merged with the Dunedin City Council are missing.

A list of street name changes (along with the original 1857-1862 rates book) can be found at www.dunedin.govt.nz/services/archives/resources.

A selection of building permits are available from 1901 onwards and investigative work undertaken by staff last year means residents can now get a more complete history of buildings built or modified before then.

Applications for building modifications were recorded in a book from 1870 onwards. The book has not survived but staff inspected DCC and public works committee minutes to extract and transcribe 2649 handwritten recordings about central city buildings, which would have been recorded in it.

Coupled with historical information from the rate books, this gives a clearer picture of trends, building materials used, who owned what properties and when buildings were completed.

The council is also the first stop for house plans from 1901 on, though practice records for some architectural firms can be found in the Hocken collections.

Building and drainage permits held by the council provide owners' names and a legal description of the property.

Building permits also give the names of architects (if they signed the plans) and builders, while drainage permits contain information about demolitions.

Archives New Zealand has plans for many of Dunedin's state houses as well as old maps from the Lands and Survey Department, which are useful if you have a legal description of a block of land but no idea where it is located.

To find a certificate of title number, go to www.dunedin.govt.nz/services/rates-information and search by address.

Lower basement, Civic Centre. Make an appointment to visit by emailing archives@dcc.govt.nz. The first half-hour of assistance is free.

The Hocken website, www.otago.ac.nz/library/hocken, includes a guide to researching residences as well as a guide to the many architecture and building sources it holds. You can also search for archives and photos in its online catalogue, www.hakena.otago.ac.nz.

Many libraries and museums hold photos from around the country and many of them are available online.

The Hocken, for example, has more than a million historic images, including many that have been digitised and are available on Snapshop (www.hockensnapshop.ac.nz/). Its collections also include aerial photos of Dunedin from about 1949 (ask staff for these). There is generally a better photographic record of the inner city and a zoom function means often you can pull detail out of wider contextual views.

PapersPast is a digitised online collection of New Zealand newspapers. Select illustrations as the search option, then search by street name, owner's name or suburb.

Much of the Dunedin City Council's archival photographic material is accessible through Flickr (www.flickr.com/photos/dccarchives) and the Flashback Friday albums on the DCC Facebook page.

The council also has aerial photos of the city taken at 10-yearly intervals since 1947 (useful if you are looking for an old house that has disappeared), and general photos (many of which show street works but also have houses in the background).

Other useful sites on which to search for Dunedin content include www.digitalnz.org.nz and www.collections.tepapa.govt.nz/.

One of the best ways to trace the occupancy of a house year by year is through street directories (such as Stone's and Wise's), which are found at the Hocken and the third floor of Dunedin Public Library.

Many list occupants (not necessarily owners) by surname, as well as by street name and trade. Be aware, however, that streets may have been renumbered and that generally only the male heads of households were included.

Sometimes substantial homes were photographed and described in detail as building work neared completion or when soirees and other social events were held there.

Search PapersPast (https://paperspast.natlib.govt.nz/newspapers) under the name of the home, the architect, or the owners listed on the certificate of title (which may take you to their obituaries).

Dunedin Public Library has the Otago Witness and the Otago Daily Times on microfilm and its southern regional news index is useful for accessing articles in these and other local titles.

The earlier newspaper index (covering publications from 1851 to 1992) is located in a card catalogue.