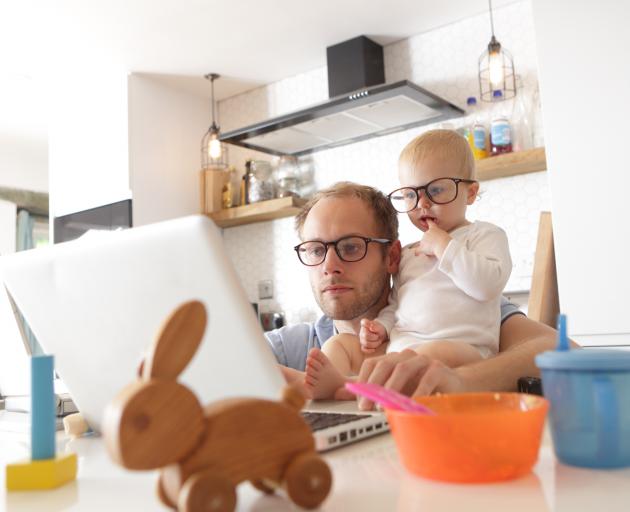 Photo: Getty Images
It could very well be that a few more of us spend time working from home in the coming weeks. Efficiency coach Nicola Brown shares some thoughts with Tom McKinlay about how to make that work.
So, you’re at home, but at work. Doing the right thing with a little precautionary self-isolation, despite feeling positively in the pink.

Anyway, work to do. And yet, you’re at home, where there are distractions. Some of them are other people, not all of whom have work in front of them. And for some of whom you are not the diligent worker, but rather mum or dad, meaning they have rather different expectations of your time at home. Especially if you are still wearing your slippers.

It’s all potentially quite fraught, the sort of situation that would benefit from a little bit of thought and planning.

Which is where Dunedin-based efficiency and executive coach Nicola Brown can help.

It’s a service she’s been supplying for about three years now. Online she’s Nicola Brown ‘‘Efficiency Queen’’. Being an efficiency coach wasn’t even a thing when she started. She may well have been the world’s first. But it turned out that she had identified an area of unmet demand - and now has international clients. In our current uncharted circumstances, demand is ramping up.

With Covid-19 beginning to upset settled work practices everywhere, she has advice about how we might all come through it with a semblance of composure intact. Or even come through it having genuinely explored the potential for silver linings and upside. 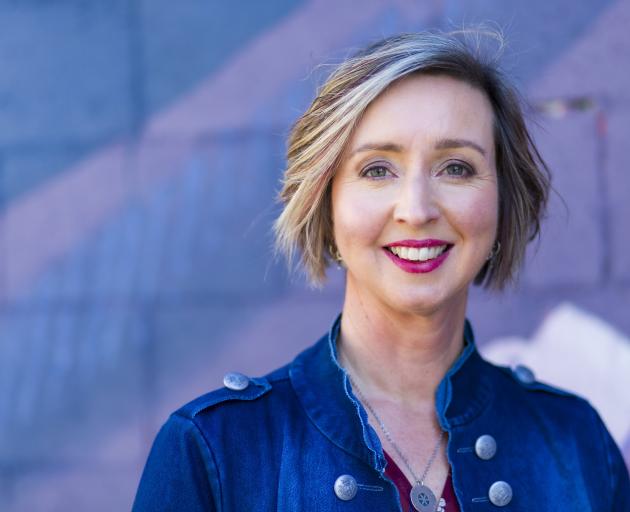 Nicola Brown: "I encourage people to actually design what their work day is going to look like, quite consciously, not just assume they will automatically fall into really good patterns." Photo: supplied
Nicola, who is also a clinical psychologist of 20 years standing, began her new business having had a very similar conversation with a lot of people about the treadmill they felt they were on; people who felt too busy, juggling too many balls with mixed success, and often entangled in the ubiquitous distracting technologies of modern life.

They wanted to find a satisfying equilibrium between work, health, family and social life.

Getting there, Nicola says, is about using time and energy most effectively: ‘‘So you can get work done but also have the life that you want outside of work.’’

Having done a lot of coaching with people who work from home, Nicola says there are some pitfalls to be avoided and some tricks that help to make it work.

‘‘One thing I think is really crucial is to create a structure, or a schedule. It doesn’t have to be set in concrete but it is really useful both for adults and for children.’’

Within a household there could be a shared agreement about how you are all going to use your time, she says.

A working parent with young children, for example, is going to have to think about how they can schedule work around their children’s needs.

‘‘The most likely time to get work done, for example, will be when they are having naps.’’

Or if there are two parents at home, they might agree a roster so each has some uninterrupted time.

Thinking about the best use of physical space comes in here, so everyone has an environment conducive to focus.

And that’s a potential upside. There’s the opportunity to create a workspace that’s ideally suited and work in a way you always wanted to.

‘‘You can design your work day according to what you know about yourself, in terms of what your own natural patterns of concentration and attention are like,’’ Nicola says.

In a workplace, sometimes your best times for concentration are taken up with meetings or conversation. Being at home can mean you get to use that time more productively. Work might get done faster.

Having done that, a new consideration arises.

‘‘It sounds a bit counterintuitive, but it is really easy for an adult working at home to over-work.’’

Many of the office distractions will be absent, Nicola says. So many people find, when they start working from home, that they sit at their screens for long hours without taking a break.

‘‘It is really important to make sure you do have proper breaks. And when you have a break it is a refreshing break, it is not just more of the same.’’

It can be an opportunity to multi-task a little. Hang the washing out at morning tea, or play with the dog and get a little exercise yourself.

‘‘That kind of thing can be really helpful.’’

The best approach to working from home will depend on whether it is just one person self-isolating or a larger group from work, Nicola says.

If the latter, there will need to be good communication to ensure essential boxes still get ticked. For example, if just some of the group have young children, that will have to be catered for.

‘‘They’ll have to talk about times of day when they will or won’t be available to communicate online.’’

Deploy some understanding and thoughtfulness, Nicola says. By all means set expectations, but it could be that expectations will sometimes have to be lower.

Among the most common pitfalls for home-based workers is the ever expanding day.

Part of that might be because work starts later, given no-one is around to know.

‘‘Which is why it is really good to set this up well from the beginning,’’ Nicola says.

Bad habits are easier to avoid than break.

‘‘That’s why I encourage people to actually design what their work day is going to look like, quite consciously, not just assume they will automatically fall into really good patterns.’’

Do not do the break-thing first, Nicola advises. Like watching an episode of something.

‘‘Before you know it you will be in that rabbit hole of watching a TV series that never ends.’’

Dressing for work will change too, and a little though there could also pay dividends.

It depends on the circumstances but most people can probably afford to dress more casually for working at home than they would usually, Nicola says. But do consider what you have on the agenda for the day.

‘‘If it's just going to be you and your computer all day, then don't bother ironing work clothes. But if you're joining a video-conference and throw on a work shirt in the moments before, then find you have to get up and walk away to referee a fight between children ... you're going to really wish you weren't still wearing PJ pants.’’

Communication is a recurring theme in much of this, whether between those at home or those formerly together in a workplace.

When you are no longer sitting at adjacent desks, communication is going to be different.

However, avoid bombarding each other with unnecessary calls and emails.

‘‘That can be just really distracting when people have a lot more on their plates.’’

Watch the content of emails too. Something written in an email can often appear more abrupt. The same words said in person can be moderated by tone of voice or eye contact.

Be a bit more gentle with email, Nicola suggests. Take a moment to re-read a message before sending. Better that than mopping up later.

In maintaining good working relationships, use what you already know about each other.

Be thoughtful about what we need ourselves to work effectively, but also apply that thoughtfulness to other people and acknowledge difference.

Video and audio conferencing can come into its own.

‘‘One of the things that I would suggest is to treat those meetings really seriously,’’ Nicola says. ‘‘To be prepared, be as organised for them as possible.’’

Don’t try to quietly multi-task in the background, just because no-one can see you doing it.

Another thing to be mindful of is that the transition from work to home will not be as clear, Nicola says, so decompressing at day’s end needs more deliberate punctuation.

‘‘People could give themselves some time to do other things; get outside, do some exercise, talk to neighbours over the fence.’’

Here’s an upside though; you get back all that commuting time.

‘‘I think that is actually a really good opportunity in these circumstances to think about how we can use that to be kind to each other.’’

It might be that someone in the neighbourhood needs help. Or there might be something you can do for yourself, for which there is not usually time. It’s an opportunity for generosity.

‘‘We have to recognise too that in really uncertain and challenging times we all need to cut each other a little bit more slack.’’

Don’t expect things to be business as usual.

‘‘It is really good to allow ourselves some kindness,’’ Nicola says.

Where things have become really grim, in Italy for example, people have come out on their balconies to dance and sing, she says. We might need a little of that here yet. 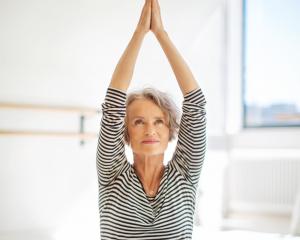 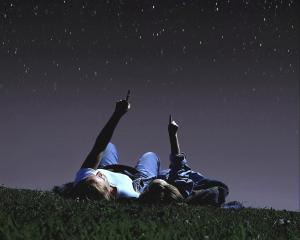 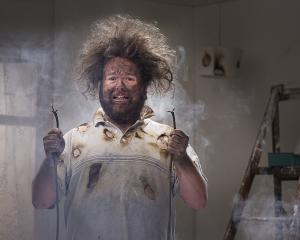