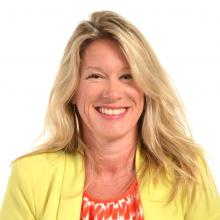 Lisa Scott
There’s a lot of that around at the moment; such a lot that you feel you really need to explain Communism to some people. If there was as much Communism going on in New Zealand right now as the anti-vaxxers would have you believe, the academics would already have their spectacles smashed and be toiling in the fields.

Remember how we used to book a holiday to Bali and then immediately get a shot for rabies, malaria, hep A and B and no-one accused the Balinese of being Nazis? Those were the days.

Foil boarding is a love child of modern yacht-racing technology, paddleboarding, windsurfing, and surfing; combining to come up with an evolutionary experience that has you flying above the water as if on a magic carpet.

I tried foil boarding last weekend thanks to the very kind Jeno and Simon of Wanaka Wind Works. Simon had always wanted a hovercar, like Luke Skywalker’s in Star Wars and this definitely comes close.

Surrounded by mountains, grebes raising their eyebrows at the rich men backing their boats into the water while shouting at their wives, you leave it all behind and head out on the deep cool lake.

Holding the tow rope in one hand, gingerly getting to your feet, the board gets pulled faster through the water until the foil pops up and you’re riding a metre above it. It’s very quiet (except for you, shouting at oncoming waves and telling your toes to ‘‘grip the board!’’) until you get bucked off and have to leap backwards avoiding the foil, resulting in some spectacular acrobatics.

It’s a feeling like no other, and not really dangerous, if done properly, so it’s weird that the Casanova is so into it. Because when it comes to danger, he’s an absolute hypocrite.

Danger Mouse to my Penfold, he recently sold his electric skateboards, declaring them ‘‘too unsafe’’ - only to buy a new paragliding wing almost three years to the day after breaking his back paragliding.

When I pointed this out, he gave me some guff about mitigating risk and pilot error which was about as credible as a National Party Covid plan. And then promptly took up foil boarding.

There are people who thrive on danger, and scientists reckon a liking for ‘‘up high, go fast, multipass to hospital’’ adrenaline sports comes down to a desire for novelty and the need for a dopamine fix.

I’m fairly risk-averse: I can’t handle my phone being on less than 65% power and if the fuel light comes on, I pull over and phone the AA.

However, life seems risky all the time right now, what with wearing a mask everywhere, scanning in and the constant howls of protest from the dangerously ill-informed. People who can’t get their head around the difference between protecting yourself and others from a deadly virus and totalitarianism.

We’re living in a whole new world. A looming public health crisis, society dividing as we did during the Springbok tour. Social media has become a hateful babble, a hall of mirrors, Facebook’s rebrand to the infinity symbol an ominous portent.

There’s so much noise, so much blaming and friction, protests, roadblocks, craziness and stupidity, some days I get to work and feel so sick with dread that I can’t do anything at all. I’m not the only one. We’re all waiting for the next terrible thing - the pandemic is affecting our mental health so much there’s now a new disorder: Covid stress syndrome.

Numerous recent studies have shown global increases in the prevalence and severity of depression and anxiety as well as increases in post-traumatic stress disorder and substance abuse - likely stemming from the changes to daily life we have all been asked to make in attempts to prevent viral spread. Which is why there has never been a better time to stop and take a magic carpet ride, above the chop, where it’s smooth sailing. 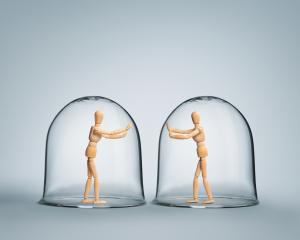 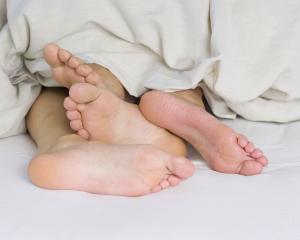