Permanent resident and fulltime artist Adrian Hall takes more than 200 photographs during the week, he says, the majority within a kilometre or two of his home. Most days, he embraces nature’s elements, sometimes accompanied by artist and partner Michelle Beavor and their two dogs.

He now always carries a camera, he says, after previously missing opportunities. One included “a sealion fighting with a huge octopus close up. That was amazing”.

Back indoors, he’s taken to working in the living-room as his artworks have filled his studio to capacity. He hopes not to encroach into the kitchen.

The risk of encroachment is part of life in Aramoana. The township sits on a sand dune spit at the mouth of Otago Harbour. The land on which the 150 or so permanent residents live is generally less than 3m above sea level and the only access to the community is via a winding road that skirts the harbour’s edge. 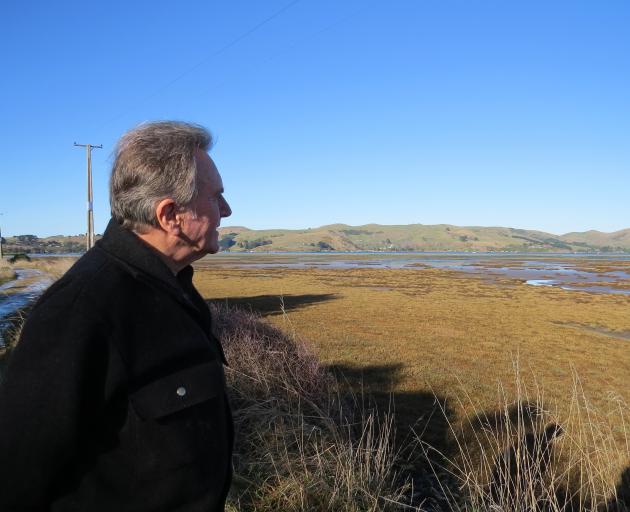 Adrian Hall looks out over the Aramoana saltmarsh, which has been protected from doughnuts by the action of the community. PHOTO: MAUREEN HOWARD
Since the couple arrived in 2003, they’ve watched the hoiho population decline. From 2000 to the present, the local colony has declined from a high of six breeding pairs, in 2007 and 2012, to two last year.

Hall denies falling in love with the nature in Aramoana.

"It forced itself on me: There were dead penguins," he says.

There is also the matter of the Aramoana saltmarsh, one of Otago’s most intact examples. Saltmarshes are a coastal wetland of salt-tolerant plants that receive a gentle daily soaking of salty tidal water. Over thousands of years in this environment, plants build a bed of mud and peat beneath them. It’s a naturally uncommon and fragile ecosystem that’s become increasingly rare due to human activity.

After the road to Aramoana was improved about 15 years ago, Hall says, more people began coming out at night and "cutting doughnuts" in the saltmarsh.

"It was being destroyed in front of our eyes!"

In the summer of 2016 the situation began to turn around.

"After four years nagging Doc and innumerable community meetings we finally got a gate on the back beach, which has helped to preserve the saltmarsh. And there’s virtually been no damage since that gate got up. So that feels good. Thank you, Doc," he says.

Hall’s introduction to nature began during his childhood in Cornwall, where he spent time working on a farm and went solo camping on the undulating acidic soils of Bodmin Moor and Dartmoor.

That time alone in nature was formative.

"I think you start to absorb," he says. "You start to sense the relationship of things."

Art was his favourite subject at school.

"It was the only thing I could ever do well and it was certainly the only thing I ever felt was worthwhile, because I rashly and arrogantly thought that the practice contributed to humanity and the quality of life. I still do." 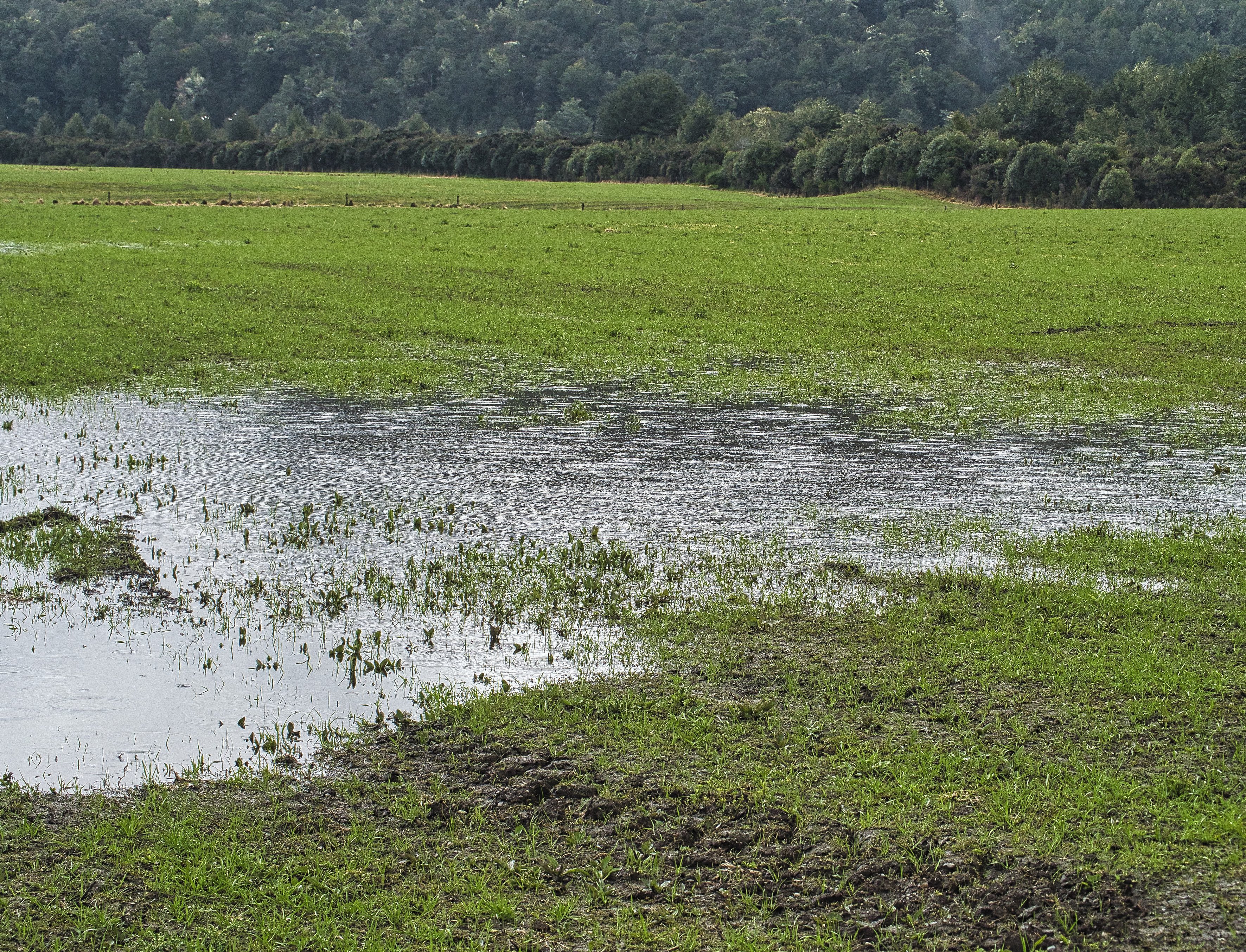 untitled (the Field), by Adrian Hall.
Leaving school at 16, he completed an undergraduate degree at Plymouth College of the Arts, a masters degree at the Royal College in London and another at Yale University School of Art and Architecture. In those postgraduate settings interactions evolved alongside his practice.

"You could find more and more serious people to talk to," he says.

For example, during his stint in London in the 1960s he worked for two years with Yoko Ono, then a recent visitor to the United Kingdom.

"I think I learned a lot from her about another kind of art, which wasn’t about ‘market and things’. Hers was more a philosophical attitude."

Hall’s awareness about climate change coincided with the two icebergs that broke free in the Antarctic and drifted north along the southeast coast of New Zealand in 2006. It was the first time icebergs had been visible from mainland New Zealand since 1931. About that time, he also attended a symposium for conservationists.

"What I learned is that ecology is bigger than one species. And what’s even bigger than ecology at the moment is the climate crisis."

Hall says he will show three works in next month’s climate change symposium and exhibition at the Otago Polytechnic’s Dunedin School of Art. One of his contributions will be a 3m-high photographic installation, showing a water-logged field near Milford Sound called untitled

In March, the photo installation was exhibited in Sydney, in response to extreme weather events happening at the time — bushfires in Sydney and flooding near Milford Sound.

"Sydney had the bushfires, I had the photograph, and the place I had taken that photograph was being evacuated because of floods and rockfalls."

Hall views the photo installation within the wider frame of climate change, in which more extreme weather events are predicted to become the norm.

"I’m interested in seeing it here now in the context of this climate change symposium, whether it works as an emblem, and if it will signify other things for people to decode through their own experience, in their own heads, in their own time."

Aramoana’s experience of the near future will almost certainly involve increased coastal erosion due to sea level rise.

"I went to a Doc meeting where they’d done projections and modelling and they reckoned that within 50 years that the road would be a metre under water."

Our current predicament is not helping.

"It’s unfortunate that Covid-19 came along, in so many ways," says Hall, “as it is a distraction, and one of the things that distraction is doing is providing excuses to fast-track inadequately thought-through government remedies.

"Instead, we need to take advantage of the opportunity it brings in the shadow of the climate crisis to re-examine the way we live our lives and to rearrange the critical priorities."

Hall hopes to provoke some of that re-examination through his art.

"I’d like to think I am now still a deadly serious artist even after 60 years’ working."

"But we can raise question marks over our existence and offer something, even induce a conscience, to help ameliorate those issues."

"Mapping the Anthropocene in Otepoti/Dunedin: climate change, community and research in the creative arts"