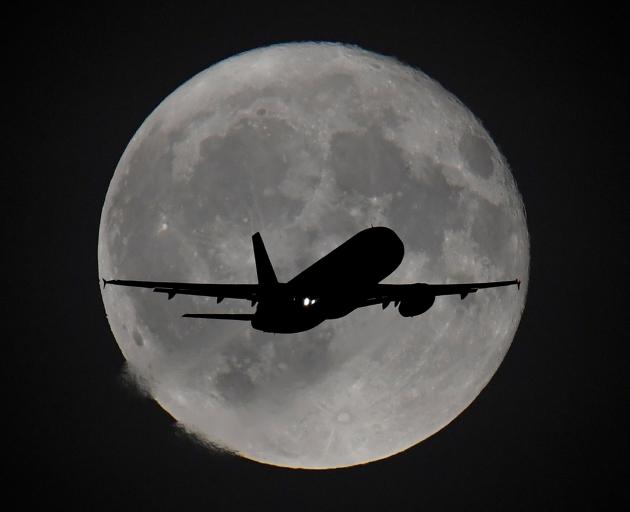 Photo: Reuters
Flying is often the best way for academics to get where they want to go, both geographically and in terms of their career. But what if staying grounded is better for the planet? Maureen Howard talks to some wrestling with the dilemma.

"I knew it would be bad, but I was shocked once I saw the number in black and white," says Prof Shaun Hendy, of the University of Auckland.

He is talking about the carbon footprint of his 2017 travel. The figure was 18.885 tonnes of CO2, according EnviroMark's travel calculator. The following year, it was just 1.148 tonnes of CO2. The difference? In 2018, this professional academic chose not to fly.

Prof Hendy's area of expertise is not climate change. Rather, he is a successful mid-career physicist specialising in complex systems and networks who understands the warming impact of greenhouse gases. "So this was something I thought I could do. It would demonstrate walking the talk, because there is a certain amount of hypocrisy about scientists flying around the world, telling everybody to cut their CO2 emissions whilst CO2 comes out the back of the plane."

Prof Hendy's decision was strongly influenced by the work of his colleague, psychologist

Dr Quentin Atkinson, who has studied "costly signalling" in religious leaders, the idea being that by doing something costly to themselves they share the depth of their convictions.

For an academic, not flying is costly signalling.

"From a personal point of view you are not going to change the world by not getting on that plane yourself but if you can get the message out to enough people then maybe you can start changing behaviours."

It is a message worth sharing. Many academics belong to the small group of humanity called "high-emitters" who fly more than the general population.

Prof Hendy was not part of the high-emitters club during his Flight Free 2018, when New Zealand's oceanic location confined him to its shores. Instead he replaced international conferences with local ones and, unexpectedly, this brought diversity.

"Perhaps I branched out a little bit more in terms of the conferences I went to last year as opposed to going to the specialist conferences that I would otherwise have gone to." Prof Shaun Hendy is working on his flying footprint. Photo: Supplied
To travel in New Zealand, Hendy took trains and buses, shared cars and hired EVs. In particular, he relished the work-travel combination of train travel.

"Taking the train for an academic is a perfect experience actually. You've practically got a beautiful office all day. Take your laptop and you can actually get quite a lot of work done on that train."

Not stuck to his desk, Hendy had nine more working days away from home during his no-fly year than the previous year. Much of his work is relevant to government, so in 2017 he made one to two brief stopover flights to Wellington a month. During 2018 he travelled to Wellington once every three months for at least three to five working days at a time. He worked differently, meeting colleagues twice in the week if necessary.

"I actually found that more than compensated for those short day-trips."

Good planning was essential, so when Prof Hendy was asked to be on the Mycopolasma Bovis Strategic Science Advisory Group with the Ministry of Primary Industries, "that's when things started to unravel a bit".

"It was a crisis. We did have to be available at short notice."

Without the leisure of planning and taking trains, Prof Hendy found himself sleep-deprived on overnight buses and taking phone meetings that lasted for three or four hours. Despite this, "I actually found [the year] really enjoyable overall."

So could other academics do the same?

Prof James Higham, of the University of Otago's tourism department, does research on climate change and aviation. In February, Higham and colleagues had a research paper accepted for publication that investigated the personal and professional decisions that underpin academic travel practices. They interviewed a broad range of academics across the university and found an equally broad range of responses, from those who said that "air travel for an academic in remote Dunedin was absolutely critical for their careers" to those who "are committed to making efforts to reduce their travel".

Academics feel pressure to fly for various reasons according to Prof Higham. University employment can set expectations that academics engage in international collaboration and sit on international editorial boards. Many types of research, such as classics and earth sciences, are impossible to do without travelling. "Try being a polar scientist without travelling to the poles!" was one response received. In addition, many academics in New Zealand have family living overseas.

"We have such an international staff that that's a further personal compromise," Prof Higham says.

From his own "best efforts" to reduce his emissions, Prof Higham admits that there are some "huge sacrifices and compromises associated with stopping [flying] altogether". One solution for Prof Higham has been to focus on collaborations closer to home or in Brisbane rather than much further away Europe. His days of travelling long haul to simply attend a conference are now long gone.

Profs Hendy and Higham are sympathetic towards early-career academics who have not yet had the opportunity to build collaborations and for whom informal interaction can lead to fruitful outcomes. Having already established numerous connections "I feel like I can take a year out of conferences and not have an undue effect on my ability to do science" Prof Hendy says.

Profs Hendy and Higham are not alone. A growing number of scientists are chronicling their experiences of flying less online, and there are several virtual support groups for academics looking to cut back and stay on the ground.

Likewise, overseas, a few large conferences are organising partner institutions to act as "satellite conference centres" in different continents and different countries around the world, Prof Higham says. These satellite hubs allow academics to actively engage with the conference. The result is that more delegates are attending, travel distances have decreased, and more academics are registering from countries that previously "no-one would ever attend from - Indonesia, or the African nations" because they did not have the travel funds.

Prof Higham is trying to shift the culture at University of Otago. He has been working with university sustainability manager Dr Hilary Phipps to see how travel emissions can be reduced individually, departmentally and divisionally. When they ran a departmental seminar in 2018, he was surprised that a large group who attended were not resistant to making changes. Together the meeting identified possible pathways forward, such as; deliberating on whether attending a conference was necessary before applying for funding, considering if a collaborator could attend and report back, using virtual technology for long distance connections, ranking planned trips on their importance and eliminating the least important, and taking fewer trips of longer duration - such as sabbatical leave, which typically occurs once in three or four years.

In particular, Prof Higham says, "I would like to see us move towards a funding model that gives greater emphasis to less regular sabbatical-like trips rather than very regular annual conference and other work-related trips from month to month."

Prof Higham anticipates unintended benefits. "I did get a very positive sense from people that [less travel] could actually relieve some of the stresses in their busy lives."

For Prof Hendy, perhaps the biggest unintended benefit of his year of not flying was strengthening and making new connections in New Zealand that included helping with the Mycoplasma bovis crisis. His no-fly year is also having the effect he wanted.

"A lot of my colleagues have reacted positively and let me know that they have taken positive steps to reduce their carbon footprint. I know a number of people that would have taken the plane, for example, [but] following what I did are looking at video conferencing and web seminars instead."

Although he's already flown again this year and will go overseas, "this year my goal is to cut my 2017 CO2 emissions by 30%, so I am not going to go back to how I was doing things back in 2017 when I would have been on the plane all the time."