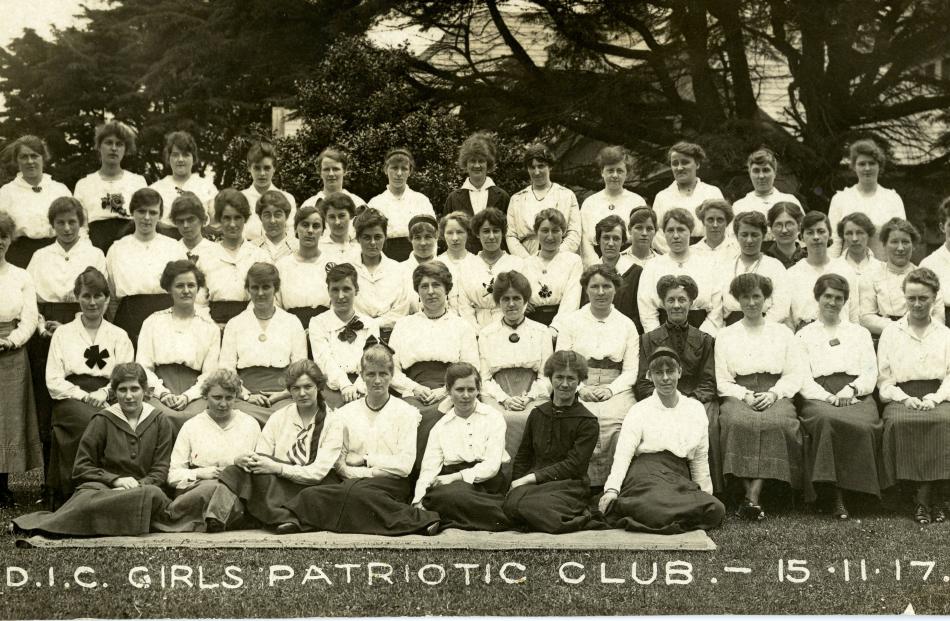 The D.I.C Girls Patriotic Club was typical of the women's groups formed to support soldiers with their craft skills. Photos: Supplied 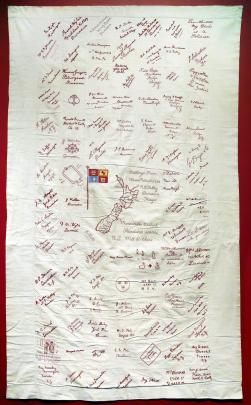 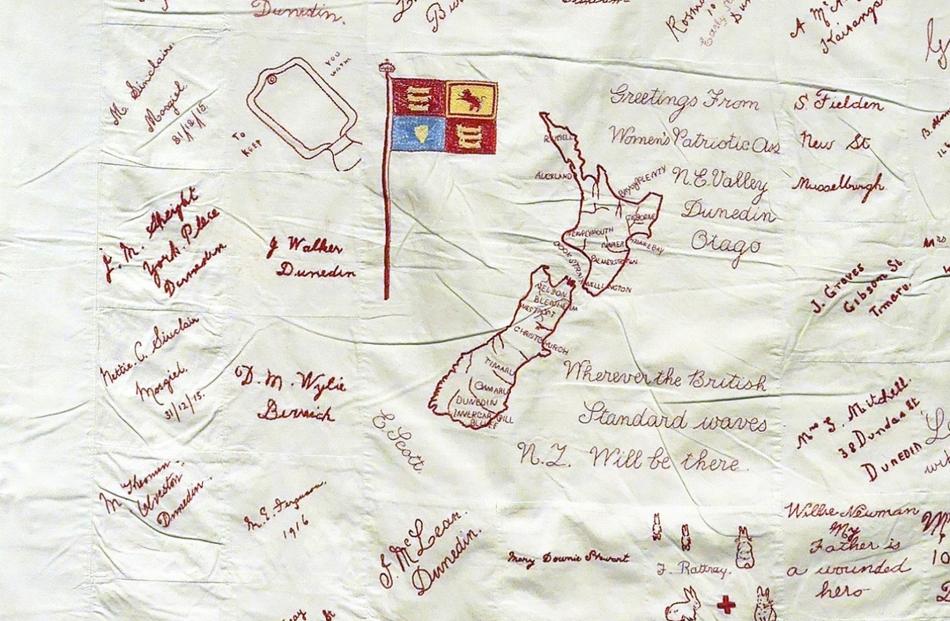 The greeting from the NEV Women's Patriotic Association is surrounded by names of prominent Dunedin families, Downie Stewart, Rattray, Speight and Theomin among them.

When war broke out in August 1914, young men rushed to join the colours. Their mothers and sisters (few wives as almost all of the original recruits were single) were also keen to play a part in the war effort, but there was no place in the armed services for them.

Instead, they took up their needles and began to sew shirts and underwear for the expeditionary force. The range of women's patriotic activity broadened somewhat as the war progressed, but sewing and knitting for the soldiers remained core tasks. Women's patriotic groups formed in every Dunedin suburb, and across the province.

One popular activity, which doubled as a patriotic fundraiser, was to sew autograph quilts. Supporters would pay a fee to write their name on a square of white fabric, often adding a message of goodwill. These would then be embroidered in red by skilled sewers and the patches stitched together to form a coverlet.

The finished quilts were then sent to military hospitals in Britain where the names and encouraging messages must have brought cheer to many a convalescent soldier.

Hundreds of the quilts were sent overseas. Few organisations, however, would have produced as many as the North East Valley Women's Patriotic Association. By the time it disbanded in 1919, the association had sent 24 autograph quilts overseas.

At war's end, the military hospitals were disbanded and all their goods and chattels disposed of. The autograph quilts were often taken home by former staff members or auctioned off in clearance sales.

Over the years a few have come back to New Zealand, "repatriated'' by British families who appreciated their historic significance. Toitu Otago Settlers Museum now has six in its collection, two currently on display in "The Women's War'' exhibition.

Not surprisingly, three of the quilts (including one on display) bear the mark of the North East Valley Women's Patriotic Association.