The dream of a home for everyone 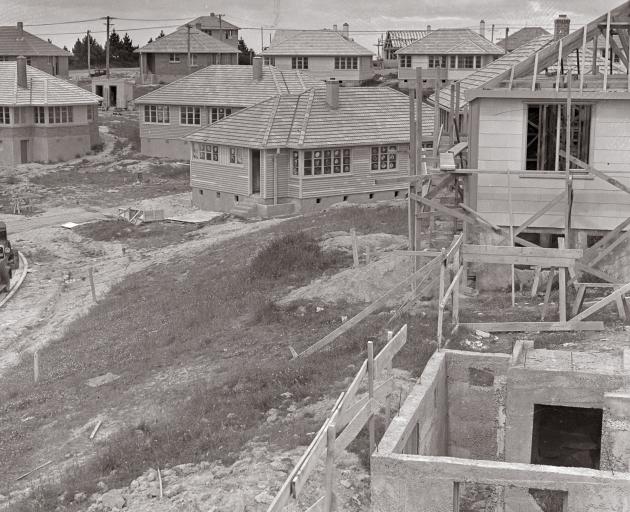 Stenhope Crescent takes shape in December 1948. Photo: Evening Star
They are part of everyday life in New Zealand, things of here or invented here which are part of the fabric of our being. Today Mike Houlahan looks at the state house - a true New Zealand icon.

Few of us are designers or architects, but the classic state house is such a familiar structure that most people would recognise one of the thousands of houses build by the Government from the 1930s to the 1950s.

However, one of the ironies of that design is that the very thing the Government wanted to avoid was rows of houses which all looked the same.

Out was the terrace row or housing estate design of the "Mother Country" and in was a building designed to maximise light, with an interior "arranged to promote a harmonious home life while remaining hygienic and efficient."

When the First Labour Government devised the scheme, it began with a basic template - a two- or three-bedroom single-storey house - and asked architects employed by the newly established Department of Housing Construction to come up with 400 different house plans based on that template.

The differences were often subtle - porches or windows were in different places, or the roof was pitched at a different angle. 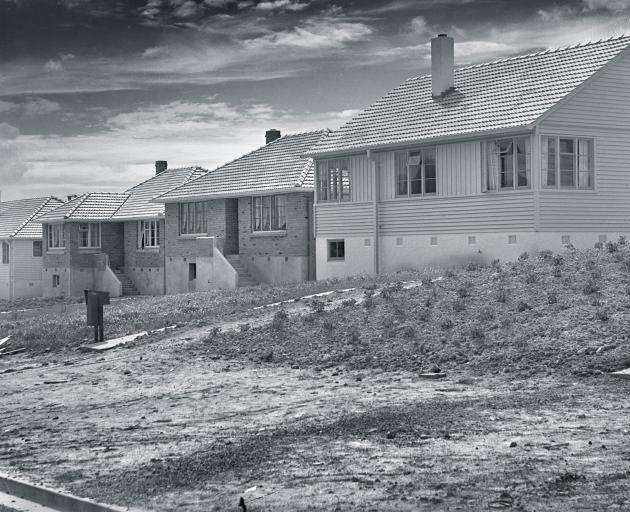 New state houses in Corstorphone Rd. In 1948 the original tenants had just moved in and , while little had been done to landscape the properties, there is a healthy crop of potatoes outside the house nearest to camera. Photo: Evening Star
More obviously, different types of cladding - weatherboard, brick, or cement sheets - would be used to differentiate between buildings of the same design.

However, the heart of each state home was the living room.

The largest room in the house, it was north-facing for maximum sunlight, and conveniently alongside the kitchen - with a hall in-between to separate living spaces from bedrooms.

Bathrooms, toilets and the laundry were near the kitchen to keep all the plumbing services close by.

Food safes and open fires were staples of the earliest houses - fridges and electric fires were in few 1930s houses, be they state houses or private dwellings.

A tool shed was often alongside the house, or in the basement - the state house tenant was expected to be handy, and also to till the soil of the vegetable patch their sizeable section should allow them to cultivate. 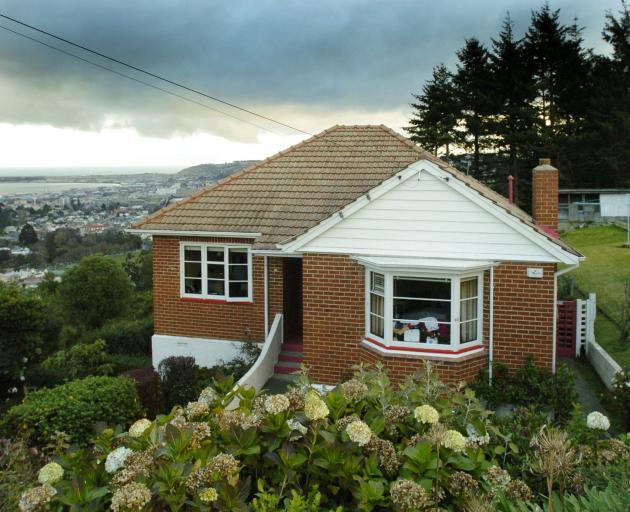 One of Dunedin's original state houses, in Hislop St, Pine Hill. PHOTO: GERARD O'BRIEN
The first state home was built in Wellington, at 12 Fife Lane, Miramar, in 1937. The newsreel footage of Prime Minister Michael Savage and his Cabinet helping move the McGregor family in is some of the best-known ever shot in New Zealand.

The building is now registered with Heritage New Zealand as having great social historical significance. Fife Lane was the forerunner of state house suburbs throughout the country.

Mangere and Otara in Auckland, Naenae and Cannons Creek in Wellington, Aranui and Shirley in Christchurch and Liberton and Corstorphine in Dunedin are among the best-known.

In those suburbs, the McGregors and their fellow tenants paid a weekly rental based on the average capital cost of their house, plus maintenance and insurance.

As time passed, new designs superceded the "classic" state house, and the old houses suffered from wear and tear: movies like Once Were Warriors depicted a state house lifestyle a million miles away from the modern, comfortable family life Savage and co had envisaged in their homes fit for heroes.

However, that grainy 1937 footage remains a totem for state housing advocates, film which has reinforced the drive for every New Zealander to have a safe, warm, comfortable home.