Otago, from the  shores of the Pacific Ocean to the Southern Alps, is a region of great beauty, diversity and significance. Its people, resources and attractions, which have helped shape  New Zealand, continue to be powerful, globally recognised emblems of this country.

Bruce Munro invites you to discover the region a new through 10 day trips that tell the story of Otago. Part 2 covers the past 160 years, from the first export shipment of refrigerated meat to the Ngai Tahu Treaty settlement. 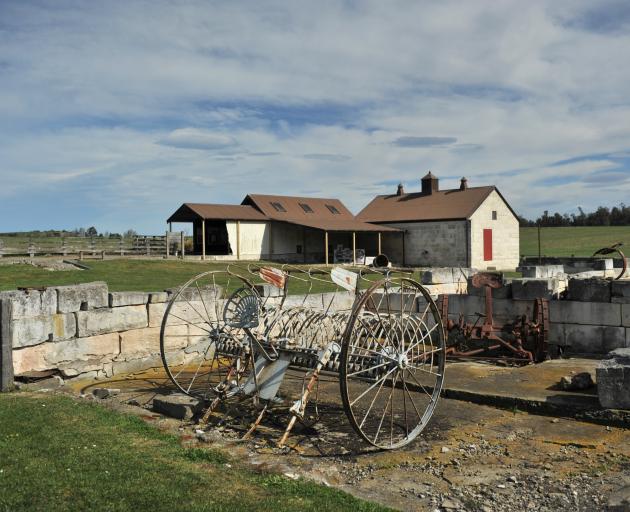 Many motorists on State Highway 1 south of Oamaru presume the hilltop monument they pass near Alma is a war memorial, not realising it marks the farm where New Zealand’s trade with the world really took off.

Turning off the highway here, flickering glimpses of the monument are still seen from the tree-lined drive. But attention is diverted to what is at its terminus — the restored Victorian farm buildings of Totara Estate, home to the first frozen meat shipment from New Zealand.

In January and February 1882, more than 4300 sheep and almost 600 lambs were slaughtered here in preparation for a grand gamble. They were to be sent by train to Port Chalmers and packed into a specially built, new-fangled, refrigerated sailing ship bound for the United Kingdom. The 98-day voyage went well and the meat sold in London’s Smithfield Market, in a fortnight, for twice the price it would have received in New Zealand. 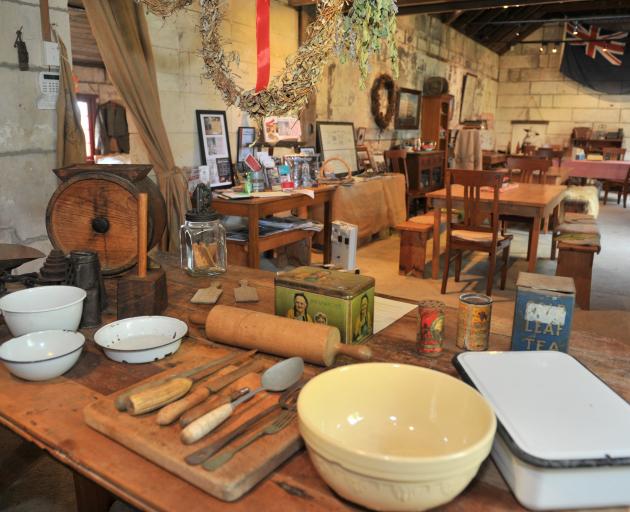 It was the start of what is New Zealand’s billion-dollar meat export trade, which, as then Governor-General Sir David Beattie said during the 1982 centenary, "helped to pay for New Zealand as we have known it, for our social order, our way of life, our security".

Totara Estate is now run by Heritage New Zealand to offer a taste of the country’s traditional farming heritage and as a tangible link to the revolutionary role this farm played in the life of the region and the nation.

Take a guided tour around the fascinating piece of living history that is Totara Estate.

Climb Sebastopol Hill to the base of the 10.7m monument in memory of Totara Estate farm manager Thomas Brydone.

Visit Clarks Mill, just south of Totara Estate and open on Sunday afternoons during summer, which is a rare example of a fully restored C19 flour mill.

It is now just a grassed paddock with a nice view southwards to Moturata/Taieri Island, the only chunk of land between this coast and the Antarctic. But this grassy knoll is the spot where a man lived whose name has become synonymous with New Zealanders’ experiences of the horrors of World War 1, even though he never took up arms.

During the four years it took to fight the planet’s first global war, almost 100,000 New Zealanders served overseas. About one in five died. Of those killed, about 4000 were from Otago and Southland, including almost 2000 from Dunedin. It had a deep and lasting impact on the region and the country.

The father of poet James K. Baxter was raised in a poor farming family on Saddle Hill, Dunedin. By 1914, the then 33-year-old was a committed pacifist. Military conscription in late 1916 resulted in Baxter being imprisoned and then shipped to the frontlines in Europe. There he was subjected to Field Punishment No 1 (aka "the Crucifixion") — being tied tightly to a post in the open for up to four hours a day in all weather. The mental anguish took its toll and Baxter was sent home. He married and for 10 years farmed and raised a family at Kuri Bush, just north of Taieri Mouth, before moving 15km to Brighton where he continued to support pacifist causes.

Finding the spot where Baxter spent that decade after his ordeal is not easy. No buildings remain. The Weekend Mix spoke to a Kuri Bush farmer who, as a child, lived near "Archie", whom he met a few times.

"He was a really nice bloke," the farmer said and mentioned some landmarks identifying where the Baxter farmhouse once stood. Driving south on Taieri Mouth Rd, about 200m past Otokia-Kuri Bush Rd East, it is the paddock on the right.

Collect mussels from the rocks along the Brighton coastline at low tide. 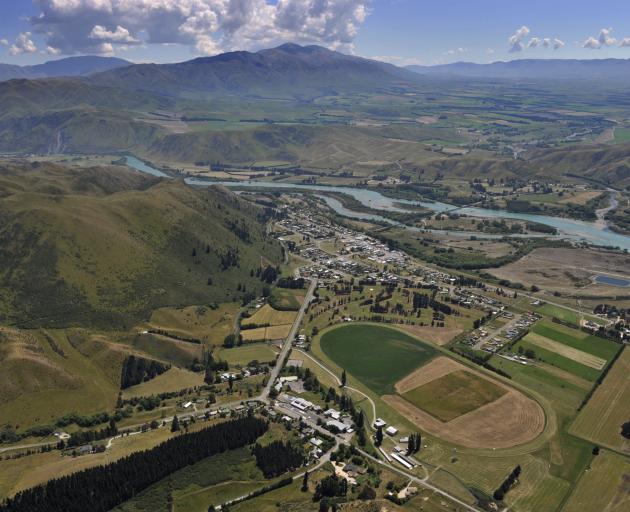 The view of the broad, fertile valley narrows to tall peaks and rushing water where the Waitaki River flows past Te Kohurau hill. Waitaha people, later tribes and then European colonists settled in this bracing, beautiful, big-sky spot that has become known as Kurow, an anglicized version of the name of the hill in whose shadow it stands. And here, ideas were developed that would turn New Zealand into a leading light for government care of citizens.

Two blocks back from Bledisloe St, Kurow’s main drag, is St Stephen’s Presbyterian Church. Here, in the mid-1920s, the newly ordained Rev Arnold Nordmeyer was appointed as minister. Just around the corner was the home and surgery of the local physician, Dr Gervan McMillan. It was in this house, during the Great Depression, that Nordmeyer, McMillan and the school headmaster Andrew Davidson met for heated discussion. They thrashed out ideas for applying Christian ethics to the bad working conditions of the many hundreds of Waitaki Dam builders and the appalling living conditions of the further hundreds of unemployed hopefuls the construction attracted from throughout the country.

Their scheme was based on ideas used by the Forester Lodge, a mutual benevolent society that also tried to help non-members in need.

By 1935, Nordmeyer had become an MP in the first Labour government. He worked with McMillan and Walter Nash to develop those Kurow ideas into what would become the government’s social security policies.

Grab one of the New Zealand Social Security Heritage Trail pamphlets from the Kurow Museum and Information Centre for a self-guided (mostly) walking tour of Kurow’s contribution to global ideas about the welfare state.

Spectacular  views of the Waitaki and Hakataramea Valleys await those who make the 20-30 minute trek up the Kurow Hill walkway, off Grey St. 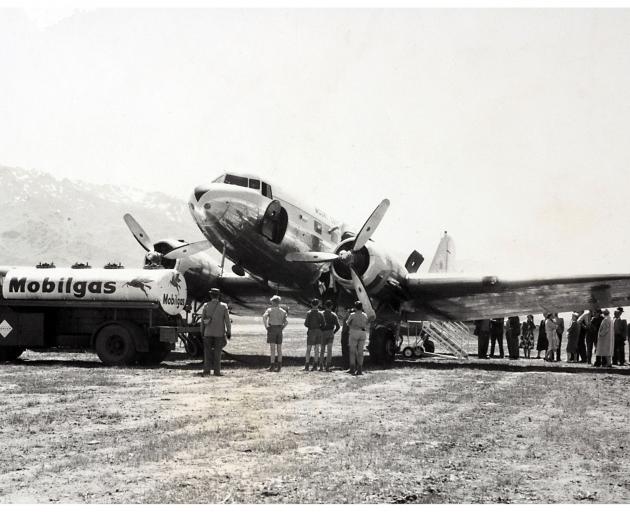 The opening of a commercial airfield near Cromwell, in 1961, marked the expansion of the Southern Lakes region as tourism destination. PHOTO: CROMWELL MUSEUM
LOWBURN, CROMWELL, CENTRAL OTAGO SOUTH ISLAND TOURISM TAKES OFF, 1961

Now it is home to orchards, vineyards and an increasing number of lifestyle blocks. But in the early 1960s, the top of Sugarloaf, near Cromwell, was an airfield that opened the Otago tourism floodgates.

Driving towards Wanaka on the western edge of Lake Dunstan, only 5km after the Cromwell turnoff, the potential visual distractions are myriad. Willow-lined water reflecting clouds and sunlight, tussocked banks partly hiding new holiday home subdivisions, the snowcapped form of the slumbering Southern Alps taniwha. It is easy to overlook the approaching sloping sides of Sugarloaf that rise from the road edge, giving little thought to what might be atop this hill.

For the inquisitive, turning left off SH6 into Lowburn Valley Rd is as far as their curiosity can legally take them. Because the right-hand turn into uphill Sugarloaf Dr is a private road, as are other approaches to what is a 75ha tabletop.

But as you drive past, or stop to picnic by the lake, know that you are within cooee of an elevated 750m-long airfield that played an important part in New Zealand becoming the adventure tourism capital of the world.

Otago’s Southern Lakes region has been a tourist must-do since the mid-1850s, when Clutha farmer Nathaniel Chalmers and Maori guide Reko rafted down the Clutha River/Mata-Au. But the number of people wanting to experience the grandeur, beauty and excitement of the area far outweighed the transport infrastructure capacity. That all changed in 1961.

Seven years prior, tourism pioneer Harry Wigley had obtained a licence for his Mount Cook Company to fly passengers from Christchurch to Queenstown via Mt Cook. But the airstrip at Queenstown was too small for the DC3 aircraft Wigley wanted to use. So he spent years developing the airfield atop Sugarloaf. And on November 6, 1961, the maiden flight took place. Tourism in the area expanded rapidly. The Sugarloaf airfield closed in 1969, once an extension to the Queenstown airfield had been completed, its job done. Last year, before Covid-19 interrupted global travel, tourism was New Zealand’s biggest export industry and the lower South Island its biggest magnet.

Be taken for a spin in a supercar or get behind the wheel of a kart at Cromwell’s Highlands Motorsports Park.

Pan for gold at the Goldfields Mining Centre.

Take a group selfie in front of Cromwell’s giant fruit sculpture to remember your visit to the "Fruit Bowl of the South". 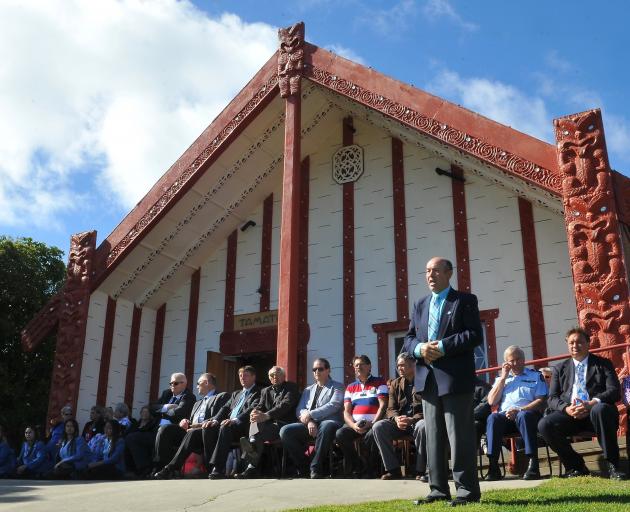 Only 40 minutes from Dunedin’s urban bustle, Otakou is a world away; a picturesque place of sea and sky where the rise and fall of the tide set the daily rhythm. This serene harbourside village is a fitting Otago locus for the 150-year journey to the landmark Ngai Tahu Treaty settlement.

In 1840, the Treaty of Waitangi was signed by seven high-ranking chiefs across three Ngai Tahu marae, including at Otakou near the tip of Otago peninsula.

Starting in 1844, the Crown bought 34.5million acres from Ngai Tahu, but within five years, was defaulting on the deal, failing to set aside 10% of the land for the tribe and not establishing promised schools and hospitals. The tribe became virtually landless and, consequently, impoverished.

In 1849, Ngai Tahu chief Matiaha Tiramorehu made the iwi’s first formal complaintabout breaches. The first claim to the courts was made 19 years later.

Over the decades, a dozen different commissions, inquiries, courts and tribunals repeatedly found in Ngai Tahu’s favour, but no action was taken.

Treaty of Waitangi claim negotiations with the Crown began in 1991. It was a fraught process that resulted in the Ngai Tahu Claim Settlement Act becoming law on September 29, 1998.

The claim set precedents for all other Treaty claims that followed.

The Ngai Tahu settlement has enabled the iwi to re-establish itself as an economic force within the South Island.

Enjoy the 5km stretch of scenic harbourside cycleway that passes through the Otakou and Harington Point settlements.

Half a kilometre up Tamatea Rd, off Harington Point Rd, is Otakou marae. This is private property. But from the road there are good views of the historic church and  meeting house.