Otago, from Pacific Ocean to Southern Alps, is a region of great beauty, diversity and significance. Its people, resources and attractions, which have shaped and built New Zealand, continue to be powerful, globally-recognised emblems of this country.

Bruce Munro invites you to discover the region anew through 10 day-trips that tell the story of Otago. Part One covers half a millennium, from the earliest human settlement to the 1861 gold rush.

Rounding the downhill bend that cuts through forestry northeast of Palmerston offers a sudden, delightful view of the Katiki Beach coastline stretching north towards Moeraki. A hard right turn on to Shag Point Rd leads past an assortment of simple and luxury cliff-edge cribs to the headland site of the earliest known human settlement in Otago.

When Polynesian seafarers first reached these uninhabited, subtropical islands about 750 years ago, they rapidly spread down the east coat of Te Waipounamu, the South Island. Within a few generations, nourished by plentiful moa, seals, fish and shellfish, they had established large river-mouth settlements. Among them, the earliest and best known, are villages on both sides of Waihemo Shag River mouth, occupied from about 1300AD and excavated by Emeritus Prof Atholl Anderson, of Ngai Tahu, formerly of the University of Otago.

The river mouth is not easily accessible — one side is on private land, the other below a steep, scrub-covered hillside — but can be glimpsed from the headland. The Shag Point Matakaea headland is a great spot for viewing fur seals and various seabirds, and is itself the site of an early kaik, a summer food gathering camp.

Search for large round boulders and well-preserved fossils embedded in the rock shelf along the shoreline.

Bring your boat to launch a fishing or diving expedition from a small natural harbour that was once a waka landing place and later a locally-mined coal dispatch point.

Papatowai's population swells from about 30 people to more than 150 during holiday periods. PHOTO: STEPHEN JAQUIERY
PAPATOWAI, CATLINS EXTINCTION OF MOA, CIRCA 1450

It is like stepping back in time, walking through stands of ponga and totara along the Tahakopa River bank, where plump kereru sit unafraid in low branches and the only sounds are birdsong, wind rattling treetops and the distant crash of breakers at the river mouth. A 20-minute walk along the mostly-flat Old Coach Rd track empties on to a wild, beautiful, Catlins beach where some of the last moa became extinct about 570 years ago.

New Zealand’s large flightless birds did not survive the first 150 years of human settlement. Archaeology suggests moa hunting sites disappeared, along with the moa, by about 1450AD.

Across the river from the settlement of Papatowai and just inside the river mouth, 20th-century Otago Museum educator Leslie Lockerbie (among others) excavated a large moa hunting site. Layers of shells are still clearly visible in the sandy banks below the totara. The conclusion from cumulative research is that the extinction of the moa brought to an end big coastal villages and resulted in a significant decline in the human population in Otago.

Walk the Old Coach Rd to the Tahakopa River mouth.

Look out for archaic shell middens and steer clear of sealions.

South of Papatowai, take a 20 minute walk to the picturesque McLean Falls. 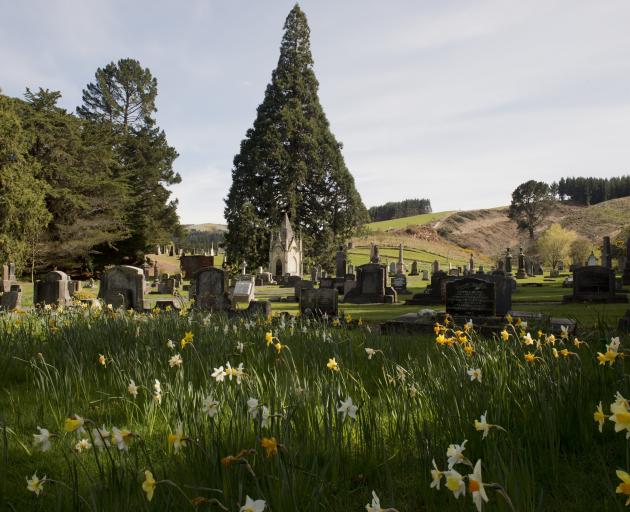 Beyond the Taieri River on the northern edge of the Taieri Plain is the cosy country township of Outram, gateway to the hill climb that gives direct access to Dunedin’s geomorphically dramatic hinterland.

Europeans had been visiting Otago in small numbers since the late 1700s, but it was the arrival of the Free Church of Scotland-backed Otago Settlement vessels John Wickliffe and Philip Laing, in March and April, 1848, that kicked off the colonial era of Otago’s history.

A kilometre out of Outram, on a bend in the highway where the ascent begins, the West Taieri cemetery contains the gravestone of a woman whose vision and actions link the Otago settlers’ founding vision with ongoing efforts for a fairer society.

The Otago Settlement leaders, leaving behind Old-World inequities, wanted to found a ‘‘Godly society’’ where people looked after each other, University of Otago historian Assoc Prof John Stenhouse says. Although never realised, the vision has continued to bubble up through the soil of the province’s soul.

In the late-1800s, that impulse was given expression by Catherine Fulton, nee Valpy. The Valpys had had a lot to do with one of Dunedin’s founding fathers, Thomas Burns, and his family. As an adult, Fulton became New Zealand president of the Women’s Christian Temperance Union. That organisation was at the forefront of calls for women to be given the vote, in large part as a means to tackle the domestic abuse and neglect caused by alcohol. They won that right in 1893. Others in the province, on other issues, continue to take up that vision of justice and equality.

Explore the West Taieri Cemetery, which has headstones dating back to within 20 years of the founding of Otago.

Enjoy a picnic, a walk and a swim at the Outram Glen Scenic Reserve, on the edge of the Taieri River.

For a donation, visit the Taieri Historical Society Museum’s courthouse, jail, school, mill and church buildings as well as vintage machinery, on Sunday afternoons, from October to May. 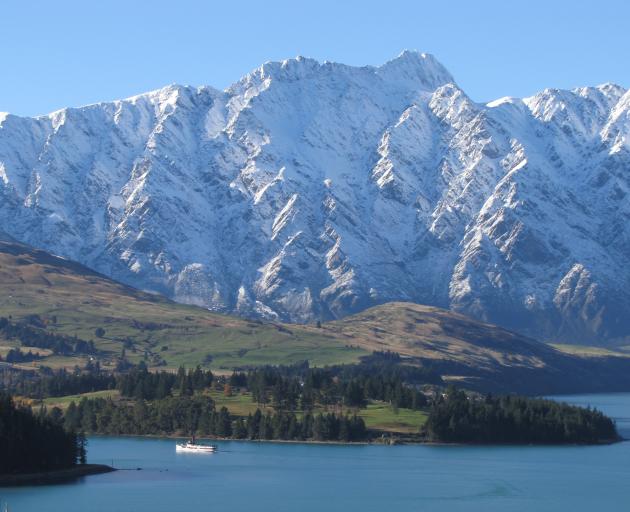 The vintage steamship TSS Earnslaw steams past the Queenstown Golf Club at Kelvin Heights.
KELVIN HEIGHTS, QUEENSTOWN ARRIVAL OF TRIBES FROM THE NORTH, CIRCA 1600-1700

Standing on the foreshore of Lake Wakatipu, at the tip of the Kelvin Heights peninsula, it is impossible not to be awed by the grandeur of the cloud-piercing mountains surrounding the deep mysterious lake.

People have always been drawn here, and so the foreshore of this lake has witnessed several human upheavals. A significant period of change was 400 to 500 years ago, when the Waitaha residents’ lives were disrupted by the arrival of Kati Mamoe and then Kai Tahu peoples from Te Ika a Maui, the North Island.

A story, dating from this time and written down by the late Tahu Potiki, tells of an epic feat by Hakitekura, the daughter of Kati Mamoe chief Tuwiriroa. Having seen the men of the area try, but fail, to swim across the lake, she secretly swam from her village Tahuna (the site of present day Queenstown) directly across the chilly waters to the base of Cecil Peak. There, she lit a fire to announce her arrival. In honour of her, the spot she swam to, now called Refuge Point, was named Te Ahi te Hakitekura (The fire of Hakitekura) and the Kelvin Heights peninsula she swam past was called Te Nuku o Hakitekura (The place of Hakitekura).

Fifty meters up the right-hand side of the Gabriel’s Gully loop track, a few steps from a low-slung cave that once served as a magazine for explosives, the view laid out below resembles the moonscape sandpit of some monstrous, subterranean mole, long-slumbering but threatening to breach the surface at any moment.

The truth, however, is almost as unbelievable. One hundred and sixty years ago, this isolated valley was seething with urgent human industry that would transform Otago.

It was May, 1861, when Gabriel Read, prospecting in the Tuapeka District, discovered gold ‘‘shining like the stars in Orion on a dark frosty night’’. Thirty-three years later, Read would die in an asylum in Tasmania. But his discovery that May day triggered the Otago goldrush that had a profound effect on the province and the entire colony.

At its height, 22,000 people were living in the Otago goldfields. Dunedin became the nation’s leading city. There was even a failed attempt, led by Dunedin, at South Island independence. The goldrush also brought more than 5000 Chinese miners who formed the country’s third largest ethnic group. The hard work and entrepreneurship of many Chinese migrants, despite legislated racism, contributed much to the development of this young country.

Visit the Lawrence Chinese Camp where up to 100 Chinese miners lived on the western edge of town after being forbidden to live in the town proper.

Bring your bikes and cycle the Clutha Gold Trail.