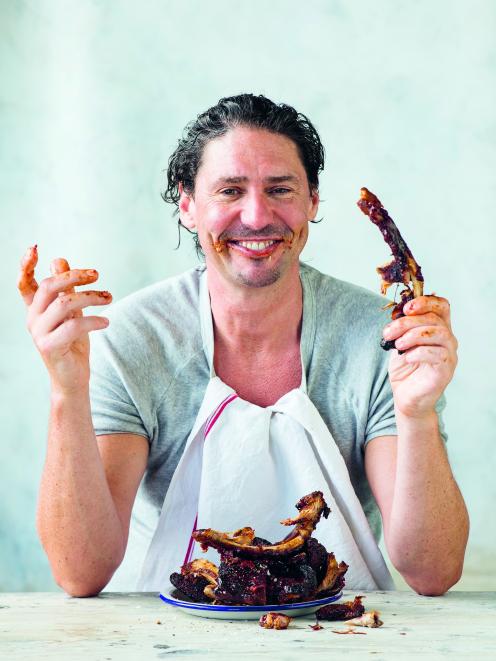 Australian television personality (My Kitchen Rules) and chef Colin Fassnidge believes in mastering the basics, embracing cheaper cuts of meat, minimising waste and having a well-stocked pantry. Known for his nose-to-tail cooking, he is also a great advocate for turning leftovers into things of beauty.

I first created this recipe at 4Fourteen using lamb ribs, but I switched to pork ribs for family dinners as they were easier to get hold of. Whichever ribs you choose to use, it’s the shiny, sticky glaze that will keep you coming back for more. It’s out-of-this-world good. 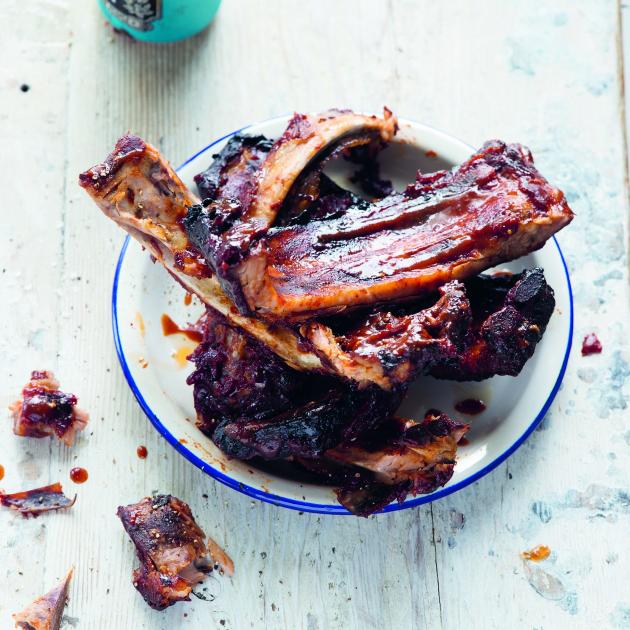 half. Season to taste with salt and pepper.

Cut the pork rib racks in half to help them fit in the dish, then

submerge the ribs in the sauce.

and carefully lay it over the ribs (this is called a cartouche). Seal the

dish with a layer of foil, then pop the lid on to tightly seal. Transfer to

the oven and cook for 1¼ hours, then remove the lid, foil and baking 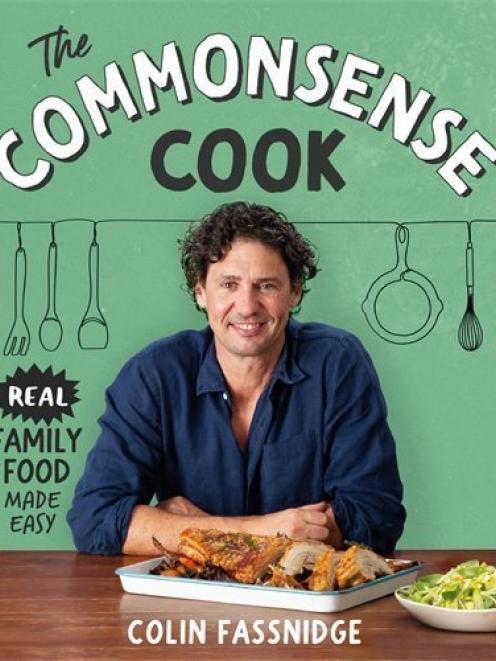 meat is falling off the bone. Remove, and allow the pork ribs to cool in

the cooking liquid, uncovered, for 1 hour.

Meanwhile, ladle one-third of the cooking liquid into a saucepan and

by half to a thick and glossy glaze.

Place the ribs in a large roasting tin, making sure they are not

overlapping. Spoon over half the reduced glaze, then transfer to the

oven and cook for 10 minutes or until the ribs are lovely and sticky.

the top, then cook for a further 10 minutes.

This sticky glaze is great for a Christmas ham!