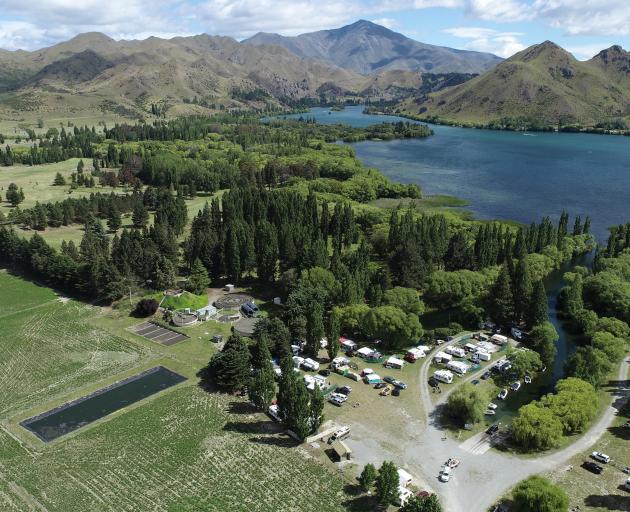 The Boat Harbour camping ground is a busy campsite next to Lake Benmore in Otematata. PHOTO: STEPHEN JAQUIERY
Most people leave the gardening at home when they go camping.

Not Eddie McMurtrie. The Oamaru man has brought it right to his doorstep, growing cauliflowers, silverbeet, lettuces and spring onions in front of his caravan at Boat Harbour, Otematata.

That is not to mention his prized tomatoes — the avid gardener’s face lights up talking about them — growing next to his caravan.

"It’s more for a laugh. The lettuces have been good, the silverbeet a wee bit slow, but I’ve just got to get used to the soil," he said.

Mr McMurtrie, his wife Dayle and cat Missy, had permanently lived at Boat Harbour since retiring last September but still visited their home in Oamaru regularly.

They were loving the change of lifestyle. Boat Harbour was remote and quiet, and their neighbours, Janet and Kevin Maguire, of Pegasus, had started a "potato in a bag" competition with the fellow campers. 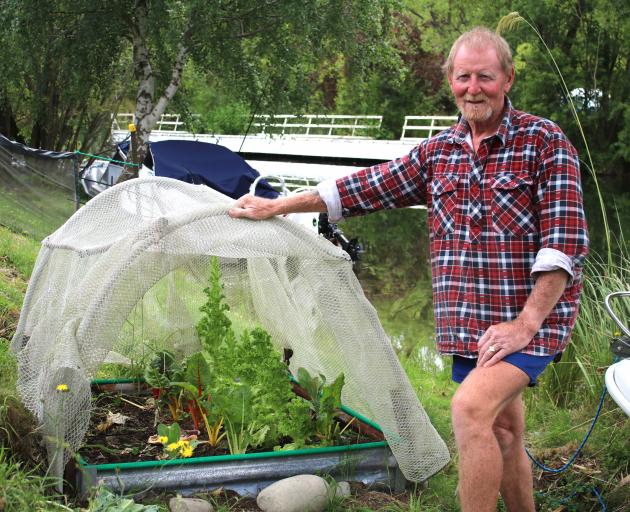 Eddie McMurtrie is growing cauliflowers, silverbeet, lettuces and spring onions in his vege patch at Boat Harbour in Otematata. PHOTO: KAYLA HODGE
"We’re going to open them in February to see who’s got the biggest. It’s just something to do."

The regular campers also had "4pm meetings" at the campsite each day.

The couple had started going to Boat Harbour 27 years ago, and "never thought about going anywhere else", Mrs McMurtrie said.

"It’s just nice. You can leave your boat in here. There’s always someone here ... to keep an eye on things.

"It’s close to the shop, it’s central — you can go to Cromwell for the day ... Oamaru’s just a nice distance."

Through the years they watched camping ground numbers grow, but that had been cut back this year due to part of it being closed.

Waitaki district camping supervisor Simon Fox said the decision was made to close a section after last summer’s flooding, as it had become dangerous for some campers.

While it was a pretty quiet camping ground, the people who were visiting loved it.