Holidays at lakeside attraction for locals and visitors alike 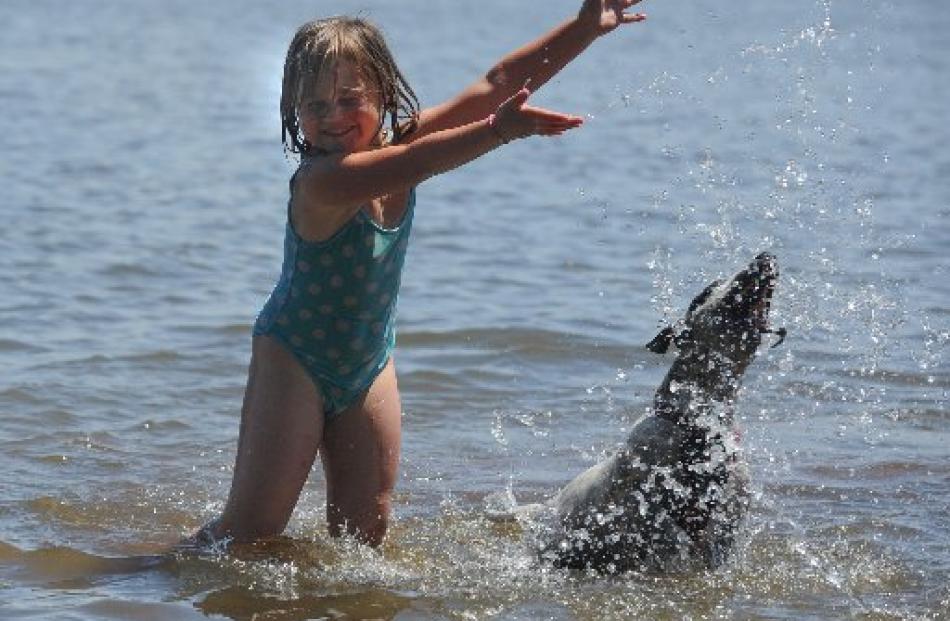 Taking a dip in Lake Waihola are Shakira MacDonald (5) and Game, of Christchurch. Photos by Craig Baxter. 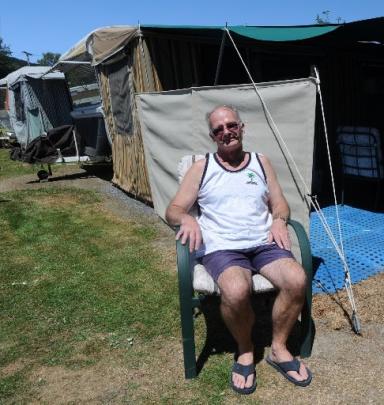 Roy Daniels, of Christchurch, has been coming to Waihola for his holidays for 12 years. 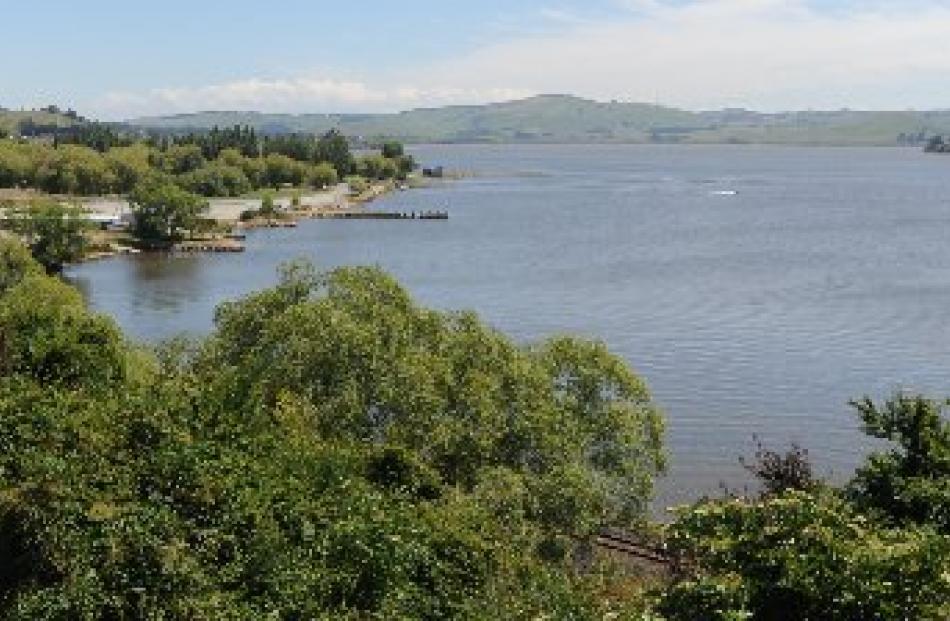 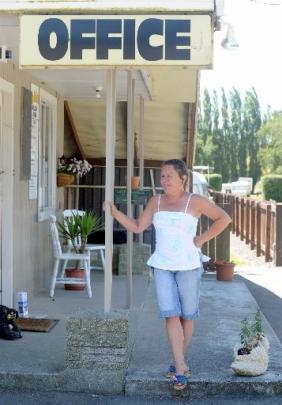 Waihola Camping Ground manager Mary-Jo Nardone would not be anywhere else these holidays.

Not wanting to face long drives in hot cars with cramped family members, many people opt for a holiday closer to home. With its lush willows, enticing lake and plenty of services, Waihola could be a holidaymaker's dream. Ellie Constantine enjoyed a bit of lakeside sunshine close to home.

For many, Lake Waihola may be a blur of water as they dash between Central Otago and Dunedin.

But on a hot summer day, its waters draw people off State Highway 1 like a magnet.

Nestled under trees on its banks is the Lake Waihola Holiday Park and the couple with the "closest campsite" to it are Roy and Margaret Daniels.

The former Dunedin couple moved to Christchurch about three years ago, but no amount of distance will keep them from holidaying at the lake.

"I've been looking forward to it for the last six months," she said.

They first brought their caravan to the camping ground 12 years ago and now it was "truly like a home away from home".

"We've been well set up here for a few years now."

When the Otago Daily Times visited, they were busy setting up for three weeks of relaxing by dusting off awnings and the small shed outside their van.

With a swag of grandchildren in tow, and Mrs Daniels' sister in the caravan next door, the Daniels family dominated their corner of paradise.

"We've often been the most camped people here. We love it here," Mrs Daniels said.

She used to bring their grandchildren down from Dunedin each weekend and they would enjoy canoeing and boating on the lake.

"The kids basically grew up with this as their back yard. It's excellent, because we've got the kayaks and we've got the closest campsite to the lake."

Beating the heat with a dip in the lake were Monique and Shakira (5) MacDonald.

They stopped in Waihola with their dog Game and it was the first time they had travelled so far south.

"I love it," Ms MacDonald said.

They were among several groups of people picnicking, stretching their legs and swimming at the lake last week and, with the weeping willows and farmland views, it was not hard to see the attraction.

"I was thinking about moving here. It's small, but it's nice," she said.

"Waihola is a nice wee community. The people are friendly and I like the remoteness of it," she said.

She first moved to the town when she worked at Dunedin International Airport and was looking for an affordable place to rent.

Since February, she has run the camping ground and took pride in keeping the compact, yet popular, spot in top condition.

"This is the best job in the world. It's not like working at all.

You do put hard graft into it, the camp was run down and I have just worked for the last 11 months trying to get it back up to speed, but it's very rewarding, because people comment on how it is looking, which is nice," Ms Nardone said.

She did not mind spending the festive season working as she knew it was "not that easy to get a holiday" while working in the tourism industry.

Besides, she took some time out on Christmas Day and enjoyed "looking after everybody" and doing "PR work" by visiting each campsite for a catch-up.

There was "nothing really consistent" about the people who stayed there, though the camping ground attracted a lot of people from nearby Mosgiel, Dunedin and Balclutha.

"It's quite amazing really. It's only a half-hour drive for most people, but that's the beauty of the lake."

The camp had nine "residents", several regulars who stored their caravans there, and the majority of sites were booked through the holidays.

"It's really nice when we've got a full camp. A lot of people just come to relax and a lot of regulars tend to come all together and then they have their social thing. That's their time away from home."

• Small village located on the banks of Lake Waihola.

• The name Waihola is the southern Maori form of the word waihora, which means "spreading waters".

• Lake Waihola was used in the Central Otago gold rush. Ships used to travel up the Taieri River and across to the southern side of the lake, where prospectors would traverse the hills and on to Gabriel's Gully.

• The tidal lake has perch and trout for fishing, a water ski area, a pontoon and two water slides.

• The lake is 9sq km and is the largest of a pair of lakes, the other being Lake Waipori, which lie in a small area of low hills between the Taieri and Tokomairiro Plains. Waihola is drained by the Waipori River, a tributary of the Taieri. Both lakes are very shallow and surrounded by wetlands, including the internationally renowned and protected Sinclair Wetlands.

• The village boasts restaurants, a fish and chip shop, dairy and post shop, a motel, garage and camping ground. 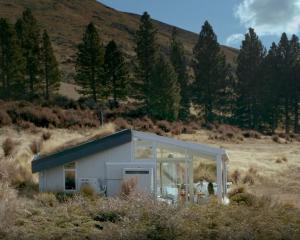 A Shangri-La oasis under shooting stars