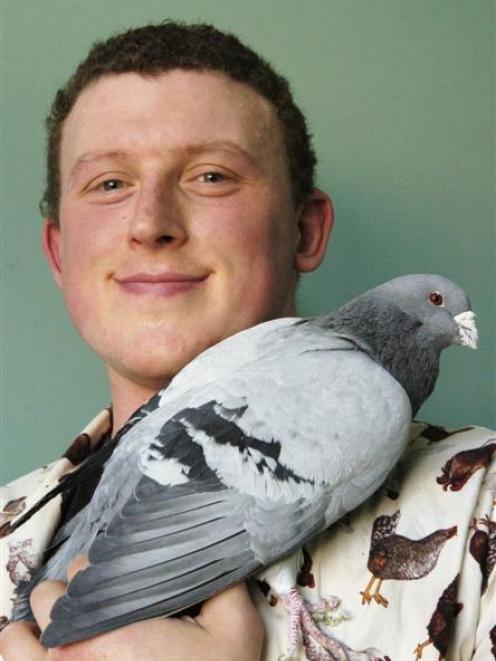 By learning more about how the birds' brains worked, it was also hoped to learn more about the mechanisms involved in human memory, Mr Scarf (25) said.

In turn, this could eventually contribute to improved approaches to rehabilitation for patients who had experienced brain damage arising from accidents or disease, he added.

Mr Scarf's Fulbright-Ministry of Research, Science and Travel Award, provided $US15,000, plus travel expenses and insurance, together amounting to about NZ$30,000.

Last week he attended a celebration at the Beehive, in Wellington, marking the 60th anniversary of Fulbright links with New Zealand.

"It's an amazing opportunity to go to the US and work with someone who's a leader in my field," Mr Scarf said.

"My supervisor, [Otago psychologist Associate Prof Mike Colombo] and the guy I'm going to work with, Prof Herbert Terrace, at Columbia University, New York, are the two leaders in the field, and it's the best thing that could happen," he said.

Mr Scarf completed a BSc in zoology at Otago in 2006, and is studying for an Otago doctorate in psychology, focusing on "serial order" behaviour in carrier pigeons.

The birds signal their recall of five-item sequences by lightly pecking a computer touch screen.

His experiments aimed to show how the pigeons cognitively represented list information, in the absence of language.

Mr Scarf leaves Dunedin in November to spend seven months working with Prof Terrace in his New York laboratory, before returning to complete his doctorate at Otago.

Fulbright awards aim to advance mutual understanding by promoting academic links between scholars in the United States and many overseas countries.