Otago student's surgery breach 'should not be career-ending' 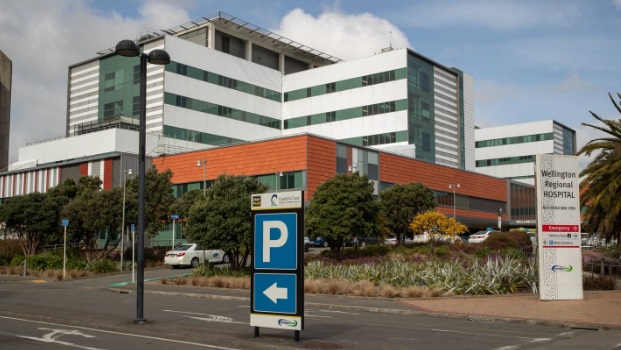 The man made his way into the surgery at Wellington Regional Hospital. Photo: NZ Herald
An Otago University medical student who helped her builder's apprentice flatmate watch heart surgery at Wellington Hospital will complete her studies, after an investigation blamed the breach on a "series of misunderstandings".

The final-year student had been on placement at the hospital and gave scrubs and a swipe-card to her flatmate, who observed the entirety of a three hour-plus cardiac bypass surgery on August 25.

A doctor who granted her request for the man to be in theatre had wrongly assumed he was also a medical student. As the three hour-plus surgery ended, the man - stood at the head of the operating table - was asked about his studies, and replied, "I'm a builder's apprentice".

Last month Capital & Coast DHB released its own report into the incident, saying the fact no formal procedure was in place to check students' ID cards when they entered theatre left an "unacceptable gap", exploited by an "enormous betrayal of trust".

However, the University of Otago's own investigation has now concluded there was no betrayal, rather, "a series of genuine miscommunications and misunderstanding".

The student told investigators she wanted to encourage her friend's dream of being a surgeon by arranging for him to view an operation, and meet surgical staff.

"The student raised the possibility of making arrangements of that kind with a senior member of University of Otago staff, believing the staff member understood the person was not yet a medical student," said Professor William Levack, dean and head of campus, University of Otago Wellington.

"The staff member confirms the discussion took place and that it would have left the student encouraged to proceed to seek approval from hospital staff. In hindsight, the staff member acknowledges a missed opportunity to discuss in more detail exactly what the student had in mind."

The investigation report noted the student "believes it would have been clear to [the senior staff member]" that she was talking about a non-medical student as she "recalls discussing the observer's hope to gain entry to medical school in due course via HSFY [health sciences first year], and also because, had the observer already been a medical student, it would not have been necessary for [redacted] to have been involved in making arrangements on his behalf".

She was in the final year of a six-year degree, and completed a six-week placement at Wellington Regional Hospital's intensive care unit.

Trainee interns often observe cardiac elective surgeries, with patient permission, and the student in question did so in June. In August, she messaged a cardiothoracic registrar who helped organise that, asking, "I have an aspiring cardiothoracic surgeon called [name redacted] who would be very keen to see a case. Let me know if that would be possible."

She used an IT system to look up a surgery, and followed up with the registrar, "just regarding my friend coming to see some cases we were wondering if Tuesday works".

"Tuesday would work well," the doctor replied. "I'll be around so they can call me around 7.30-8am and we can work something out."

That morning, August 25, the builder's apprentice texted the registrar, and was told to meet at the theatre. He entered the hospital through a connecting door to the Otago School of Medicine, dressed in scrubs, overshoes and a hat, and used the medical student's swipe card to get into the theatre area.

The university's investigation found the student breached process by accessing the IT system and handing over her swipe-card.

"While the breaches should not have occurred, they take on a less serious complexion when the student's honest belief in the appropriateness of the observer's attendance at the procedure are understood, and that they should not be career-ending for the student," Levack said.

The student "has displayed genuine remorse", and apologised to the patient involved, the DHB and university. She has self-referred to the Medical Council, and the situation would likely be considered when her registration application is processed.

Because of being stood-down during investigations, she wouldn't graduate with her peers, nor be eligible to be awarded her degree with distinction, which she was on track to achieve.

"In light of these consequences, and the salutary nature of the fitness to practise process, no additional punitive action was considered necessary," Levack said.