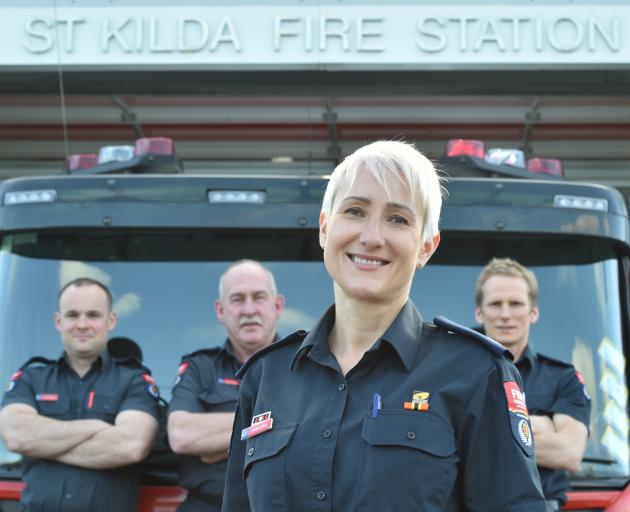 "Our strength is in our diversity."

Ms Olah, of Dunedin, is one of only eight women to be appointed career station officers in New Zealand.

She was appointed station officer at St Kilda Fire Station mid-year, which she said was a "massive" milestone in her career and one she had aspired to for years.

"It is a huge honour and a privilege."

Ms Olah switched from a job at the Environmental Protection Agency, in a hazardous substances advisory role, for the fire service about 15 years ago.

But her initial interest in the service began during the Black Christmas bushfires in Australia, in 2001, while she was living in Melbourne.

"I just thought it was a great opportunity to help people and to have a job that really made a difference."

Helping people was what continued to be the best part of the job, she said.

"I have enjoyed it from the start and I enjoy it now as much as ever ... It is the best job in the world."

When she became a firefighter in Dunedin there were only three female career operational firefighters.

That number had since grown to about nine.

Her advice to other women wanting to start a career with the fire service was to "just go for it".

Area manager Laurence Voight said that during the eight years in his position, Ms Olah was the second female career firefighter to be appointed station officer in eastern Otago.

It reflected her hard work and character, and represented positive steps towards Fire and Emergency New Zealand becoming an organisation where diversity was evenly present at all levels, he said.

Across New Zealand, 5% of paid firefighters are women, and women make up 18% of volunteers.