By Wyatt Ryder
1 Comment
Santa Claus has had to say ho-ho-no to parading his sleigh in the streets of Dunedin this year as the city’s Santa Parade was cancelled.

The parade was scheduled to take place on December 5.

Santa Parade Trust chairwoman Michelle Ellwood said the board was ‘‘gutted to have to come to this decision’’. 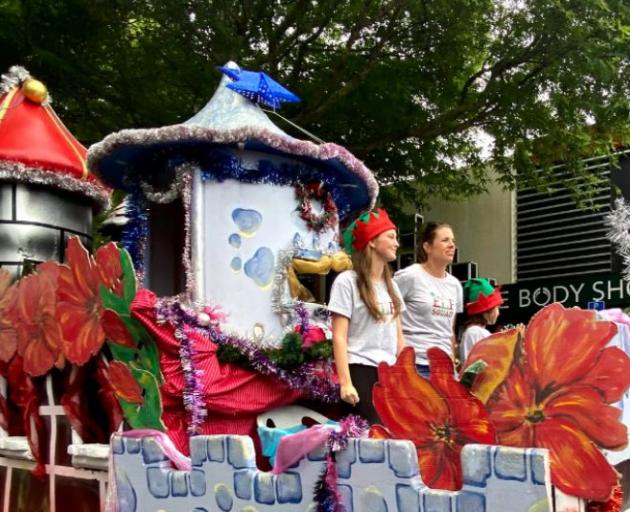 More than 40 community groups had signed up for this year’s parade.

The city would need to be under Alert Level 1 to run the parade and under the new traffic light system the parade would have to check vaccine certificates for all volunteers and spectators or be limited to 100 people, which made the event impossible.

Silverpeaks Country Music Club president Margaret Webster said the announcement was disappointing. The club had participated in previous parades and was looking forward to showing off its work again.

It took months to put together a float and organise volunteers and musicians.

People needed some joy right now and the parade could have provided that, she said.

The future of other parades in the region was uncertain.

Clutha Country Christmas Parade co-ordinator Jean Proctor said the parade was still going ahead at the moment, but a final decision would have to be made soon.

People needed something to look forward to and the committee was determined to make the event happen in some fashion.

Options for alternatives or a more controlled parade were being considered, she said.

It would be difficult to run an outdoor event where numbers, social distancing or vaccination checks could not be controlled, at this stage.

‘‘Whatever the outcome, we will be ensuring we get Santa Claus to Gore somehow,’’ she said.

Te Anau Santa Parade committee member Shevaun Taberner said there were still plans to go ahead with the event but a final decision would be made soon.

Southland Santa Parade event manager Alice Pottinger said it did not hurt to keep planning the Invercargill parade, but there would need to be an evaluation closer to the time.

Oamaru Santa Parade co-ordinator Anton Roswell said the festival was still going ahead, at this stage.

A Santa spokesman said although Santa could not attend the parade he would still visit Dunedin on Christmas day.

Sorry kids, Santa's off but cheer up as those plucky sons of the soil at Groundswell are planning a 'Dinosaur Parade' instead.