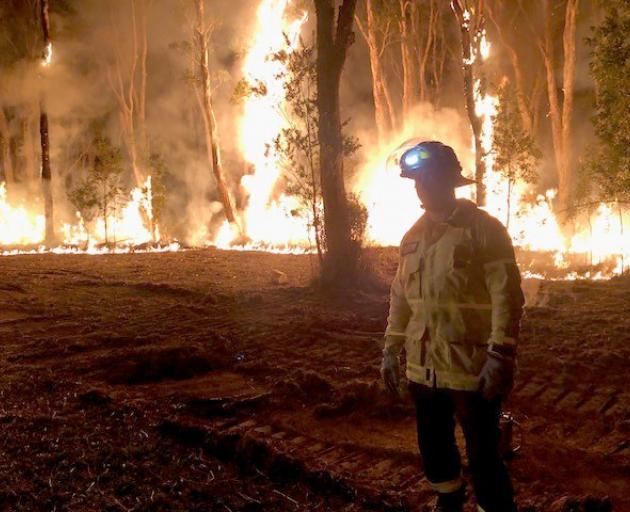 Dunedin Central Senior Firefighter Geoff Powell at the scene of a bushfire in New South Wales recently. Photos: supplied
A "humbled" firefighter has returned to Dunedin after weeks of helping to fight the New South Wales bushfires.

Dunedin Central Senior Firefighter Geoff Powell is one of 26 firefighters who returned from Australia on Thursday evening.

The group left on November 21 for what Mr Powell described as a trip to "help our family across the ditch".

Mr Powell — who has been with the fire service for 29 years — said he was initially apprehensive and was unsure of what to expect.

"It was difficult trying to pack a bag for every eventuality." 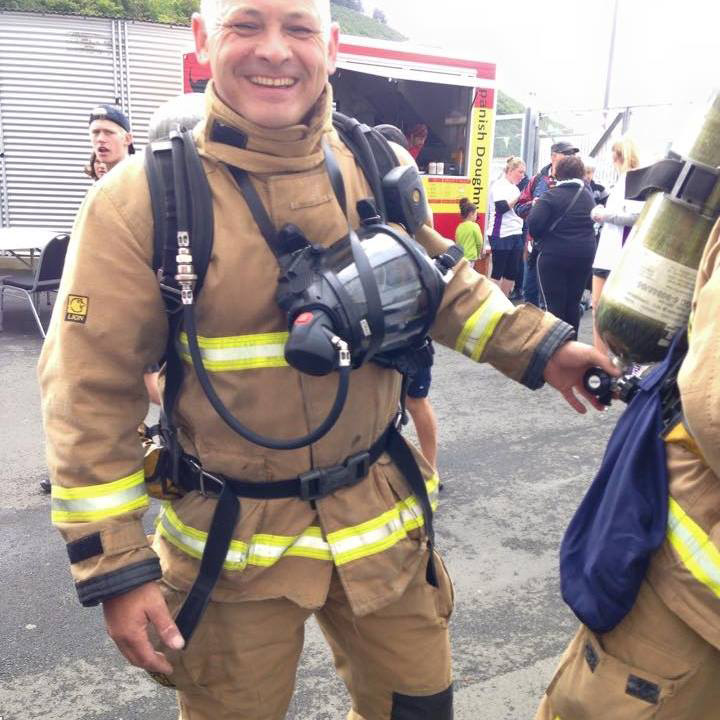 After spending more than two weeks in Australia helping to battle the New South Wales fires, Dunedin Central Senior Firefighter Geoff Powell is looking forward to catching up on sleep.
Upon arrival in the town of Ballina, New South Wales, where the group stayed, the 52-year-old said what he did in Australia was "unlike any firefighting I’ve done before".

"The magnitude of the fire fronts were unlike anything you’d ever see in New Zealand."

The group of firefighters often completed 16-hour night shifts, fighting fires from 6pm until the morning.

"Our day started at 6pm, but the luxury of that was it was cooler at night.

Due to water scarcity, "back burning" fires was a common task for the firefighters, setting controlled fires to eliminate the fuel in the path of a wildfire before it arrived.

"In New Zealand you would get more water, more people and more helicopters to fight a fire, over there that’s just not possible.

"Some of the crews were doing 10 to 15km of back burning a night — it was a big learning curve."

He said the fire trucks were utilised 24 hours a day.

"One night when we arrived to start a shift, the handles of one of the trucks had melted off — that gives an indication of how hot the gear was.’’

Mr Powell said he had wonderful support from locals in Australia.

"I don’t think I’m amazing, I think the people over there are the amazing ones.

"We saw a lot of destruction and sadness, but it was very humbling to be able to help.

"It really is something that will stay with me forever."

Mr Powell was one of five firefighters from Otago and Southland who travelled to Australia on November 21.