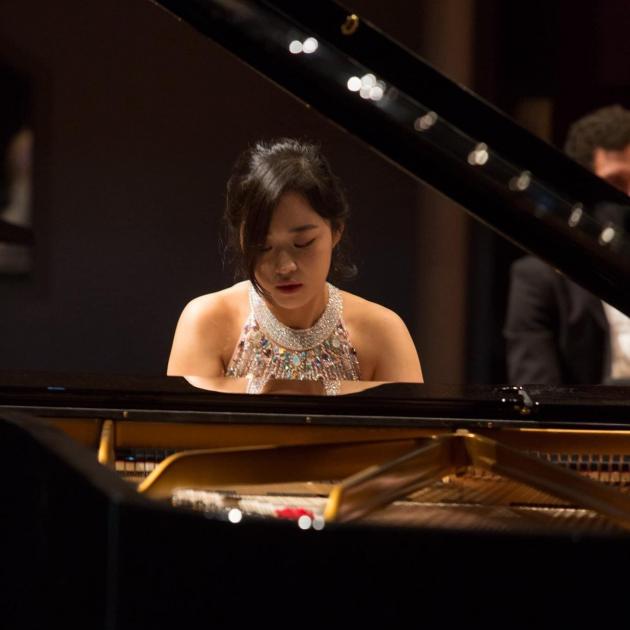 University of Otago music graduate Sara Lee has won the professional pianist category of the 2021 Prokofiev International Music Competition in Russia. PHOTO: SUPPLIED
Within hours of winning an international piano competition, Korean pianist Sara Lee was rehearsing for her next one.

She was among many 18-32 year-olds competing from around the world.

"When I heard I won the competition, I couldn’t believe that I had won among all those musicians, especially in Russia.

"I was so happy and excited."

But before her elation had subsided, she was hard at work again, preparing for her next international competition and teaching students.

"I had a few plans, but like everyone else, they were disrupted by this pandemic.

It is not the first international music competition Ms Lee has won.

She previously studied at the Moscow Tchaikovsky Conservatory, during which time she won several international competitions.

When her parents decided to relocate to New Zealand, she spent her first year at Auckland University.

But after seeing University of Otago piano lecturer Prof Terence Dennis perform, she was inspired to move to Dunedin to study under him.

Ms Lee is scheduled to perform in the Dunedin Town Hall with the Dunedin Symphony Orchestra on November 26.