The crowd at the Ed Sheeran at Forsyth Barr Stadium. Photo: Craig Baxter
Dunedin's Forsyth Barr Stadium was officially opened, blessed and made ready for business this day in 2011, just two years after piles for the building were driven into the ground beside the Otago Harbour.

Prime Minister John Key did the honours at a stadium he said would become known as “the house of pain and pleasure”: pain for visiting football teams and pleasure for its users.

Well, we can’t speak for all the users, but the stadium has proved its worth in the pure gamut of events and uses in the decade since. Here are ten of the best, according to us.

The stadium was finished just in time for the biggest event in New Zealand sporting history — and what a party ensued. Forsyth Barr Stadium hosted four memorable tests. We did not get to see the All Blacks (boo) but we did get England (three times!), Georgia (gutsy!), Romania (they tried hard!) and, in an atmosphere that may never be beaten, a wonderful test between  Ireland and Italy. The stadium seemed to have a million Irish fans inside it that night. 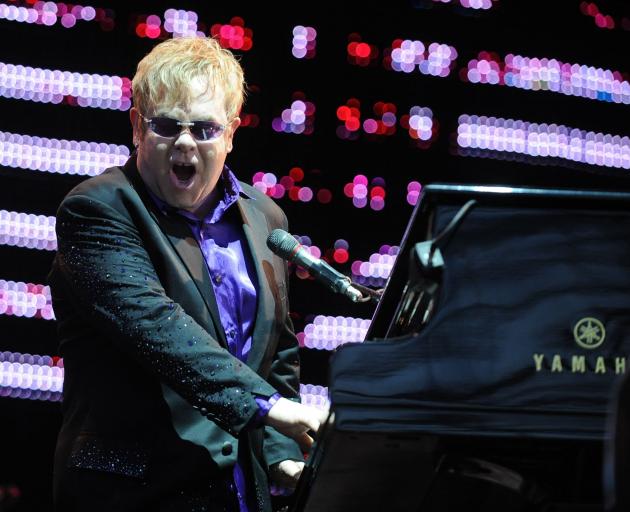 Oh, what a knight. Sir Elton John rocked and rolled the stadium on December 3, 2011, in a spectacular debut international music concert at the venue. The 35,500 crowd was the largest seen in Otago for a concert until then, and a harbinger of what was to follow. The crowd went wild and Sir Elton’s yellow brick road paved the way for so many more massive concerts . . . who can forget Neil Diamond, Aerosmith, Kendrick Lemar, Black Sabbath, Rod Stewart, Robbie Williams, Pink and all those others.

Highlanders fans party in the Zoo in Forsyth Barr Stadium in 2012. The Zoo has become an annual favourite among Dunedin's student population. Photo by ODT.

Some would say it gets too much publicity, but there’s no ignoring the Zoo, the beating heart of Forsyth Barr Stadium.
At the west end of the stadium and reserved, more or less, for student-types and the braver among all the other humans, it is a great spot for people maybe less interested in the rugby and more interested in having a party. Also, the costumes and antics are great for people-watching and significantly contribute to the atmosphere of Highlanders home games. A go-to for media cameras, there’s always something entertaining happening in the Zoo. 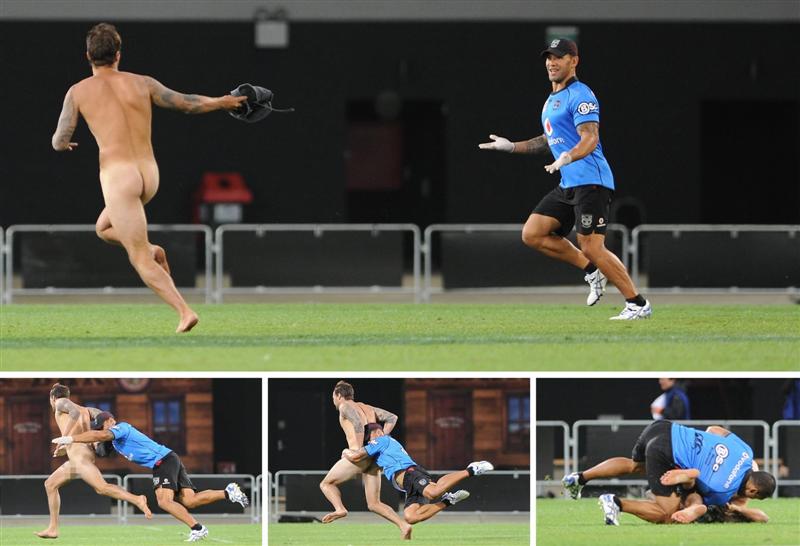 A streaker is tackled by former Kiwis player Ruben Wiki during a Warriors-Broncos preseason match at Forsyth Barr Stadium in 2013. Photos: Craig Baxter

Not many will remember anything about the pre-season game between the New Zealand Warriors and Brisbane Broncos way back in February 2013. But the highjinks of a speedy streaker will go down in history. In perhaps the most memorable tackle at the stadium, Warriors player-turned-water boy Ruben Wiki sprinted across field to tackle the halftime interloper. The tackle prompted a roar from the crowd and a finger-waving celebration from Wiki after security guards arrived to take over, but the streaker then managed to wriggle free and continue his dash until caught while trying to scale a fence. The spectacle was not the only bare-cheeked antic to entertain crowds under the roof but definitely the most memorable. 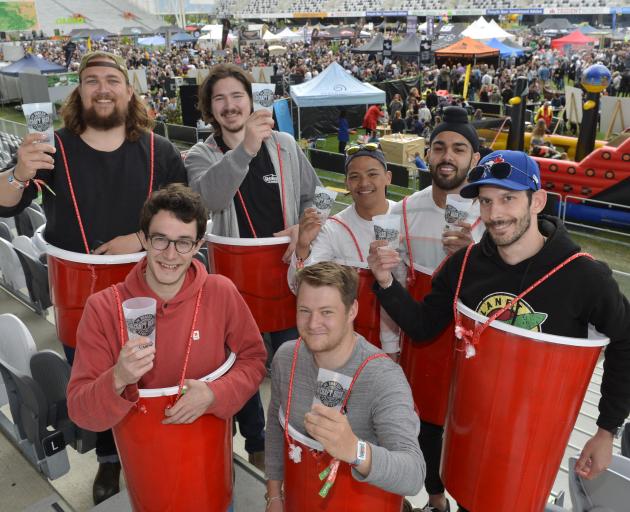 It was odd there had been no regular beer festival in Dunedin before. And ever since the first Dunedin Craft Beer and Food Festival in 2013, punters have lapped up the chance to sample quality beers under the roof without having to worry too much about the city's fickle spring weather spoiling the brew. It started in just a small area at the end of the stadium and now covers the whole pitch. An excuse for boomers and Gen Xers to imbibe under the guise of being beer connoisseurs, the event was always going to be a success. Along with beer and food, it has also brought some of New Zealand's greatest bands to Dunedin, such as Zed.

The first Fleetwood Mac concert may have been the concert that made promoters realise the sellout potential of the stadium. Tickets to the Wednesday night concert were gone in an hour, making it the quickest sellout for an event at the stadium. On November 18, 2015, the band trotted out to roars from the about 35,000 happy hollerin’ fans. Following the success earlier in the year of concerts by Neil Diamond (13,073 fans, $3.5 million economic boost) and Rod Stewart (22,052 fans, $7.2 million economic contribution), Fleetwood Mac, which injected $8.9 million into city coffers, took the stadium from a venue promoters had viewed as high-risk to bring international acts to, to one they had front of mind for regular major concerts.

The beautiful game came to Dunedin and it was . . . well, it was beautiful. Otago Stadium (so renamed because Fifa insists on stadiums dropping commercial names) welcomed insanely talented young men from Portugal, Colombia, Mexico, Mali, Uruguay, Serbia and Russia for seven games, including one knockout clash. It was great — but the Women’s World Cup in 2023 will be MASSIVE. 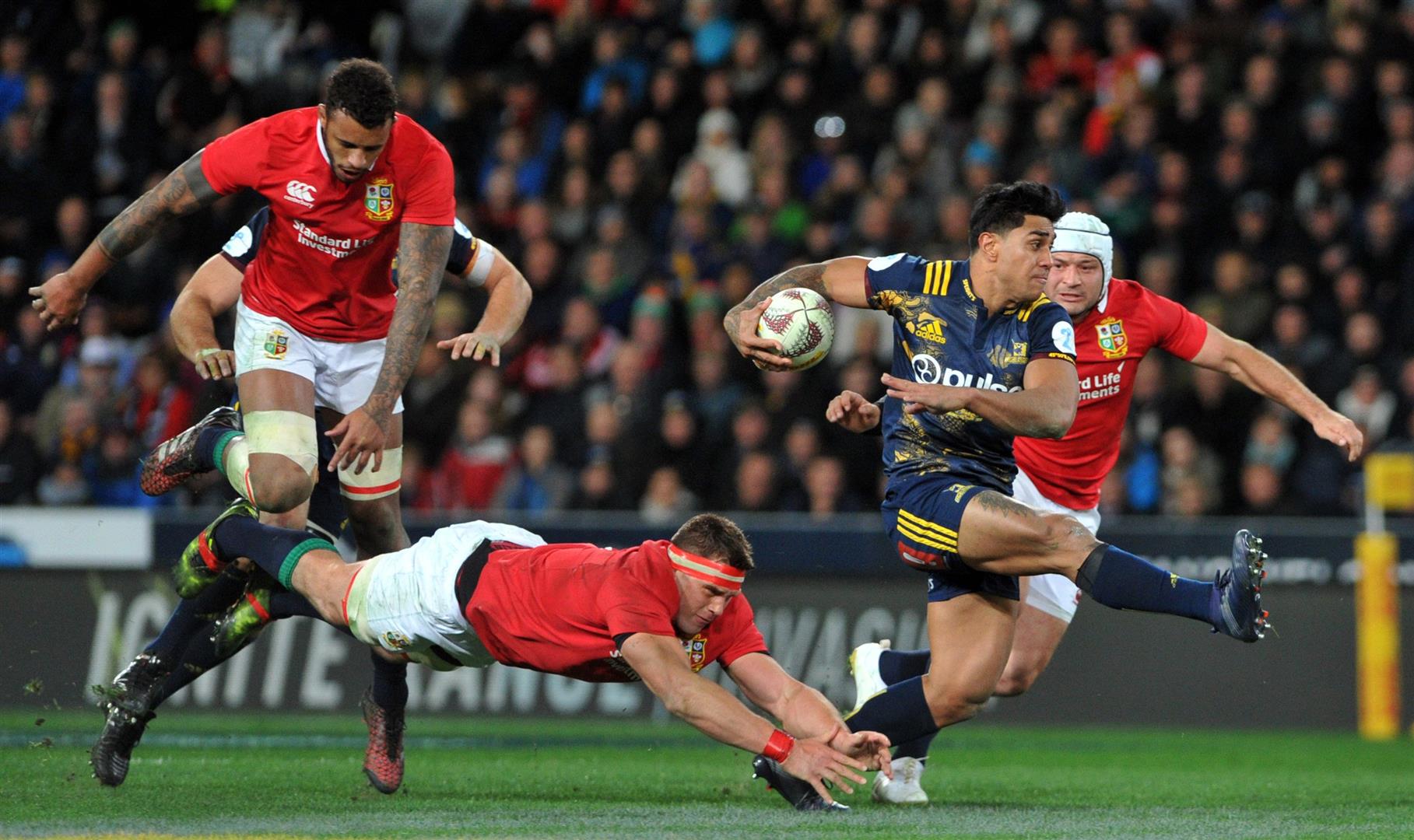 There is nothing in rugby — nay, sport — quite like the Lions, the best of Britain and Ireland. A Lions tour is rare (every four years for them, every 12 for us), brings with it lots of rowdy fans and generally includes some controversy. Dunedin did not get a test in 2017 but history was made when the Lions, for the first time, played the franchises, not the provinces. And what did the Highlanders do? Only went and beat the Lions 23-22. Roar.

When Ed Sheeran played three packed concerts at the stadium in March 2018, he was the biggest act in the world. There had been some grumbling ahead of the gigs that the stadium was only attracting the big acts of yesteryear and little for the younger folk. Bringing Ed to the stadium and then Pink later in the year put any grumbling to rest. And for a week or so, Dunedin went mad for the red-headed singer-songwriter. There was a mural painted and oh so many ridiculous puns, with Ed-citement, DunEdin and Ed alert among them.

The terror attack on March 15, 2019, was one of New Zealand's darkest days. And six days later, when a vigil was held at the stadium, Dunedin was still reeling from the attack which left 51 dead and had links to the city. A Muslim prayer echoed across a stadium packed with about 18,000 people, cementing it as a gathering place for the community in times of collective need. It was a chance to express solidarity and love for the city's Muslim community, which had members caught up in the attack. New Zealand came together to quash the terrorist's message of hate and share our collective grief and the vigil at the stadium was part of that.

Huge success! Well done those who pushed this through and Terry Davis for doing the hard yards behind and promo to goin such high flying acts.
A ' DISLIKE' to the 'nay' sayers who attempted to stop this espically the Vnadervis cheerleader's!