100th birthday cause for double celebration 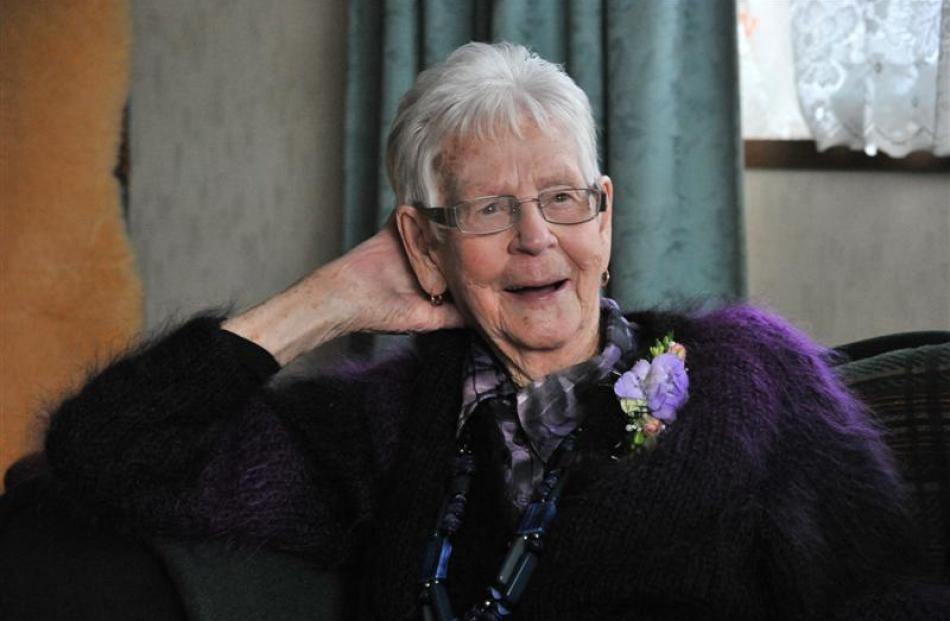 Win Fitzgerald celebrates her 100th birthday at her Mosgiel home last week. The centenarian, who marked the milestone with friends and family, had another reason to celebrate after learning she would be receiving a papal medal for services to the...

Mosgiel woman Win Fitzgerald had more than her 100th birthday to celebrate yesterday.

The centenarian, who marked the milestone with friends and family in Mosgiel, was also celebrating news she would be receiving a papal medal for services to the Roman Catholic Church.

Mrs Fitzgerald served on the St Mary's Church Council in Mosgiel and the Catholic Women's League for many years.

She had also set up a prayer group in the area which was still running 20 years later, and was a cleaner for both St Mary's Church and the subsequent Holy Cross College Chapel.

Despite turning 100, Mrs Fitzgerald is still the catering convener for Catholic funerals held at the church.

She went to church every morning and yesterday was no exception.

She attributed her longevity to this dedication.

She attended Tahakopa Primary School in the Catlins and St Philomena's boarding school in Dunedin.

She and late husband Edward had 10 children.

Much of her time was spent at home.

However, she did find time to keep fit by walking.

''[My daughter] Nola always said I was the leader of the pack, and now I'm the last one in it.''

These days, Mrs Fitzgerald is a little slower than she used to be, but that does not stop her keeping active.

''I ... cook my own meals. I still walk to the post office and back and I like to potter in the garden.

Many of them were expected to be among the more than 50 people who would attend a formal celebration for Mrs Fitzgerald on Saturday, at Hotel Taieri.

They would be coming from as far away as Australia and the United States, youngest son Steve said.