By Wyatt Ryder
0 Comments
There may be no more efficient way to learn the fundamentals of driving than by zipping around a paddock in a car from 1914.

That is how the Read family have approached driving lessons throughout the last four generations with their Delage Voiturette.

The vehicle was one of about 40 veteran cars, automobiles built before 1919, which paraded through Dunedin’s Octagon on their way out to Brighton on Saturday.

Chris Read (74) said he inherited the car from his father in his 20s and recently passed it down to his son, Mark.

In time his son would hand it down to his daughter Seren (7), a budding veteran car enthusiast.

Before the rally Seren bought a brand new pair of white gloves to match her fur stole for the ride.

The entire family had learnt how to drive in the car and Seren had almost got the hang of steering the veteran vehicle.

The brakes were made entirely of steel and were not good at making quick stops, which taught the children how to pay attention and make sure they were being careful, Mr Read said. 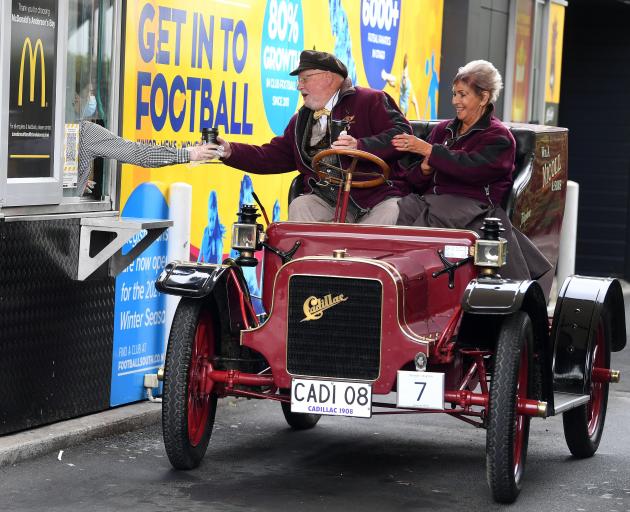 Picking up some takeaway coffee from the drive-through of McDonald's in Andersons Bay are Wayne and Sharyn Nicoll, of Invercargill, in their 1908 Cadillac Model S before the Dunedin to Brighton rally on Saturday. PHOTOS: STEPHEN JAQUIERY
The 10-horsepower engine could not go much faster than 30kmh, so there was not much risk of them going too fast.

The paint had a few chips and some of the decals had rubbed off, but the body was the same as when it was built.

It was a reliable car and hardly ever broke down, he said.

Seren said she loved to sit on her grandfather’s lap as they rode.

She was a big fan of the bright yellow paint, but her favourite aspect was the design of the body.

It was the same car that Mr Read rode in during the first Dunedin to Brighton rally.

He led the rally alongside Colin Winter, who rode in a 1900 Wolseley Voiturette named "Grandma".

Mr Winter, who led the rally on Saturday, said there was no shop you could pop down to to pick up spare parts. 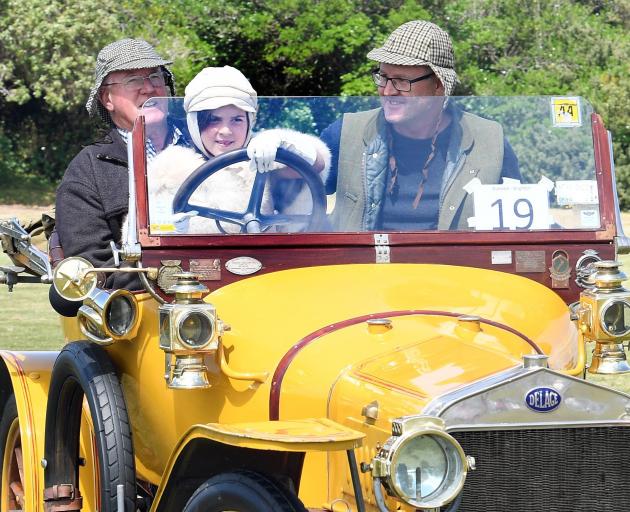 Taking the family 1914 Delage Voiturette out for a spin are Chris (74), Seren (7) and Mark (46) Read in Brighton yesterday after the Dunedin-Brighton Veteran Vehicle Run.
Any piece of machinery that broke had to be made from scratch, which he did with the help of his son, who was a tool maker.

"Grandma" boasted a one-cylinder engine with 5 horsepower, which included a wooden sparkplug compartment.

It was a reliable ride and he would often drive from Dunedin to Careys Bay with his wife.

Out in Brighton, Carol Fibbes had assembled a crew of women to help feed the hungry drivers when they arrived.

In keeping with the classy theme of the day, all the women were required to wear a dress, bring a plate of food and a bottle of bubbles, she said.

She had been hosting the feeding station for about 20 years and loved showing her support for the drivers, she said.