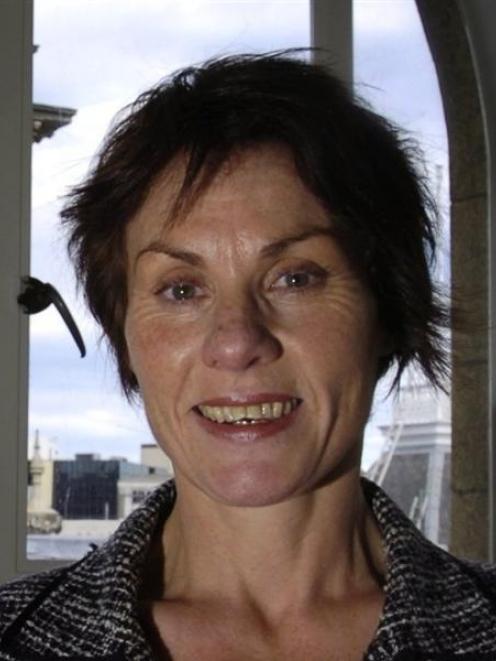 Debra Simes
Dunedin looks set for a $200,000 spruce-up, paid for by ratepayers, as part of preparations to play host to six Rugby World Cup teams and their visiting fans in 2011.

The money would pay for new signs to help guide northern hemisphere visitors around the city, beautification work and other projects needed before the tournament, council marketing and communications agency manager Debra Simes said yesterday.

The fund would also help pay for a series of civic receptions, parades and other events for players and fans in the city, as well as marketing initiatives to promote the city to international tourists, she said.

Planning was at an early stage, but council staff would be working closely with Tourism Dunedin, among other agencies, to plan the best ways to maximise the benefits for Dunedin from the tournament, she said.

Other regular community festivals and events around Otago and Southland might be moved to coincide with the matches in Dunedin and Invercargill, in an effort to encourage tourists to extend their stays and travel around the South, she said.

"Minimal if any" major infrastructural improvements were required, given Dunedin's good track record in hosting major rugby internationals, she said.

Confirmation of the fund follows the announcement earlier this month that three World Cup games will be played in Dunedin.

England and Scotland will each play teams yet to be confirmed, and Ireland will play Italy.

Another two matches will be played in Invercargill, involving Scotland, Argentina and two teams to be confirmed.

The Invercargill District Council has budgeted $108,000 for costs associated with preparing the city to host the teams, to be spread over three years and paid for by business ratepayers.

"Most of the cities in the broader region put together a fund to bid for games, and local authorities understood there would be a commitment to look after your city and district if you were successful," he said.

The funding was subject to local authorities' long-term council community plan (LTCCP) processes, and would not be confirmed until the council's budget hearings were held in June, he said.

If approved, the expenditure would be raised from general rates, with a differential applying based on a property's capital value, he said.

The money would help ensure "the city is able to host the visitors and put on an appropriate face", Mr Harland said.