Local Government New Zealand's chief executive Malcolm Alexander wants more debate on how to sustainably fund local councils.
LGNZ published our Local Government Funding Review discussion paper a month ago, as a bit of a conversation starter. A key purpose of the paper was to encourage New Zealanders to think about the wide range of services delivered by their councils, and in particular to think about the level of service they expect from council-provided infrastructure (especially roading and water infrastructure, the value of which runs to many billions of dollars). Having understood the breadth of what councils deliver for their communities, the country could then have a rational debate about how best to sustainably fund these services. Feedback has come from all corners and I look forward to, and encourage, more submissions before March 27 when the consultation period closes.

This approach builds on our earlier ''Royalties for Regions'' policy where (with the support of some in the mining community) we have argued local communities should benefit from mining activity carried out in their areas both to help those communities prepare for a future beyond mining and to help fund the infrastructure paid for by ratepayers that supports mining activity. Again, the argument is only for a small proportion of the royalties. Such a programme is common overseas.

The breadth and value of local government services provided to communities is extensive and often for less than the cost of a household's annual electricity bill. But the costs of providing these services are rising and the big mover is in roading and water infrastructure, where the large bulk of ratepayer money is spent. At the same time, New Zealand faces over the next 20 years or so real challenges arising from demographic change. Here the big challenge for funding is that many more people than now will be on fixed incomes, with a limited ability to absorb rates increases. LGNZ thinks this issue is worth a national conversation, in particular, how we as a country can think more innovatively about funding tools that might deliver better value than our reliance on property tax.

Innovation and efficiency also comprise a theme of our funding paper. Many commentators said that is what the local government sector should be focusing on and we agree. In fact the sector is doing just that. But our research shows it will probably not be enough. This is unsurprising, as silver bullets rarely exist in the real world. It is only through a grown-up conversation about choices, level of services, and how to optimise the mix of funding tools to ensure New Zealand's communities can continue to prosper and grow, that real progress can be made.

LGNZ's funding paper is an initiative to start that debate. We hope you want to contribute, too. 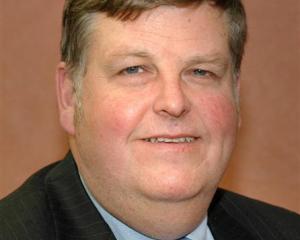