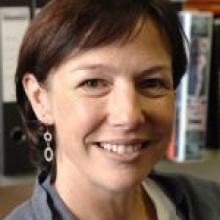 Janine Hayward
Concerns the build-up of candidates for October's election could split the vote of those challenging the status quo are unwarranted, University of Otago political studies lecturer Associate Prof Janine Hayward says.

The single transferable voting system (STV), which will be used for the third time this year, meant there should be no splitting of the vote.

That problem was only an issue under the previous first-past-the-post (FPP) system, and meant those opposing the incumbent could cancel each other out when votes were split between two or more people.

Under STV, candidates challenging the status quo could benefit from their rivals' votes and, while it was early in the election process, one mayoral candidate, at least, was already considering how to negotiate the process.

A representative review this year created a large urban ward for the central city, and at least 20 people had already indicated they plan to compete for the 11 seats available.

University of Otago political studies lecturer Prof Hayward said under STV, in which voters ranked candidates by preference, votes for a unsuccessful candidate were not necessarily wasted.

"You don't have the same problem splitting the vote under STV as you did under first-past-the-post."

Prof Hayward said it was something like learning the result of an election, and then having another chance to vote, because if a first preference lost, the vote could go to the second.

In the mayoral election, where there was only one position to fill, if no candidate won enough votes to fill a "quota" needed, preferences would then come into play.

She advised people to vote "honestly; because you can't cast a strategic vote under STV the way you can with other systems".

It was important to remember voters could rank as many, or as few, candidates as they wished.

"If you don't want someone, don't rank them."

Prof Hayward said it was possible for candidates to campaign strategically.

A candidate would always want to be first preference but, in other elections, people on the same ticket campaigned together, asking voters to rank them, for instance, in the top few spots.

"Voters want information about how to vote.

Cr Cull said he would consider the STV system when he campaigned, but had yet to fully consider the implications.

Mr Chin said he would do so "no more than last time" when there were multiple mayoral candidates.