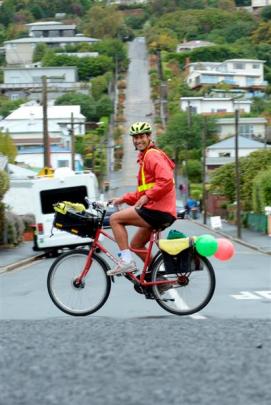 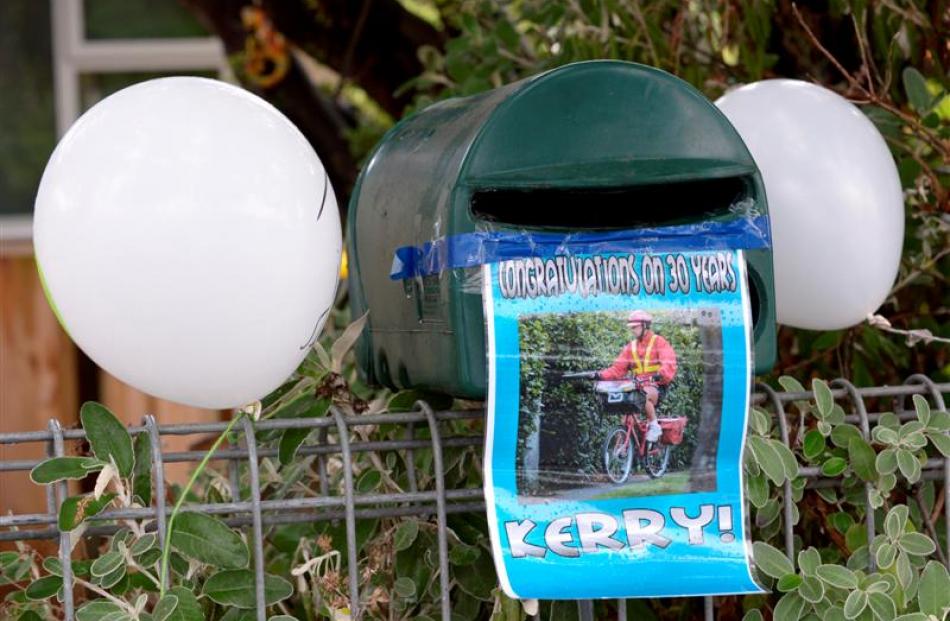 A special message on one of the decorated mailboxes. 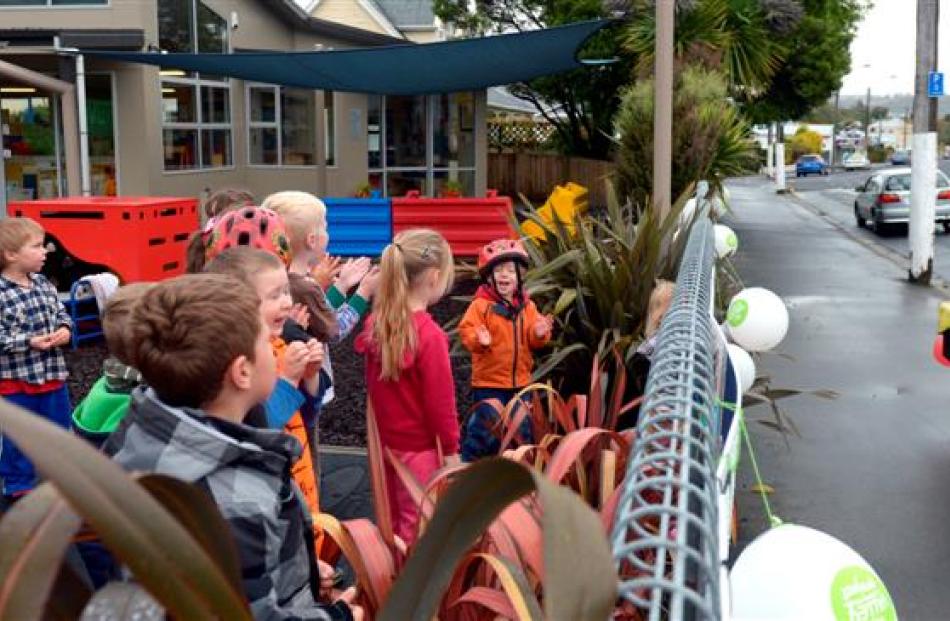 Children from Jonathan Rhodes Kindergarten, in North Rd, greet him on his round. 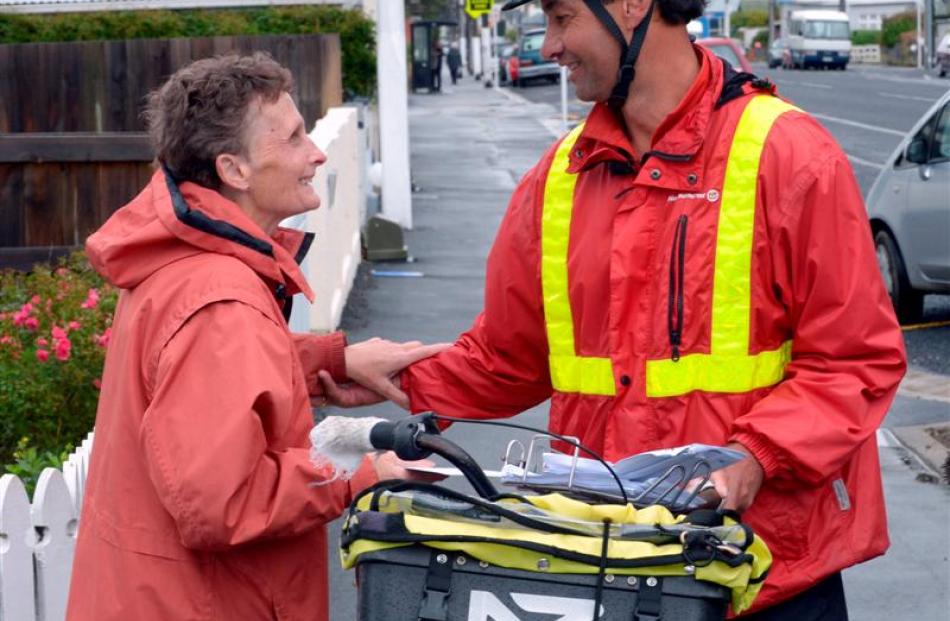 North Rd resident Betty Ferguson congratulates him on his 30 years of service.

Veteran postie Kerry Wheeler found himself on the receiving end of a special delivery yesterday.

As the Northeast Valley postman made his round he was greeted by a flood of affection, decorated mailboxes and balloons to acknowledge his 30 years on the route.

''All the balloons had special messages on them. There were hundreds and hundreds of balloons,'' he said yesterday, choked with emotion by the gesture.

''It was really nice, really beautiful. Today was very special. It was amazing.''

For 30 years, Mr Wheeler has ridden his bike around Northeast Valley delivering the mail, and yesterday was a chance for the community to show its appreciation.

He had lived in Northeast Valley for 20 years and said the community was special to him and its residents were his family.

''I'm well looked after here in the valley,'' Mr Wheeler, who declined to give his age, said.

''I have had about 1000 hugs today. All the valley was really nice and it was just wonderful.

''They always say to me `You're part of everyone's family' and they are a big part of my family.''

He realised how special the community was when its residents rallied around him following the death of his wife from cancer 15 years ago.

Their support was something he would never forget, he said.

It was the community's strength and support, and also that of the residents of neighbouring suburb Opoho, which helped him to raise his then 4-year-old daughter Anita.

''They really were just magic,'' he said.

Generally, the expression was it takes a village to raise a child, but in this case it took a valley, he said.

Remembering the community's support made yesterday even more special and he had to ''be strong'' to hold back the tears when greeted with their appreciation, he said.

The future of posties in New Zealand may hang in the balance, but Mr Wheeler would like to continue delivering the mail in Northeast Valley for years to come.

''I always knew when it got close to my 30 years, I was going to make it. I have done my big goal and now I can take it one day at a time and just enjoy what happens,'' he said.

And what will today bring? He will be back on his bike, delivering the mail to Northeast Valley homes with the same smile as he has for the past 30 years.