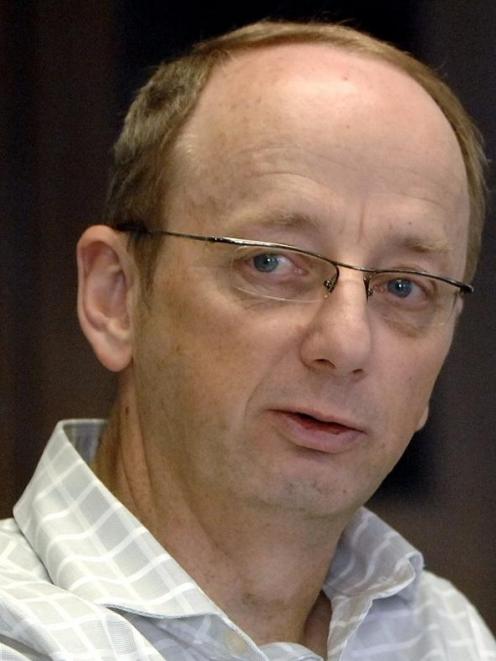 The new total is made up of about $4.3 million spent on 166 credit cards, and $534,500 charged by the council's top 36 managers and four personal assistants.

The Otago Daily Times detailed the smaller spend last week, but details of the multimillion-dollar spend have been only just been released.

This week, he said staff spent about $4.3 million in about 26,000 transactions over three years.

He revealed the figure in a letter sent in response to a request made under the Local Government Official Information and Meetings Act.

In his response, Mr Harland said he would detail the spend after the newspaper paid the estimated $8278 it would cost to research, collate, and produce it.

The newspaper's last request was processed free of charge, despite the draw on council staff hours, as he accepted there needed to be a degree of accountability for senior staff, he said.

The last request revealed the council had about one card for every three full-time equivalent positions, one of the highest card-to-staff ratios in the South Island.

It also revealed the top 36 managers and four personal assistants charged $534,500 to council cards, and that about $100,00 was spent on food, coffee, entertainment, and drinking.

The cards were intended to be used to pay for legitimate council spending, but staff had variously apologised for and repaid about $7000 worth of questionable transactions.

One person no longer worked at the council, in part due to alleged inappropriate spending.

The council had referred that case to the police.

Mr Harland could not be contacted yesterday, but acting chief executive Tony Avery said the $4.3 million was spent on operational items and paid from approved budgets.

Budgets were scrutinised in the annual plan and expenses had to be approved.

"This is not spending by staff on themselves ... this is about legitimate purchases for work-related activities," Mr Avery said.

"These are purchase cards that have a whole lot of checks and balances and approvals built in to make sure there is no inappropriate spending."

Mr Avery reaffirmed Mr Harland's position not to release any information about the staff member disciplined in relation to alleged inappropriate spending 18 months ago.

Mr Harland cited the need to protect privacy and the right to a fair trial.

Mr Avery confirmed the council was bound by a confidentiality agreement.

Mr Harland cited privacy and harassment concerns to decline the newspaper's request to release information about staff who might have apologised, made repayments, or had otherwise been spoken to about possibly inappropriate spending.

Mr Harland also declined to release the positions and names of those behind the $4.3 million spend, citing privacy and harassment concerns.

Naming them would subject them to publicity not warranted by their positions, he said.