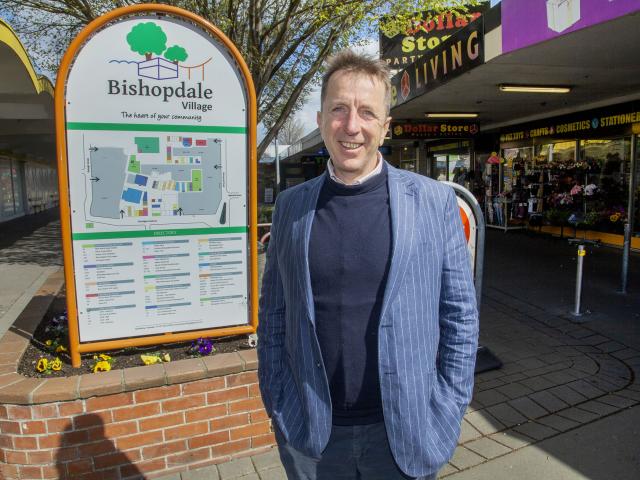 Would-be investors will be sounded out and businesses might grow as the city council works out how to break the cycle of decline at the ageing Bishopdale Village Mall.

An increasingly frustrated school community wants officials to help get a school crossing that their children can have confidence in.

A new bid is being made to restore some of Akaroa's most historically-significant headstones.

A seafarers' charity in Lyttelton could fold unless the Government paves the way for consistent funding as the sector struggles through the global pandemic.

Officials are looking at ways to improve a now rock-strewn Christchurch beach some neighbouring residents say is blighted by a needless eyesore.

The Police Prosecution Service has been challenged to improve its resources in the busy Queenstown District Court after a failed pitch to dismiss an assault case.

Prosecuting the company that built the Kmart building in Queenstown is causing ripples in New Zealand construction even as it focuses on a law to promote accountability, the Queenstown District Court was told yesterday.

The road that kept traffic moving when State Highway 1 was closed at the Rangitata Bridge will have to be sealed — and South Canterbury ratepayers may have to help fund it.

The decision is now in New Zealanders' hands.

It was dark outside, so bread-truck driver John Spain did not see that a big chunk of the Outram Bridge was missing until he was right on top of it. By then, it was too late. The three-tonne...

Decades of neglect may have saved them but further decades of neglect could see their demise. The bell is tolling for many slowly crumbling warehouses, factories, workshops, and head offices in...

Jessica Jensen expected an explosive week at the Otago University Advanced School Sciences Academy and, after plunging her hand in alcohol, she got what she expected.

Dunedin electrician Brad Latimer joined the Sea Shepherd Conservation Society to save sharks in tropical waters but ended up pulling bits of Ady Gil out of the Southern Ocean.

A Dunedin wind turbine company has given itself a March 31 deadline to get the cash it needs to manufacture turbines for the national and international markets.

The first blades for a dozen turbines to be installed at TrustPower's Mahinerangi wind farm will arrive for the site this morning.

Helen Laidlaw started playing golf at Dunedin's Chisholm Park Golf Club when she was 18 and, apart from a 15-year stint in Christchurch, Invercargill and Waiouru until 1964, has been a member ever since.

It "looks like" the Dunedin City Council owns the city's 232 bus shelters and it appears the Otago Regional Council has agreed to help fix them.

Dunedin's world cup fan zone might be shifted to the Forsyth Barr Stadium after the Dunedin City Council decided not to have it in the Octagon.
New ways to charge about 800 Dunedin businesses for trade waste have passed their latest hurdle without debate.