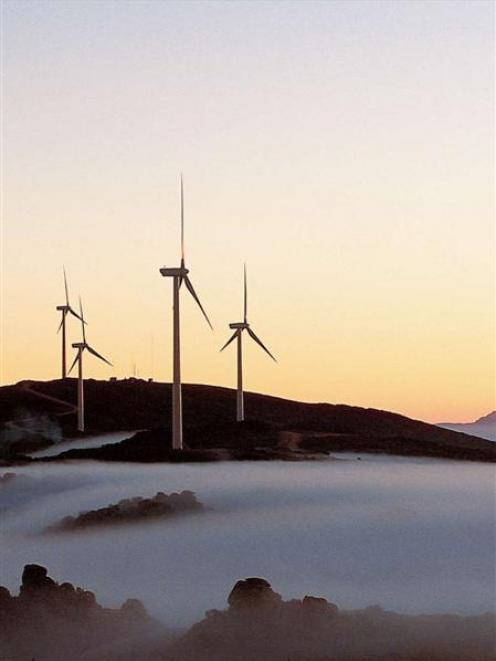 Just as happened with the 80m towers that will support them, the 45m-long blades - for the biggest turbines in New Zealand - will leave Port Otago in a slow-moving convoy of trucks and support vehicles about 4am.

The first of the nacelles, the 72-tonne tower-top home to the turbine's gearbox and generator, will be transported tomorrow morning.

TrustPower community relations co-ordinator Pip Tschudin said the Danish-made 3MW Vestas turbines that the blades will power are the largest in New Zealand, equal to those installed at the company's Tararua wind farm.

Twelve of those Vestas V90 turbines will be installed in the 36MW, first stage of the wind farm project, due to produce its first power next month before full commission in May.

Each will be capable of suppling enough power for 1100 Dunedin homes and could offset about 7000 tonnes of greenhouse gas emissions each year, Ms Tschudin said.

TrustPower has confirmed people will be able to see some blades, and inside the turbines' inner workings, at a public open day on February 5 at Fryatt St, Port Otago (behind Fulton Hogan), from 10am-3pm.

Gold coins will be collected for Lee Stream School, the school closest to the wind farm.