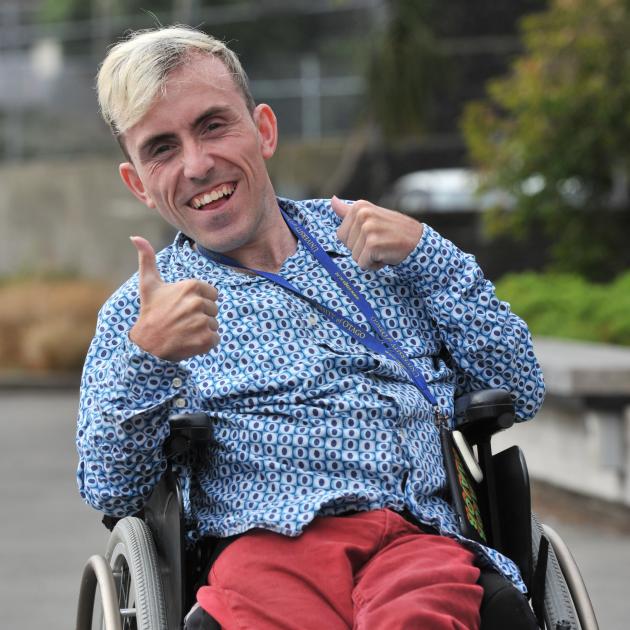 Anyone with Down syndrome, cerebral palsy, Huntington’s disease or foetal alcohol spectrum disorder can, from next month, access their funds earlier than 65, as their life expectancy is lower than other people’s.

"It’s their money and they’ve worked hard for it," he said yesterday.

"We’ve been fighting for this for years," Mr Perry, who has cerebral palsy and uses a wheelchair, said.

"I’m delighted by the changes, it will help people like Tim Fairhall and other clients have access when they need it for sickness or a family emergency etc."

People with disabilities also needed help to overcome inequality of income and lower savings, he said.

Yesterday’s initiative was effectively inspired by Auckland man Mr Fairhall, with the support of his mother, Joan.

In 2018, The New Zealand Herald first reported the plight of Mr Fairhall, after he had saved up $8000 in his KiwiSaver account from his supermarket job and always dreamt of visiting his brother overseas, but could not access the funds.

Dunedin North MP and Commerce and Consumer Affairs Minister Dr David Clark announced that anyone with these conditions was "automatically entitled to apply to withdraw from their fund" when it was right for them to retire, rather than at 65.

The listed conditions were approved because they were "known to shorten a person’s life expectancy below 65 years” .

However, withdrawal was also available for other, perhaps rarer conditions, but a medical practitioner had to verify the person suffered from a life-shortening congenital condition, Dr Clark said.