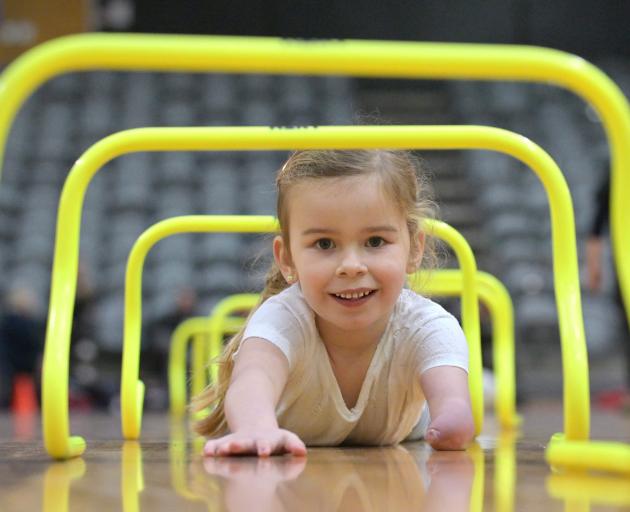 Many of the youngsters use some form of artificial limbs, and they came to Dunedin with their families from as far afield as Invercargill and Queenstown, before meeting at the 9am-1pm event, at the Edgar Centre.

The children enjoyed a range of fun, active activities, including crawling, running, agility skill events, and playing with balls.

Nichole Finlay, of Invercargill, said her daughter Eloise Holz had been looking forward to the event for weeks.

"It's been really cool, doing some of the activities."

The event was organised, on behalf of the New Zealand Artificial Limb Service, by dsport - formerly Parafed Wellington - which this year is celebrating its 50th anniversary.

The Wellington organisation aimed to "support and grow the potential of children, families and the community via events, sport and connection".

The body's manager, Catriona McBean, of Wellington, said many parents and youngsters had only met others like themselves through chance meetings at medical clinics.

The active day events had helped youngsters and their parents to meet other people who had had similar experiences, and to make connections that could be important for the future, she said.

Miss Finlay said everyone had enjoyed the event so much "it would be nice to have another one".