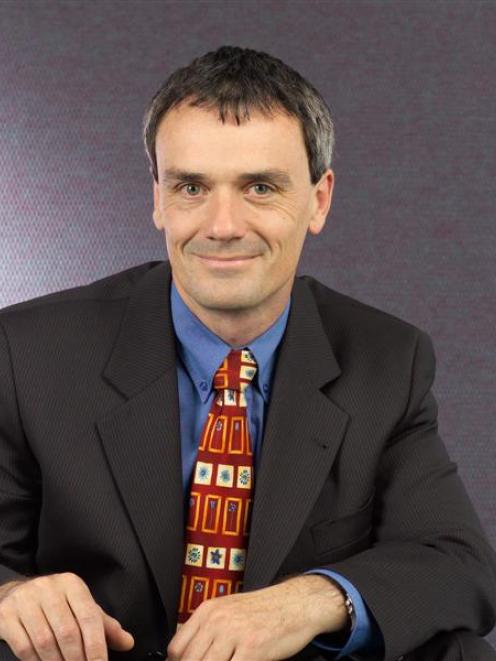 John Threlfall
Central Dunedin has become an air-quality "trouble spot" and is under the spotlight as the Otago Regional Council investigates what is causing the air pollution.

A review of air-quality monitoring data from around Otago this winter shows nine of the 10 sites measured exceeded the National Environmental Standard (NES).

The standard requires the average daily PM10 level not exceed 50mcg per cubic metre in a 24-hour period more than once a year by 2013.

It also requires levels to show a steady improvement from 2005, when it was announced.

Central Dunedin exceeded the PM10 level nine times, recording the highest daily value, 70mcg, and unlike other Otago towns had shown moderate levels of PM10 throughout the year.

Its average winter PM10 readings were higher this year than last.

The highest recorded level was 150mcg in Alexandra, followed by 141mcg in Milton and 126mcg in Arrowtown.

Environmental information and science director John Threlfall said Central Dunedin had developed into a particular "trouble spot" as it did not show any improvement this year.

As a result it was in breach of the NES.

"We've identified Dunedin is a place where more effort is needed to understand why [those results happened] and make sure that we are not allowing any discharge into air that makes that worse."

NES requirements meant Dunedin's air zone was considered to be full and no more discharges were allowed.

"We've not come across this before, but the big picture means for the next year [Dunedin] is under the spotlight."

The council could say the air zone was full and not allow any new consents or renewal of consents, or it could say a new industry was required to improve its air quality to meet the best practice of minimal discharges.

"We don't want to penalise new initiatives or renewals."

Every renewal, irrespective of the latest results, was carefully scrutinised for its air discharges.

All other towns, despite their high values, were showing the required improvements, he said.

Councillor Gretchen Robertson said there would be consequences, with the results impacting on consent holders, industry and schools.

Chairman Stephen Cairns said until the regional council knew what was causing the high levels in Central Dunedin, it would be unfair to hit businesses with tougher requirements or punish some for the problems of others.

Chief executive Graeme Martin said that would not happen, especially as industry should be working to best practice anyway.

"Industry has been warned, and they ignore that warning at their peril."

Mr Threlfall said a study was planned for Central Dunedin next winter to investigate whether the source of the air pollution was quarry dust, vehicles, domestic heating, industry or even sea spray.

"Hopefully, we'll get to the bottom of this."

Mr Martin said the report foreshadowed how serious the consequences could be for the region.

"Air shed one towns have got to get 60% of particulates out of the air in three years. That is one hell of a challenge."

This year highlighted what climate variables could do to the results, he said.

"The challenge we face is enormous."

Major advances from central government supporting retrofitting and insulation and some intensive work were needed if the council was to have a reasonable chance of meeting the 2013 deadline, Mr Martin said.

"Or we'll have definite failure and need a second crack at it, which I do not think the community will tolerate."