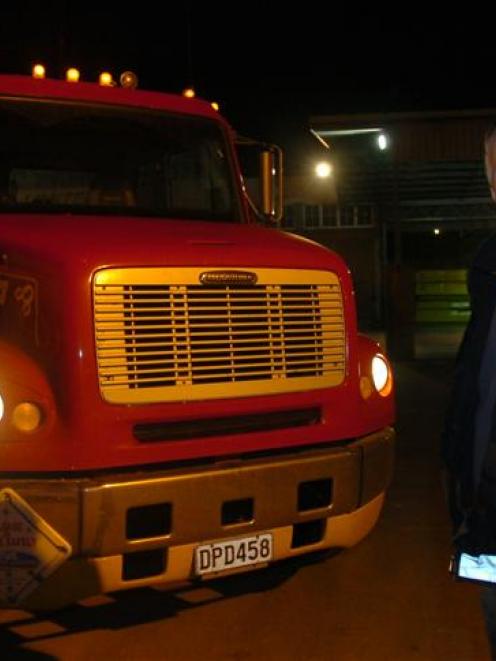 Organisers warn it is unlikely to be the last such protest.

He had received "plenty of support" from Otago transport companies.

Trucks were expected to disrupt Dunedin traffic from 7.30am and converge on the central city at 8.30am, Mr Sutherland said.

He warned transport operators would most likely protest again to highlight demands for an inquiry into road user charges.

"[Transport operators] are angry RUC charges have increased by 25% in the last 15 months," he said.

"I don't think there's any more efficiencies we can gain. We are already using fuel-efficient vehicles and driver techniques to keep costs down, so higher costs will have to be passed on."

Ms King accused the forum of withholding information from the public.

She said this week's increases to road user charges were only the second increase for vehicles over six tonnes since 1989.

Notice of the increases was not given because trucking operators pre-purchased $17.5 million of RUC licences at the old rate when charges increased last year, reducing funding for the Government's roading programme.

Forum research showed an increase of 10% to road user charges would add about 1% to operating costs, she said.