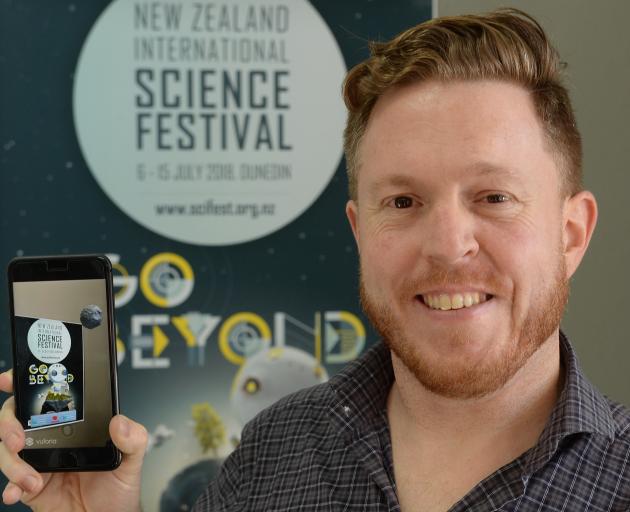 Festival director Dan Hendra yesterday showed the way an app created by Dunedin firm Peekavu Ltd enabled people to use their smartphones to watch an image of a robot on the poster in "augmented reality".

Participants could also play a game during which the robot, named Mohio (knowledge), could be "flown" to the moon, Mr Hendra said.

Wall posters had long been used to promote the Dunedin-based biennial festival,  first held in 1997, but the app provided a fun and "quirky" twist.

He was keen to break down the traditional stereotype of the scientist as a white-coated older man.

Mr Hendra said that the app and its moon-flying game were likely to appeal to young visitors to the festival, which runs from July 6 to 15.

Insights into the "surprising new robots" being developed around the world would be offered in a paid-entry talk titled "Robots: A New Generation", at the same venue on Thursday, July 12, at 6pm.

Some of the world’s top experts, including  Karen Willcox, a professor of aeronautics and astronautics at MIT in the United States, would attend the festival, which would deliver more than 200 events.

There would also be  input from Dunedin residents, including Animation Research Ltd chief executive Ian Taylor,  Prof Richie Poulton, of the University of Otago, and Igtimi Ltd co-founder Kylie Robinson.