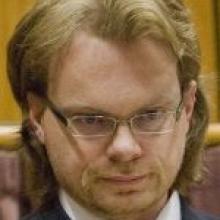 The Supreme Court dismissed his application to make a final appeal yesterday.

While legal-aid bills for this have yet to be filed, his defence had received about $269,000 to that point.

Of this, $225,048 was for the High Court trial and $44,636.50 for the Court of Appeal proceedings. Other than lawyers' time, legal-aid grants may include the cost of expert witnesses, forensic tests, investigators and office costs.

The Supreme Court decision was welcomed by the family of murdered Dunedin woman Sophie Elliott (22).

They hope it ends a three-year legal ordeal, and they have questioned the appeal process.

Weatherston (35) was found guilty of murdering Miss Elliott on January 9, 2008. He is serving a life sentence with a minimum non-parole period of 18 years.

The former University of Otago economics tutor's appeal against conviction was dismissed by the Court of Appeal in June.

In July, he applied to the Supreme Court for leave to appeal against that dismissal.

Last month, Miss Elliott's father, Gil, told the Otago Daily Times he wondered when the ordeal would be over for the family, and said yesterday there should be an end to these "meritless appeals.

"They should not be allowed. It is costing you and I and every other taxpayer a lot of money and causing us and the rest of the family a lot of anguish."

Weatherston could still appeal to the Governor-General for the prerogative of mercy, but "if he went down that avenue he would be an absolute bloody fool".

"What he should do now is accept he murdered Sophie and just stay there and serve his time and stop being a damn nuisance to society," Mr Elliott said.

Weatherston, in his latest application, argued a television interview by Law Commissioner deputy Warren Young about his provocation defence prejudiced his case, and raised some aspects of his cross-examination.

The Supreme Court noted "there is no appearance that there may have been a substantial miscarriage of justice".

Miss Elliott's mother, Lesley, said she was "relieved that it is over and not going to go any further".

While Weatherston was entitled to legal representation, she questioned why the case was allowed to "go on and on, and use up more and more funds ... when he didn't have a hope of winning".