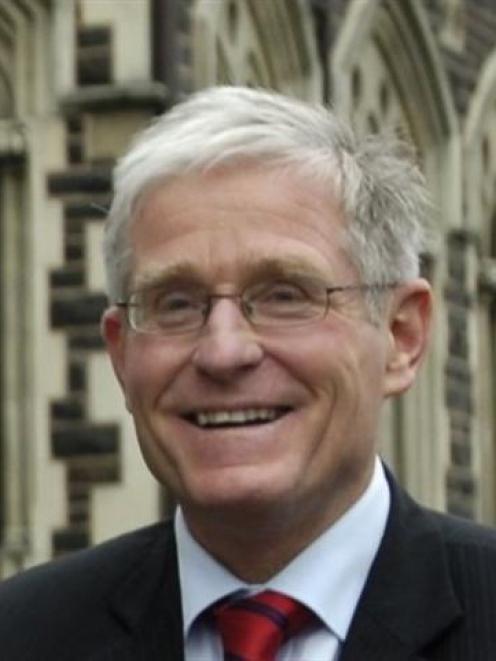 Mark Henaghan.
A University of Otago law professor believes Clayton Weatherston's controversial defence of provocation would have failed, whether the media had created debate about the defence or not.

An appeal against his conviction was dismissed by the Court of Appeal yesterday.

Weatherston (35) was sentenced to life imprisonment with a minimum non-parole period of 18 years for stabbing his former girlfriend, Sophie Elliott (22), 216 times in January 2008, after a jury rejected his defence that Ms Elliott had provoked him into killing her.

His lawyer, Robert Lithgow QC, appealed the conviction in April this year, but the decision was reserved until yesterday.

One of his key submissions to the Court of Appeal was intense public and media debate about the defence of provocation had prevented Weatherston from getting a fair trial.

However, University of Otago Faculty of Law dean Prof Mark Henaghan said even if there had been no media debate about provocation during the trial, Weatherston's defence still would have failed.

"In this case, the jury would have been better influenced by Weatherston himself.

"His defence depended on his ability to show he had been provoked.

"Juries have accepted provocation in the past as a defence.

"But Weatherston just didn't come across that way."

Basing an appeal on the idea that media coverage of provocation had undermined Weatherston's defence was also doomed to fail, he said.

"There was so much media coverage out there about provocation - some taking a positive view, some taking a negative view - it all balanced out in the end."

Prof Henaghan said the media was beginning to push the boundaries of reporting on court trials, but information provided in the Weatherston case was fair.

He said blog sites were publishing information about court trials which was sometimes defamatory, and could not be published under normal media rules.

"Because of this, TV and print media are pushing the bar out further than what it should be, just to keep up with these blog sites.

"I don't think the media are getting close to undermining the courses of justice yet. The material in this case from the media wasn't misleading," he said.

Other grounds of appeal related to the trial judge Justice Judith Potter's summing-up and directions to the jury, alleged misconduct by the prosecutor at trial and challenged the use of photographs of Ms Elliott's wounds as exhibits in the trial.

However, the Court of Appeal dismissed all grounds of the appeal.

In a judgement, the Honourable Justice Robert Chamber said any question of prejudice created by media coverage of the trial was resolved by appropriate directions from Justice Potter to the jury.

The Court of Appeal found there was no evidence that any juror saw the media stories and, even if they had, no reasonable juror would have been improperly swayed by them.

Justice Potter repeatedly warned the jury to ignore media coverage related to the trial and her summing-up gave jurors no room to meditate upon, or express a view, on the defence of provocation.

Justice Roberts found evidence of Weatherston's veracity was admissible, and the trial prosecutor was entitled to cross-examine him on the truthfulness of his evidence.

The court found Justice Potter's directions to the jury were adequate, there was no misconduct by the prosecutor, and the photographs of Ms Elliott's wounds were admissible as exhibits.

The decision was a relief for the Elliott family.

Ms Elliott's mother, Lesley Elliott, said anyone who had read the recently released book, Sophie's Legacy, would realise the Appeal Court Judges had come to the right conclusion.

"The family are relieved the judicial side of our loss is finally over."

Mrs Elliott said the family appreciated all of the support they had received, but yesterday asked for their privacy to be respected so they could reflect on what had been a harrowing ordeal over the past three and a-half years.

The Weatherston family could not be contacted for comment yesterday.