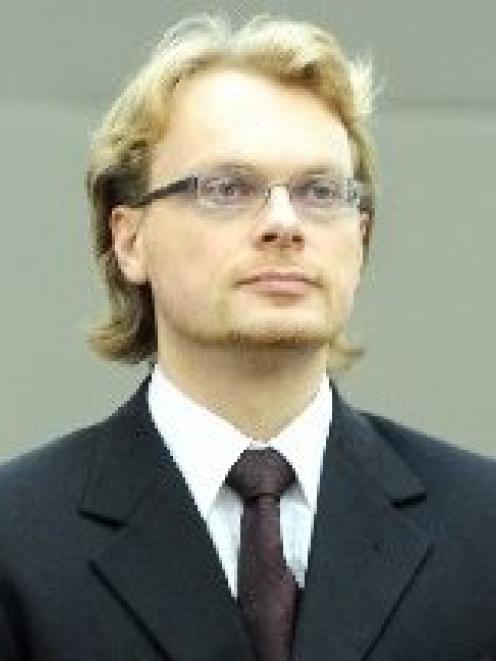 Clayton Weatherston
The parents of murdered Sophie Elliot are glad a three-year legal saga is finally over.

Former Otago University lecturer Clayton Weatherston today had his application to make a final appeal against his murder conviction rejected.

The 35-year-old is serving a life sentence with a minimum non-parole period of 18 years, for the 2008 murder of his former girlfriend and ex-pupil Sophie Elliott.

Weatherston was convicted of Sophie's murder in 2009. He admitted stabbing and cutting her more than 200 times but used a defence of provocation.

He had sought leave in the Supreme Court to appeal against the Court of Appeal's dismissal of an earlier appeal.

In its ruling today the Supreme Court said no arguable matter of public or general importance has been raised in Weatherston's appeal, and there was no appearance that there may have been a substantial miscarriage of justice.

Sophie's father Gil Elliot said he was relieved the legal process was over because it had taken "a jolly long time''.

"After all she was killed on the 9th of January 2008 and we're now most of the way through 2011. And I've always maintained he should not have been able to appeal because this particular murder was not a whodunnit, he was caught on the spot.

"It's good that it's finally over and he can just rot away in prison now and that's what he deserves.''

Mr Elliot and his wife will continue to uphold Sophie's legacy in a number of ways, he said.

He was working on making the criminal justice system more "victim-friendly''; his wife gives talks about abuse and signs of abusive relationships to schools and women's groups around the country.

"It's part of Sophie's legacy in many ways that we are trying to improve things for other people, and wouldn't want it to see it happen to anybody else's child.''

Sophie's mother, Lesley Elliot, said: "We're pleased that it's all over, it's a relief to have it all behind us.''

She was shocked and surprised that Weatherston had sought to appeal to the Supreme Court.

"I personally felt quite offended because I felt like he got a fair deal and he did what he did, and he needed to take some responsibility.

"He's gone as high as he can go, so I hope that that will be the end of it from his point of view.''

Weatherston filed an application to appeal the murder conviction based on a television interview given by a Law Commissioner, Dr Young, during the trial and comments the trial judge made at a post-trial conference of judges.

The court rejected both grounds, and also rejected a claim that the prosecution should have obtained leave before challenging Weatherston's accuracy by cross-examining him on what he'd said about events before the murder.